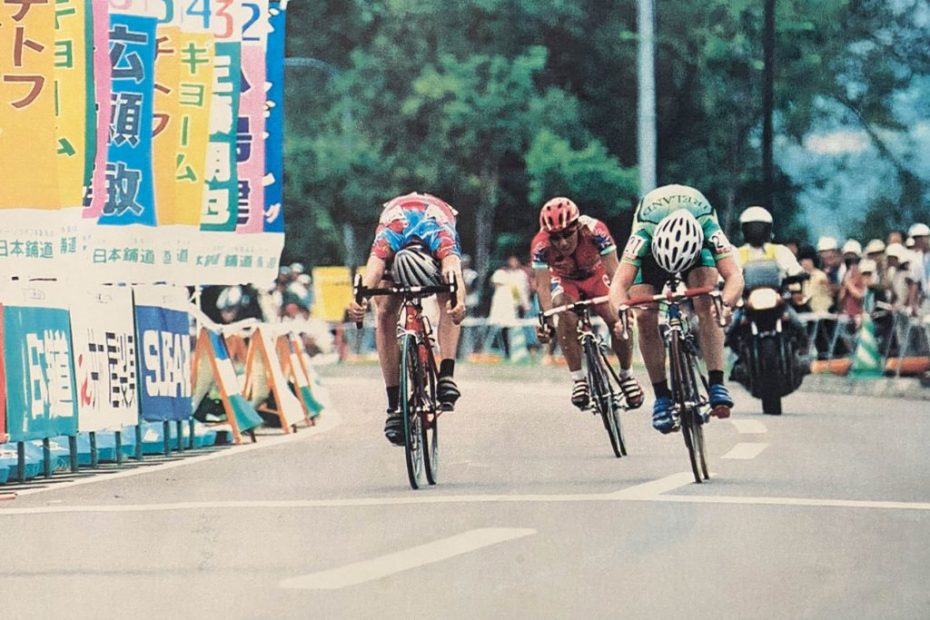 From crashing out of a Mexican race – and calling time on his professional riding career as a result – to piloting the Rally Cycling organization back to competition in a post-pandemic world, Jacob Erker our COO has seen more than most people. In the latest instalment of our “Things With” interview series, get to know the Canadian who now calls Oregon his home.

It’s been trial by fire. I’m just learning as I go along, but it’s been exciting. I’ve been with the team twelve years, but it feels like so much less, it’s just gone so fast. It’s very collaborative at Rally, everyone’s input is appreciated and we’re always learning from each other. I do a little bit of everything on the administrative side. Every day is different.

Returning to any kind of racing seemed an insurmountable task at times. I think we all felt a sense of optimism when things started to open up again in the US, but then everything turned, and the numbers skyrocketed again. Those were some worrisome days. It’s scary when you see 60-70,000 cases a day, and we’re asking, “Hey, wanna go bike racing?” But then you look at France or Spain and the numbers are only 1,000 or so, which is alarming but it’s not as extreme as here. In a sense, being in Europe is a better situation for our team.

Navigating the new rules around COVID-19 has been an immense challenge. We’ve had to figure out who is able to travel over to the European races, our Canadians and Americans who have visas or residency in Spain, and Chloe Hosking, our Australian. We also made sure the staff and riders were comfortable with making the trip. Last but not least, we needed to be sure that we’d established not only the UCI protocols for testing and health but our internal protocols too.

Designing the race program was the next problem. Typically, the men would have a double program, but with fewer riders able or prepared to travel, a single program looked most realistic. We dipped our toes in with Le Tour de Savoie Mont Blanc. We wanted to make sure not only that we could travel halfway around the world without any risk, but that we feel safe being there at the race itself, with all the UCI protocols being followed. Seeing Gavin capture two wins over there was immensely satisfying for all of us.

We’re racing only if we deem it’s safe. We’re not trying to do too much or make up for the races we lost. The men have a cautious program that’s not going to over-stress our ability to keep things safe. For our women, we’ll have a single program starting with La Course at the end of August. If we can run all the races currently scheduled until the end of October, we would deem that a success.

We’ve brought in two French trainees. They are from Sojasun Espoirs which is a great opportunity for them, but also relieves a bit of the pressure to get our Americans over safely. Our European GM Stéphane Heulot has a tremendous amount of experience with the team and has a good eye for developing talent, so he presented us with two riders, Jason Tesson and Maël Guégan. They were tested and entered into our race bubble. It wasn’t too complicated. It’s a good situation all around and they were awesome in Savoie Mont Blanc.

I raced for nineteen years. Nine of them professionally. I’m originally from Canada, but racing took me down to California where I eventually turned pro and met my wife Laura. I raced a US calendar with Schroeder Iron and then moved onto the Canadian Symmetrics team based out of British Columbia. I raced with them from 2005-2008 until that team stopped, and then I landed at Kelly Benefit Strategies, the original Rally Cycling team, in 2009.

Erker loved racing in Japan and claimed third in the 2004 Tour de Okinawa.

I had a massive crash at the Vuelta Chihuahua in Mexico. It was in October 2009. It was my first race back after breaking my collarbone earlier in the year. At the finish of one of the stages I hit a huge Botts’ dot – down in Mexico they’re basically the size of a cannonball – and I just went flying. I broke my hip and had a compound fracture in my arm. I had to have surgery in Mexico because it was open, the bone came out, it was pretty nasty. The surgery was fine, and I came home, but after several weeks, my arm swelled up and didn’t seem to be healing. After multiple x-rays, they found I had a bone infection that was preventing it from healing, so they had to do a bone graft from my other hip and plate my arm back together. That was almost a year later.

I basically retired from racing when I hit the ground back in the USA. With a young child at home and feeling like my luck was running out, I was lying there, less than 100m from the finish line and just said to myself, “I think that’s it”. Jonas Carney gave me an opportunity to become a director with him in 2010 and then in 2012 we brought Optum in as our title sponsor and added the women’s program. With that, we doubled in size, and I took on the challenge to become the general manager of the entire program. We’ve kept expanding year after year, growing with UnitedHealth Group and through the Optum years, then becoming Rally Cycling. The crash I had was brutal but on the positive side, if it hadn’t happened, I wouldn’t be in the role I have now, which I truly enjoy.

I learned so much from Charles Aaron. I always tried to take in as much as I could from Charles. He’s been running teams for decades and his priority is always to focus on bringing meaning to our relationships with our team partners – no handouts. Everyone around him shares this philosophy, and of Rally Cycling being a health and wellness platform, not just a bike racing team. It’s a way of thinking that’s important to all of us.

Rally Cycling is a health and wellness platform. We just happen to use bike racing as the pathway. When racing stopped, we were able to adapt fairly strongly, adjusting our focus onto campaigning about staying home, looking after health and emotional wellness. I think that was a good thing for our community and for all of the employees at UnitedHealth Group and Rally Health. It’s a testament to our communication team, who took on the burden of switching gears and keeping the team at the forefront, augmenting what we do when not racing.