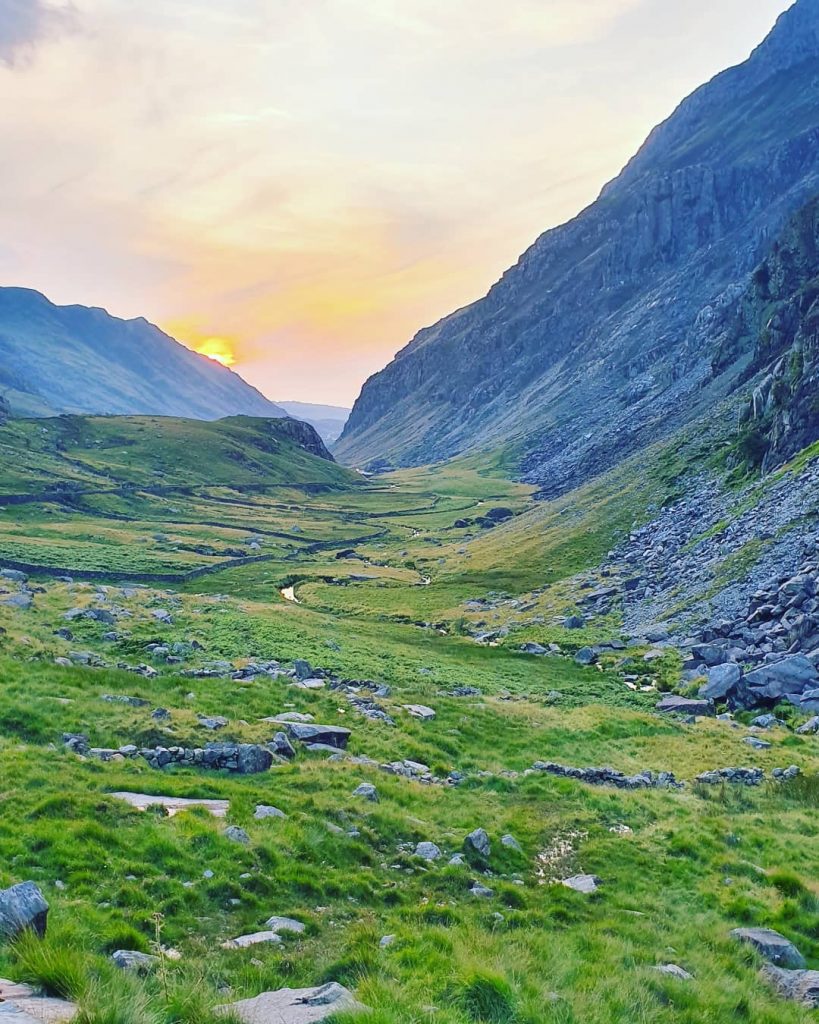 Working in education, I’m often stuck with having only school breaks to take my holidays in and October half-term was one of the last few options to use it up ahead of Christmas. Wanting to do something productive, I twice headed up for some Autumn cycling in North Wales with my bike.

I went to Uni in Bangor and have been up plenty of times since with a bike, usually with some friends staying in a bunkhouse in the valley between Llyn Ogwen and Betws y Coed. This, however, was to be a one day blast round some of my favourite roads and climbs.

Predictably I got up there (only 2 hours direct from Birmingham) to find it threatening to rain and the wind gusting in off the sea. To add insult to injury, it became apparent I was committed to a 25-mile cycle down the Conway valley into a headwind.

Getting held up at a level crossing so old-fashioned that a man actually came out to do the gates, I made the call to pull out the rainjacket which was vindicated immediately. Always prepared! (as long you ignore the water bottles I left at home).

It’s a nice relatively flat run down the valley bar one easy enough Cat 4 climb past the Natural Trust’s Bodnant Garden and after an hour and a bit I was in Betws y Coed. The fun starts here…

The climb out of Betws y Coed past Swallow Falls is steep in places but the gradient is low enough to remain in the saddle the whole time. It then eases off past the Ugly House before becoming harder work again up to Capel Curig. It’s a fun climb because you’re never in danger of not being able to survive but hard enough work to still be a challenge. I’m just outside the top 10% on this climb but still nearly 2 minutes behind the pros who rode here in the Tour of Britain.

Finally reaching the peak of the ride at Llyn Ogwen, there’s a 5 mile descent…with a tailwind! After some scary sidewind moments it started pushing me along letting me cruise at about 30mph. The upside to Autumn cycling! Into Bethesda I’d told the route to go up and over Bangor mountain by using a cycle path that turned out to be covered in leaves and branches, a standard for Autumn cycling. It was a decent test of bike handling that I passed. A wheelspin moment on a 25%+ gradient nearly saw me off but the desperate unclipping of shoes from pedals just about gave me chance to stick a leg out to stop me falling.

I gave myself a bit of a tour around my old Uni stomping ground of Bangor, passing all the sights and sounds, cycling up the imaginatively named ‘Bitch Hill’ and up around the main uni buildings before heading down the hill and out the city (yes, it is one).

The third section of the ride was to use the cycling network path across the top coast of Wales to get back to Llandudno. This is a low traffic route through some narrow lanes and also never losing sight of the sea. With Autumn cycling, it’s interesting to see the brown leaves and hedges.

Eventually, you lose sight of Anglesey and have the weird sensation of cycling over the main A55 tunnels before going down right on the beach at Penmaenmawr. I took advantage of the bench on top of the tunnels and took a picture of Llandudno bathed in light – finally some sun!

Another favourite climb was ahead, the old Conway road over the Sychnant Pass. There’s some steady climbing up to it and then all of a sudden after a sharp left turn, you’re faced with a steep climb that seems unrelenting. Disappointingly there was no ice cream van at the top when Autumn cycling but the descent into Conway is a quick one and it’s fun cycling around the castle and over the estuary bridge.

I’d saved the climb around the Great Orme for last. It’s a one-way single track toll road for cars but free for cyclists and the way up was sheltered from the wind that had picked up again. It feels like 3 or 4 separate ramps as you slowly wind your way around and upwards until you see the castle-like ramparts of the lighthouse and the cafe at the top. It also probably gave the best Welsh Autumn cycling view.

Coming round the corner though I was hit by a wall of wind and reduced to an absolute standstill, some expletives later, I’d got moving again. The downside of Autumn cycling! The crosswinds on the descent where genuinely worrying but I made it, trundled down the Promenade and made it back to the station where I could put my feet up and head home.

69.2 Miles in 5 hours – not the quickest but the wind played its part!

Details of the ride on Strava