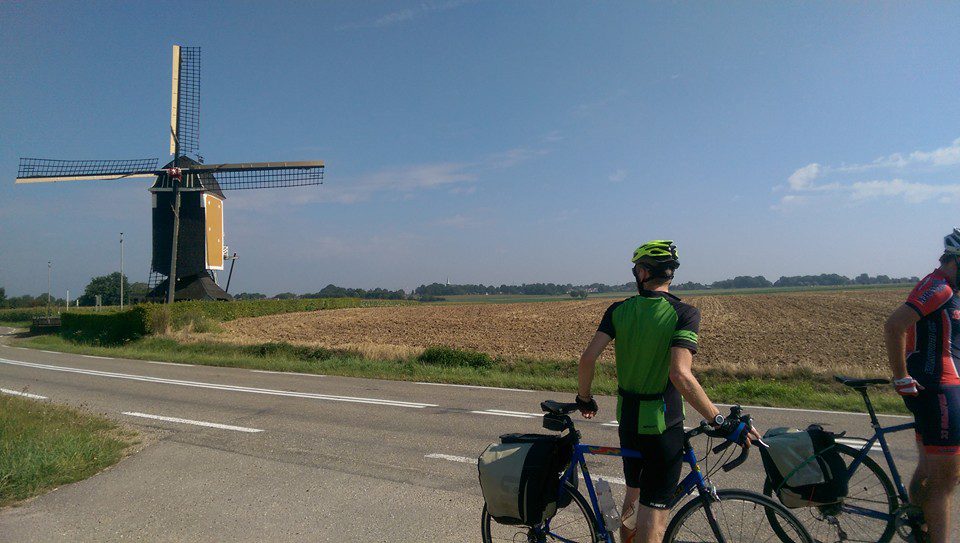 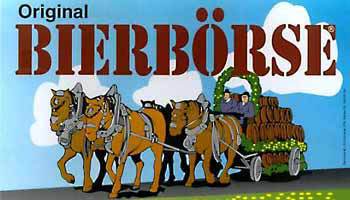 At the start of the year we came up with a plan to visit Cologne for a beer festival and combine it cycling somehow. Not wanting to waste time cycling from home we took the Eurostar to Brussels to head off from there. It meant leaving home at 5am to head into town, briefly smashing one of my panniers on a bollard as I misjudged the size of a gap and catching the train to London. The short cycle from Euston to St. Pancras was fine and we dropped our bikes off to be put on the train. As we tried to go round the front to go through security it turned out I’d printed off everything but our actual tickets, I just had a copy of the booking confirmation somehow. Having not brought the card I booked with we couldn’t use the machines to print off so I had to use my persuasive powers to get someone in the booking office to print them for me, crisis averted!

We sat on the train watching Southern England and Northern France fly by, before eventually reaching Belgium and Brussels. We picked the bikes up from the cargo area and spent ages trying to put the panniers back onto the bikes, hadn’t quite learnt the routine and our cheap panniers on a non matching rack meant some bodging was necessary with bungees. The Garmin struggled to pick up our location outside the station but once it kicked in and we were facing the right way we started on our way. Leaving the centre of Brussels wasn’t particularly picturesque and the route eventually followed a river through a large industrial area, a great introduction to Belgium – eventually however we ended up punching through and escaping the city into some countryside by the airport. We found ourselves on a very long and very straight cycle path next to a busy main road and had a couple of episodes of stopping to sort out panniers as George destroyed clips and had to re-adjust.

At Werchter we turned off the road and followed a path alongside a river that was busy with cyclists despite it being 1pm on a Thursday. We stopped for lunch at an Aldi in Diest, refilled the supplies and pushed on. We joined the Albertkanaal at Hasselt and ended up creating our own fun by racing on the wide traffic-free road alongside, we spent 5 miles trying to out do each other and managed to fly through at 20mph+ even with the bags. The Zandvoort racing circuit of vintage F1 fame was on our left and something was driving round it but the barriers were disappointingly just tall enough to prevent us from seeing. The canal road was nice and flat with the exception of the locks which had a short drag uphill each time.

We pulled off the canal for the last stretch to our overnight stay and then the Garmin died on us. I hooked it up to the portable battery and we sat down for 20 minutes on a path by some trees to let it charge up. We went through a few small towns before turning off into the forest and a fun descent down to our stop at Sonnenvijver just outside Maastricht. We’d arranged ourselves an Airbnb in what looked like someone’s summer chalet in the forest, by a lake. We chilled, showered and headed out to the other side of the lake to a restaurant for a nice dinner and time to relax before heading to Cologne the next day.

We set off the next day out of the woods and off into Holland, our first destination was Valkenburg, a detour I’d enforced after looking at the map during the planning stages. Valkenburg is famous for hosting the annual Amstel Gold Race which ends on the well-known Cauberg hill. It has also held the cycling World Championships 5 times and a couple of Tour de France stages. On our way there, we passed an iconic windmill that often gets pictured in the race and took our own. The Cauberg itself is quite short and sweet, just steep. I took it easy at a constant speed, Rich shot off and promptly fell into a stinging nettle bush trying to change his chain from the big ring to the inner ring. George’s knees were hurting him so he pulled over to see what Rich had done and I made it all the way to the top in one go and waited for them to come up whilst eating some waffles. Embracing the Dutch spirit!

Coming off a roundabout I very nearly stacked it, crossing the road with the cycle path I managed to slide a bit going across a concrete gutter which the pannier bags made worse, somehow I managed to hold it and we avoided a crash! We managed to enter Germany without realising it, the route took us down a horrible small lane that had brutal cobblestones and when we came out the other side I noticed that the road signs had changed and the parked cars now had D registration plates – it wasn’t for another mile or so before we saw the first road sign with some German on it to confirm it. We found a Lidl in the next town and sat down for lunch in the car park, getting a few odd looks. Shortly after we’d got going again George managed to break a clip on his panniers which meant stopping for awhile and Rich hiding by a hedge to get himself out of the sun. He’d already got the moniker of Captain Redleg after just one of his legs caught the sun the day before and had gone, unsurprisingly, very red. We waited for George to finish re-lashing his panniers to his bike and watched him purposely stride across the road onto the left hand side to get going – a quick ‘George mate, Germany’ and he realised what he’d done!

The route kept us on bike paths for the most part, keeping us off busy roads but being able to enjoy their beautiful view to the side. At one point the path crossed sides and we missed it so were on the road coming up to a roundabout. A German driver who had turned into the relief lane took the time to stop and shout out of his car at us. The German was quick and I’d so far only had a supermarket trip with little interaction to think in German so far – the one word I did understand was ‘Idioten’, plainly he thought we should’ve been in the cycle path! On one stretch shortly afterwards that definitely didn’t have a cycle path, Rich had pulled in ahead for some directions, as I came past I told him we were going straight on before slamming on the brakes 50 metres further on. On the ground was a genuine real €50 note! I picked it up and spent it once we’d got to Cologne on everyone’s shopping, spreading a bit of good karma.

We had a brief detour to avoid a bridge it turned out was very much closed and impassable but managed to end up on the outskirts of Cologne before heading into the city through some cycle paths between the fields and in the parks and before we knew it we were at our apartment for the next few days. Quick trip to Lidl later and we were chilled out relaxing on the terrace with a well earned beer. The days of beer festival in Cologne afterwards were also good!