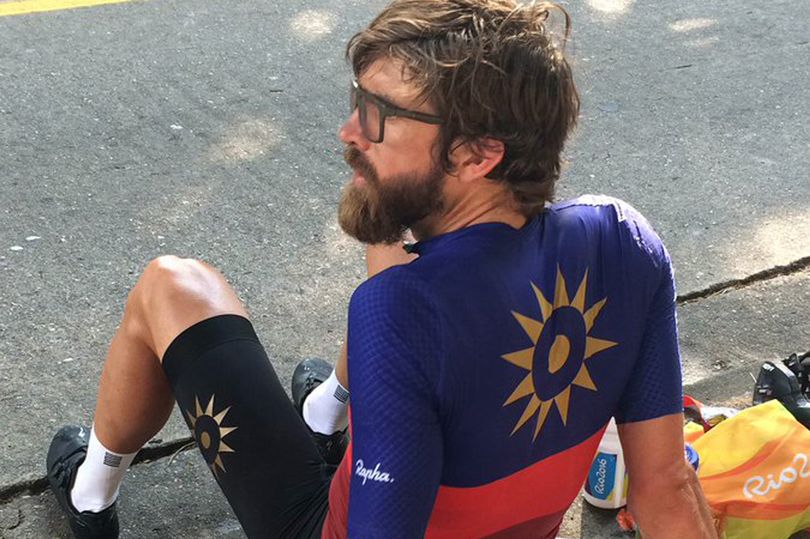 Cycling’s greatest tourist is the evergreen Dan Craven. Over the last 15 years, he has taken part in races in 45 countries. Most of the obvious European cycling countries are included. But he’s also done races in the likes of Gabon, Republic of Congo and Mauritius. Craven has only taken part in one Grand Tour – the 2014 Vuelta and never raced a Monument so he’s not a household name. My mum certainly doesn’t know him.
Those who follow cycling regularly will have come across him though, particularly when it comes to representing his home country of Namibia.

You get the impression that Dan Craven enjoys the responsibility of representing Namibia. His major sporting influence growing up is the same one that made me hear of Namibia for the first time when I was a kid – Frankie Fredericks. Fredericks, a top-class track sprinter, was runner-up in the 100 metres to Britain’s Linford Christie at the Barcelona Olympics. He never won a gold medal but took home 4 silver medals across the 1992 and 1996 Olympics.
Other than that, Namibia regularly takes part in the Rugby World Cup but their record isn’t great. Played 23: Drawn 1 (abandoned game), Lost 22.

Craven made the move to Switzerland in 2005, after finishing university in South Africa, and began racing for Team Fidibc.com. He then spent 4 seasons racing in the UK between 2009-2012, representing legendary domestic team Rapha-Condor and IG-Sigma Sport. It’s after this spell, that the teams get more varied. 2013 he was racing for Synergy Baku in Azerbaijan. The first half of 2014 he raced for Bike Aid (a German team with strong African connections). Then Team Europcar snapped him up until the end of 2015. After that he spent 2 years at Israel Cycling Academy before spending 2018 on German team Embrace the World.

All in all, just 4 years at Pro Continental level but it gave him the opportunity to be the first Namibian to take part in any of the 3 Grand Tours. This was the Vuelta a Espana in 2014, where he finished higher than the likes of Luke Rowe, David Millar, Carlos Betancur and Nathan Haas in the GC standings.

So being one of the few global Namibian sports stars is something Dan Craven takes seriously, even if it means having a bit of fun sometimes. During the Olympic Road Race in Rio, people saw a rider live-tweeting the race from within the peloton on Twitter. It turned out it was his girlfriend tweeting but the whole thing gave Craven a load of new fans. The distinctive but awesome Rapha kit (seen above) also stood out.

Armed with more Twitter followers, the brutalness of that road race and the injuries it caused meant some starting spots opened up for the Olympic TT race. Dan asked Twitter if he should give it a go and was strongly encouraged to get out there. He hadn’t travelled to Brazil with a TT bike or any aero kit, so he took part as if it was a roadman’s TT. Craven finished last, but only 11 seconds behind the Turkish National TT champion who was 34th. Unlike Craven, he raced in aero-kit, although was hurt from the road race in fairness. Nambia only had 10 athletes in the 2016 Olympics. So the chance to represent his country further was a big deal to Craven.

The biggest win in his career arguably is the African Continental Road Race back in 2008. In Morocco, he raced solo. With no-one else on the Namibian team, the South African women’s team gave him water bottles. He’s finished on each step of the podium with a 2nd place in 2013 and a 3rd in 2010.
He has never won the African Continental time trial but still managed 2nd in 2006 and 3rd in 2008.

Craven’s achievements are all the more impressive as he suffers from Chronic Fatigue Syndrome. He’s also been concussed twice in races 6 years apart. Throw in some viruses, from racing in China and Azerbaijan, and Craven has done well to race as much as he has.

He actively takes up the mantle of being a role model for African riders. Being an advert for Namibia and to those who want to make it at the highest level. At 36, there’s still time to race in a few more countries too. Especially if he keeps racing well into his 40s like Davide Rebellin.

Full list of countries Dan Craven has raced in