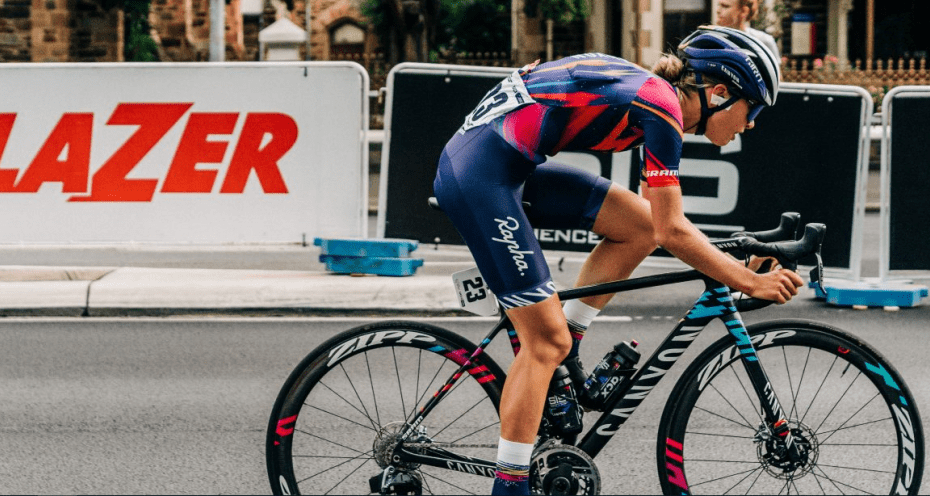 Ella Harris took the sweetest victory of her young career when she won the second and final stage of the Women’s Jayco Herald Sun Tour in Falls Creek, Australia. Riding for the New Zealand national team, Harris repeatedly fought her way back into contention for the stage win after being dropped several times from the lead group on the final 30km climb. The 2018 CANYON//SRAM Zwift Academy winner was emotional and exhilarated after the finish, claiming her first UCI win of her career, and stated that her win further consolidated the success of the innovative talent identification programme.

“I just couldn’t really believe it, after the suffering I went through to battle my way back into contention so many times, to be in the mix at the finish and actually cross the line with no-one in front for the first time was amazing,” explained Ella.

“It was my goal for the year to win a race and to also gain my first UCI podium, so to tick both of them off at once up a rather epic climb was surreal. I felt like I had the legs to podium or even win a race at this level after Women’s Tour Down Under and Cadel Evans Great Ocean Road Race, but a lack of experience meant I made a few errors which affected these chances each time. To learn from these mistakes and play my final cards perfectly up Falls Creek was the biggest reward and the best feeling after all the recent close results and the hard work I had put in,” added the 21-year-old New Zealander.

After being the third winner of the CANYON//SRAM Zwift Academy, Ella said she was excited that yesterday’s stage win has further validated the success of the innovative programme.

“I’m particularly excited that this result really highlights CANYON//SRAM Racing and Zwift’s willingness to start such an initiative. I like to see this win as confirmation that the Zwift Academy is a credible and legitimate programme, even if it isn’t a traditional means of talent identification – I simply wouldn’t been here without it. It feels like I’ve finally given back to both CANYON//SRAM and Zwift after their endless support and everything they’ve done for me; now I’m hungry to win some more. The next goal is for it to be in CANYON//SRAM kit, as celebrating with my team would be even better, although it’s pretty hard to beat winning in the New Zealand National kit on Waitangi Day!” beamed Ella.

A summer weather storm forced race organisers to adjust the parcours ahead of the stage, and Ella explains her approach to the shortened stage.

“The stage was initially supposed to both start and finish at the Falls Creek ski village, so have a 30km descent with a small 10km flat loop followed by the 30km climb back. Unfortunately there were storms passing through so they made the call to start the race at the bottom of the climb without the downhill section. I was quite disappointed by this as the descent played to my strengths and I was looking forward to letting rip down there. This changed the race dynamic significantly and meant there would be an intermediate sprint 1.5km and 10km into the race, a QOM point at 15km and then the finish at 45km. My plan was simply to be as well positioned as I could at all times on this first flat loop because I knew it would be frenetic, and I needed all the energy possible for the 30km grovel to come! From there I would bide my time sitting in and matching the tempo up the climb until an opportunity arose or I could no longer match the potentially tough pace,” said Ella.

Ella continued “To be honest, I wasn’t feeling the best at the beginning of the stage, particularly with the fast start. I had burnt a lot of matches on the previous day limiting my losses after getting caught out by previously un-forecasted crosswinds with 40km remaining. I ended up having a far tougher day one than anticipated which left the legs a little heavy and slow to get going. They warmed into it as the climb went on, but I wasn’t having the best sensations I’d ever experienced! I couldn’t match any of the accelerations which I put down to this fatigue, so concentrated onto maintaining a steady but high intensity to regain contact once the pace settled each time.”

“Although slightly demoralising being dropped five times, this worked well and the encouragement from the SRAM neutral support car each time I went back and forth definitely spurred me on! Once we hit 1km to go, there were further accelerations but they weren’t as strong as previous, which made me sense that the others were also tiring. I could see the finish from a long way out and once I got a sniff of it, I was fully committed to hanging on for dear life. The motivation to gain a podium was pretty strong at this point and when Lucy (Kennedy) started pushing from 500m, I realised I actually had a bit more left in me than the others. With 300m to go, I fully committed and buried myself all the way to the line. I did the same move that I tried at women’s TDU going into Stirling, but with the gradient a little steeper and less riders in the mix, I managed to pull it off this time” finished Ella.