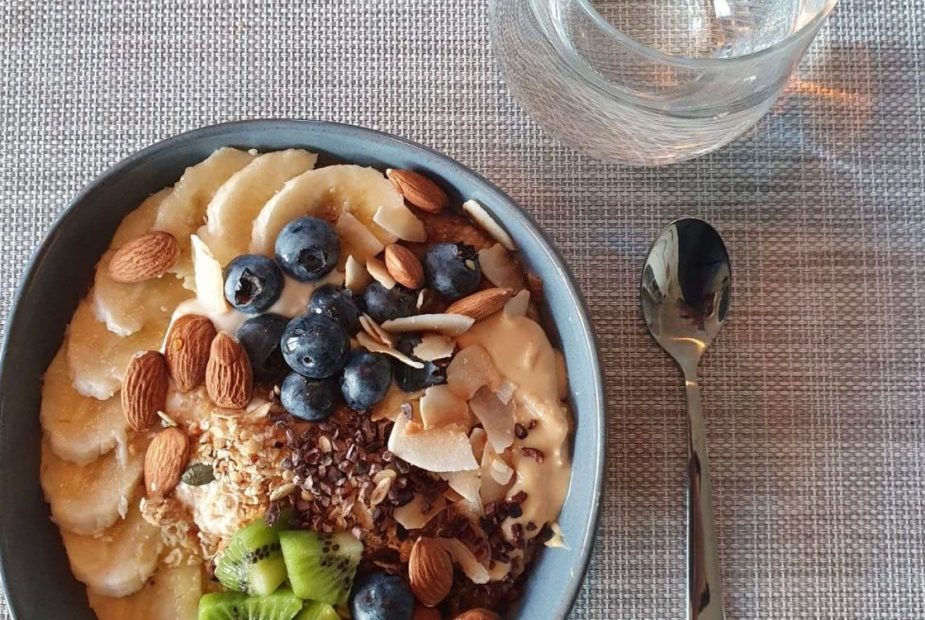 Porridge is a really popular dish in Denmark. We have cafes and restaurants where they only serve porridge with a lot of different flavours and toppings. I also think porridge is a really popular dish for athletes, not only in cycling, but also in general; I love it. You can make it another type of porridge with different grains for example, but you can also add a thousand different toppings so the porridge never will be boring.

You can add whatever you like on your porridge, but here is today’s porridge with some of my favourite and best toppings!

Ingredients (to make the porridge)

Heat it all up in a pan, until you have the structure you want. Normally around 6-10 minutes with medium heat.

Then we come to my favourite part, the toppings! What I add to my porridge changes every day. You can always add more or less, but here is what I did for today’s breakfast.

Ingredients (for the toppings)

Slice the banana and place it on the side. Add some 0% fat Greek yoghurt or quark in the middle. Top it with a bit of granola and coconut flakes. Put on blueberries and kiwi and then add almonds and peanut butter on the side. Top with a bit of maple syrup or honey, and some cacao nips to finish it off.