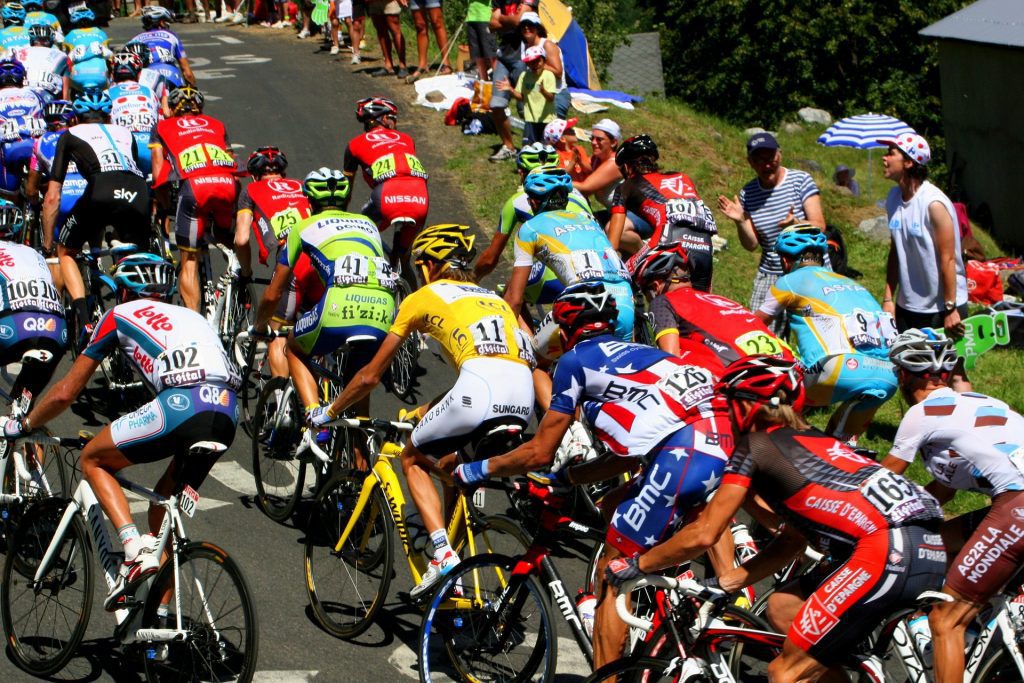 As the most eagerly anticipated cycling event in the world, the Tour de France is an epic balance of determination and talent, with both required in abundance for anyone hoping to claim victory. Amidst what appears to be a golden generation of elite competitors, ahead of the next running of “La Grande Boucle” in 2022, let’s take a look at some sensational statistics.

In 2014, a spokesman from Le Coq Sportif, the company who made the famous Yellow Jerseys at the time, claimed the 2013 Tour de France had attracted a cumulative global TV audience of 3.5 billion. Those numbers were quickly questioned by https://www.bbc.com/news/ analysts, given Tour organisers and sponsors have never provided any reliable data sources.

Nevertheless, this remarkable figure of 3.5 billion continues to be bandied around and if true, it would mean the Tour de France is the most-watched sporting on TV. This is because, by comparison, other events like the Olympic Games or major football tournaments (Euros or World Cup) are only held every four years.

UEFA Euro 2020 is currently the most-viewed single sporting event of all time, having boasted a cumulative audience of 5.23 billion, accompanied by reliable data collation methods to back those estimates. Meanwhile, until the Tour de France organisers can publish solid numbers accompanied by reliable data, we’ll just have to take their word for it.

Turning the clock back to a hugely different sporting era, when the second running of Tour de France featured just seven stages, the 1904 winner was Henri Cornet. The event itself was filled with incidents, accusations of sabotage, even fans attacking cyclists. The four leading riders were disqualified after the race, leaving 19-year-old Cornet as the overall winner.

For this reason, Cornet still remains the youngest ever winner of the Tour de France aged 19, technically speaking and according to the record books, followed by François Faber in 1909 (22 years, 187 days) and Egan Bernal in 2019 (22 years, 196 days). Thanks to his exceptional back-to-back triumphs in 2020 and 2021, Tadej Pogačar is the youngest rider in Tour de France history to claim victory in consecutive years.

But can Pogačar make it a hat-trick of wins in 2022? Well, the leading online bookmakers certainly think so, already pricing the superb Slovenian as Tour de France favourite. However, given that betting odds and offers can vary, site reviews at https://www.sbo.net/ bring insights that make a real difference, thanks to hours of researching what different betting companies have to offer.

During the early 1990s, American cyclist Lance Armstrong quickly rose to international stardom, having won several minor tours and major stage races. Then in October 1996 at the age of 25, he was diagnosed with advanced testicular cancer, which had spread to other areas of his body. Following successful treatment and amidst huge global admiration, Armstrong made his comeback in 1998, finishing fourth at the Vuelta a España.

That was just the beginning of an incredible story for Armstrong, who claimed seven consecutive Tour de France wins between 1999 and 2005, something previously considered to be an impossible feat. As things ultimately turned out, it was impossible without the aid of performance-enhancing substances, ahead of what became one of the most epic falls from grace in sporting history.

Despite claiming he was the most-tested athlete in the world, vehemently rejecting any doping allegations amidst numerous investigations and lawsuits, Armstrong finally “came clean” 2013. After years of denials, during an interview with Oprah Winfrey, he finally admitted to doping participation. According to https://edition.cnn.com/ reports at the time, Armstrong lost $75 million in sponsorship deals, before also being stripped of all his Tour de France titles.

Given the name and location of this most spectacular of cycling events, it would be natural to assume that French riders would be amongst the strongest competitors. Throughout the earliest years of “La Grande Boucle” that was certainly true, although the most iconic sporting event in France has lacked a homegrown winner since 1985.

That was the year legendary Bernard Hinault claimed his fifth and final Tour de France title, as highlights within a phenomenal career that featured 147 professional road race wins. No Frenchman has managed to come close to matching those achievements, which has left this proud country waiting patiently to celebrate their next hero.

Widely considered to be the best French road cyclist of the current generation, Julian Alaphilippe came closest to success in 2019, finishing fifth in the General Classification standings. Guillaume Martin is the next best hope, 12th in 2019, 11th in 2020, and 8th in 2021. Given their performances in recent years, both Alaphilippe and Martin will be hoping to challenge for Tour de France glory in 2022.