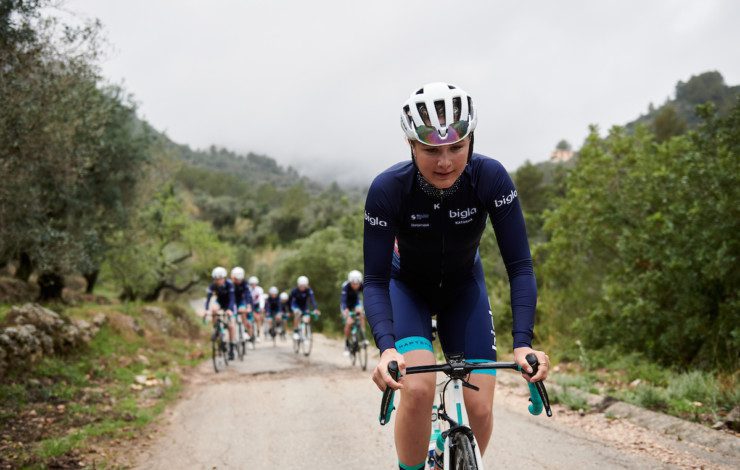 Today’s penultimate stage brought the riders back to the province of Valencia. The 94km long course featured a second category ascent at the beginning of the race, and an intermediate sprint somewhat later on, before heading into the finishing town of Sagunt. After the field had crested the only climb of the day, a trio was able to escape. The peloton was in no hurry to bring back the leading group, and the advantage of the three riders stretched out to more than four minutes during the course of the day. With 20km remaining, one of the escapees fell back, but the field was unable to reel back the two remaining leaders. In the end, the two riders up front fought it out for the victory, which went to Lizbeth Yareli Salazar, while Bigla – KATUSHA arrived at the finish in the main field, with Emma Norsgaard Jorgensen finishing second in the sprint from that group behind, and therefore coming fourth on the stage. Teammate Clara Koppenburg heads into tomorrow’s final stage having retained her second place in the overall standings.