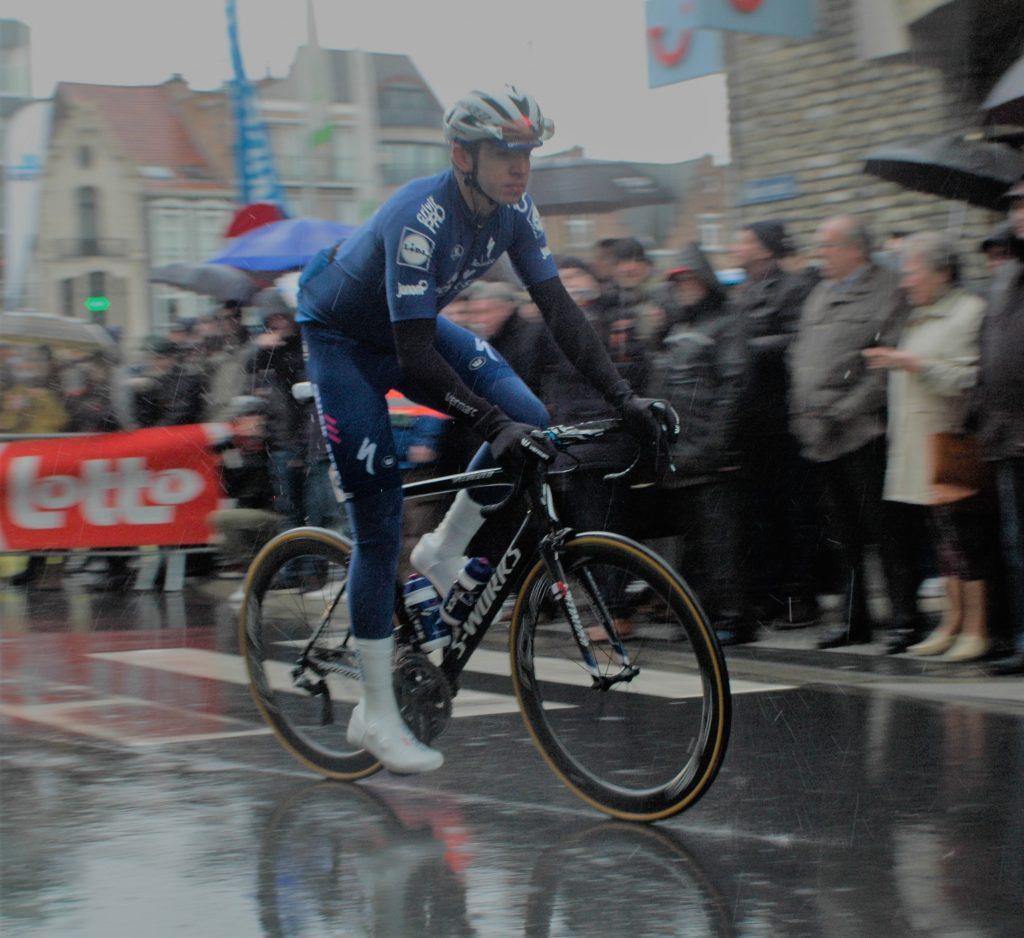 Dwars Door Vlaanderen started life as a two-day stage race called Dwars Door België. The first edition started in Brussels and headed to Sint-Truiden. The next day saw riders return from Sint-Truiden to the finish in Waregem.

It’s been a one-day race since 1965 and changed to its current name in 2000. The race has always maintained a strong link to the town of Waregem. It started there in 1946 and kept going until 1999. Kortrijk hosted the start a few times in the early 2000s and since 2007 the start has been in Roselaere. The race has continued to finish in Waregem since its creation.

Sprinters won the race in 2002/2003 but generally the race winner is a classics specialist. Generally the finish is decided between a small group of riders and the odd solo victory. 2016 saw a group of 34 riders contest the win though.

It then lost the Oude Kwaremont & Paterberg climbs from its parcours which feature in its bigger brother race. You have to go back to 1993 to find a winner of both races in the same year though.

A large group attacked with around 50km with the race favourites waiting for the final set of climbs. The Oude Kwaremont split up the lead group, leaving just 2 riders ahead, and the chasing groups. The Paterberg then thinned the first chase group, so it only had 8 riders left. The group behind only had 28 riders ahead of the peloton.

Fabian Cancellara put in a huge stint to completely close the gap between these two groups and the pair in the lead. After doing the work, Cancellara then sat up to tell off the other riders for not doing their fair share.

As this happened, his teammate Matti Breschel attacked and no-one seemed keen to follow. Steve Chainel, Niki Terpstra and Björn Leukemans chased, but Breschel held on to win by 7 seconds.

The Côte de Trieu is climbed 2-3 times during Dwars Door Vlaanderen. It’s usually one of the last climbs before the finish line in Waregem.

Located around 30km before the finish, attacks often happen on this climb as riders try to gain distance for the following descent. The climb is right on the Wallonie/Flanders border and is also known as the Knokteberg on the Flemish side.