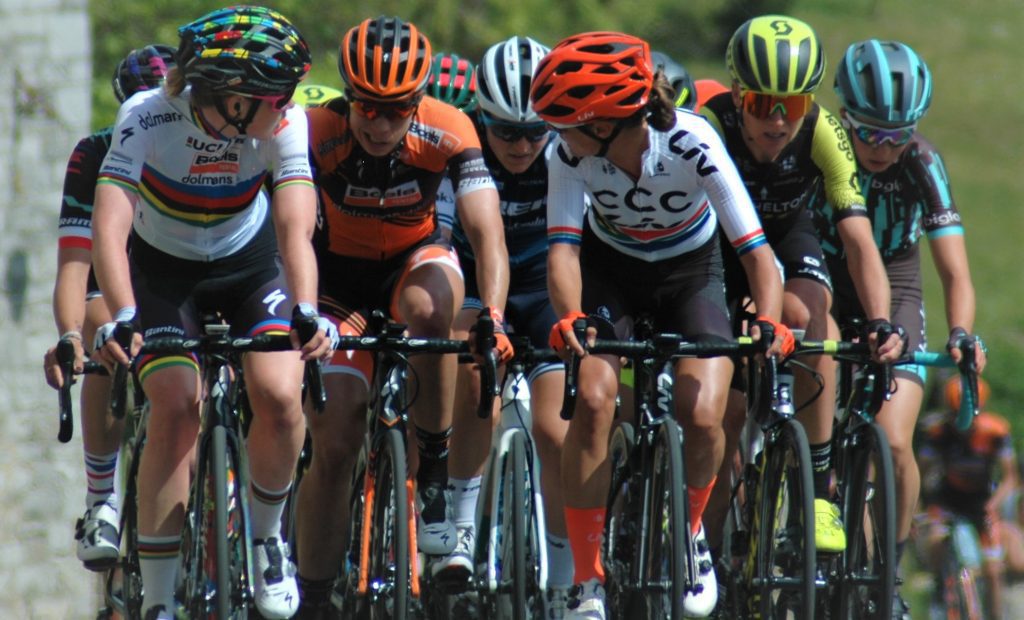 Its relative long length of running now sees it take the place as 3rd oldest in the calendar. Only the Trofeo Alfredo Binda and Emakumeen Bira are older and there are worries about the latter. The Flèche Wallonne Feminine follows a similar course as the men’s Flèche Wallonne. The races are held on the same day and both finish on top of the steep Mur de Huy.

The steep finish lends itself to climbers with a bit of extra punch. The early races were dominated by multiple GC winner Fabiana Luperini who was able to skip away on the hardest gradients. The years 2003-2006 saw Brit Nicole Cooke win 3 times in 4 years. The baton was passed on in 2007 when Cooke finished 2nd to Marianne Vos. Vos would win the next 3 editions.

The first half of the 2010s saw a period of different winners, not seen since the race’s first years. Emma Pooley won in 2010, with Evelyn Stevens’ 2012 win bookended by Marianne Vos’ 4th and 5th wins. Pauline Ferrand-Prévot won in 2014, the year she became World Champion and Anna van der Breggen in 2015. Van der Breggen has subsequently won the following 4 editions to assert her Valverde-like dominance over the race.

It’s tough to find a race that hasn’t been won with just a sprint up the Mur de Huy. However, in 2017 Anna van der Breggen escaped early. The Côte de Cherave was a relatively new edition to the race finish, first used in 2015. Its placement just 5.5.km before the finish was intended to create a launch point for riders not wanting to wait until the Mur de Huy.

In 2017 it was Katarzyna Niewiadoma who launched the first attack. Lizzie Deignan instinctively followed it and her teammate Anna van der Breggen joined them just before the summit.

There’s a short, steep descent after the Côte de Cherave to the river in Huy. The road following the river to the base of the Mur is flat. Deignan attacked on the flat, Niewiadoma closed it down and then van der Breggen attacked. The classic teammate 1-2 attack against a vulnerable solo rider.

Van der Breggen had a gap of 5 seconds at the bottom of the Mur de Huy and she was able to extend it further on the climb. Deignan attacked late to gap Niewiadoma and claim 2nd place, 16 seconds behind. Niewiadoma was 9 seconds further back. Annemiek van Vleuten led the chasing pack home just over 40 seconds after van der Breggen crossed the line to win.

The summit of the Mur De Huy has seen the finish line of Flèche Wallonne since 1984. Part of a finishing circuit, the climb is raced 3 times before the winner is decided at the top. The climb is 1.3km long at an average of 9.3%.

Also known as Le Chemin des Chapelles, there are 7 roadside chapels lining the route as it climbs upwards. The near hairpin corners ramp up the steepness with a peak of 26% on the inside of one of the bends.