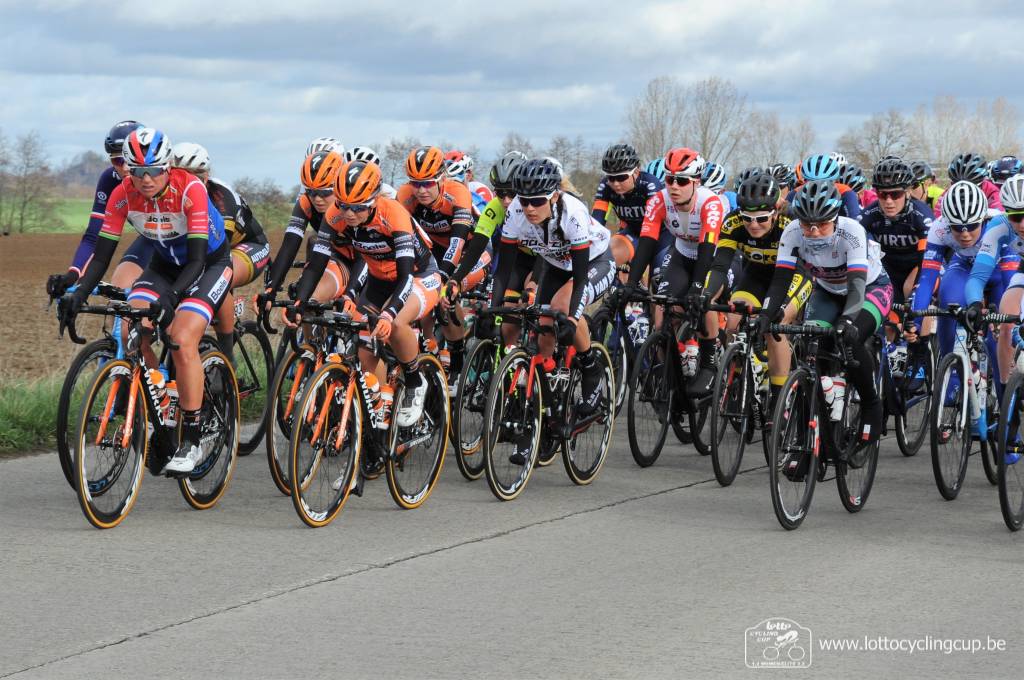 Le Samyn des Dames started in 2012, held on the same day and using a fair amount of the same route as the men’s race. It has only ever been a 1.2 categorised race and forms part of the Lotto Cycling Cup. It’s a Flanders-esque race but takes place over the border in Wallonia.

Despite its lower race ranking, it still gets strong startlists. Not all of the top teams will race Le Samyn des Dames as some rest up before Strade Bianche. However Trek, Boels-Dolmans and Movistar have made sure to attend in recent years.

The current version of the race sees riders complete a large starting loop before 3 laps of a 25km finishing circuit. Each lap of the finishing circuit contains the cobbled climbs of Côte de la Roquette and Côte de Nonettes. A selection of flat cobbled sections at Chemin de , Vert Pignon and Rue Belle Vue also keep the racing hard. The early years of the race saw bunch sprints decide the victor. However, since a change to the parcours in 2016, there hasn’t been a bunch sprint. Instead, either very small groups or solo breaks have decided the race.

The race has been dominated by Dutch riders since its creation. In the 9 editions of the race, there are been 7 Dutch wins. 3 of those have been by Chantal van den Broek-Blaak, the only multiple . Other riders to win are Janneke Ensing, Jip van den Bos, Sheyla Gutierrez, Emma Johansson, Ellen van Dijk and Adrie Visser.

The men’s race has the title of the ‘little Paris Roubaix’ in recognition of the amount of cobbled secteurs in the race. For the women’s peloton who had no Paris Roubaix race (until 2020!), this race was often seen as an alternative. Certainly in its most recent form, it has only been won by strong riders, with sprinters largely marginalised compared to early editions of the race.

The 2nd edition of the race saw a classic. It started with an organisational mishap as the race started whilst some riders were still on the podium signing-in. The race stayed all together until the last part, with teams able to take control effectively.

With 35km, Ellen van Dijk attacked on the cobbles. In all the excitement, there was a crash in the peloton which disrupted the chase. Emma Johansson and Elisa Longo Borghini managed to avoid falling off and gave chase. TIBCO’s Shelley Olds joined them shortly afterwards. She had crashed but managed to catch the pair. The trio of riders were unable to make headway into Van Dijk’s lead with the time gaps refusing to fall.

With the chasers broken, Van Dijk continued to solo to the finish line, eventually with a gap of over 3 minutes to the 3 riders behind. Olds won the sprint for 2nd place with Emma Johansson in 3rd. Johansson later accused Olds of not working hard enough to close the gap to Van Dijk, seemingly happy to race for 2nd place. The peloton were a further minute behind.

The Côte de la Roquette has the worst set of pave on the Le Samyn des Dames parcours. As a climb it’s not too tough, just 0.2km long at 3.6% average but the cobbles create the challenge. Riders on the wrong line through the curves lose momentum and with the peloton all strung out, it’s a great place for a powerful rider on the front to get a gap.