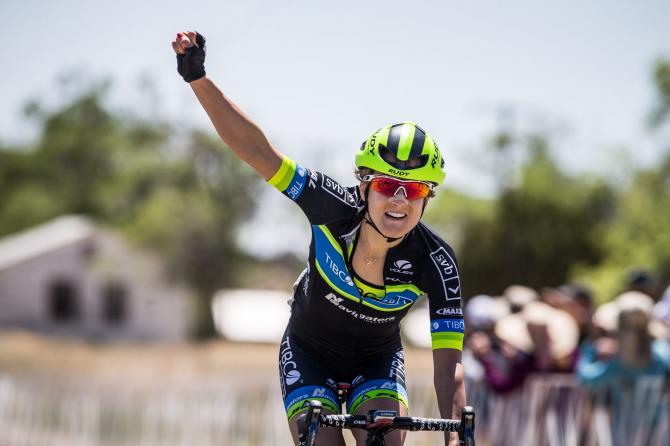 I have a feeling it was my dad who taught me to ride a bike, and I was probably around 5 when I figured out how to keep my balance without training wheels.

I used a bike that my dad had found in the trash, on the side of the road for a while.  It was way too big for me, and I had to have permission to use it, because it belonged to him.  When I was 16, I saved my money for nearly a year doing two part time jobs to buy my first road bike.  It was a Trek 5000, black and blue.

Using a powermeter is the most important piece of equipment in terms of performance boosting.  It’s the perfect way for my coach to understand and quantify what I have been doing in training and racing, and for me to apply his instructions as to what I need to be doing.  The powermeter was also the tool that convinced me of the importance of rest.

I used to think off days were for lazy people.  When I realised that following a bit of rest, I could produce much more power for the same perceived effort, I was sold on the concept of giving myself permission to recover…!

My favourite place to ride in the entire world is a national park in Canada called Le Parc National de la Mauricie.  I’ve really enjoyed riding in Livigno (in Northern Italy on the border of Switzerland), Florida (of all places!) and parts of France as well.

Never losing my passion for cycling has always been a priority.  Sometimes on my rest days, I spin on the routes where I tend to do my harder workouts.  That way my mind doesn’t subconsciously associate those roads exclusively with suffering.  That way on my next hard day, I’ll be less prone to feel anxious about the paincave that I’ll be about to throw myself in.

It’s also key for me not to compare myself with others.  What other people do and their fitness is totally out of my control.  I don’t mind if on one day they go faster or slower than me.  All I care about is doing the best at what my task at hand is, whether it’s hard intervals, savouring recovery spins, or working on my technique…

I’ve had the chance to ride in almost 20 countries around the world, to represent Canada on 5 occasions at the World Championships, to win a few races around the world, ride some of the best equipment on the planet, and most of all meet some awesome people.

Aside from racing and performance, I think one of my dreams is to go on a motorcycle adventure with my bike and explore some remote areas using my two favourite methods of scooting around!  I recently discovered a company that makes the perfect bike rack for my motorcycle.  I think this dream is going to become a reality, maybe even this year in the off season! If there are other moto enthusiasts reading, check out 2×2 Cycles – this is the small company that makes the racks that I’ll be using to live another one of my dreams: www.2x2cycles.com