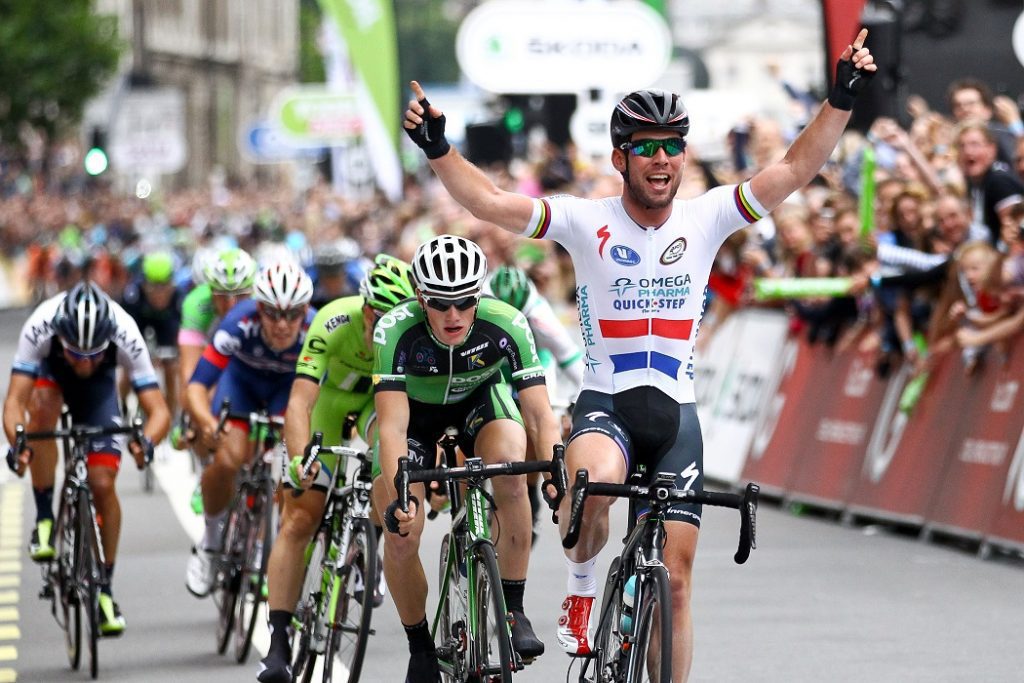 Further details of what promises to be a stunning edition of the Tour of Britain in September have today been revealed, including the locations of the race’s two Welsh stages, routes and ŠKODA King of the Mountains climbs.

Rescheduled to 2021 owing to the COVID-19 pandemic, the 17th edition of the UK’s most prestigious stage race (Sunday 5-12 September) includes two full stages apiece in both Wales and Scotland. Twelve of the start and finish host venues are new to the eight-day event, which will cover 1,320 kilometres (820 miles) of racing.

The race will go ahead subject to local conditions and in line with relevant national covid guidelines and UCI protocols.

Having been unveiled as the Grand Départ host for the 17th modern Tour in March 2019, Cornwall will finally welcome the race on Sunday 5 September. Starting from Penzance, the toughest opening stage in modern race history is a perfect picture postcard for our first-ever visit to the Duchy. St Just, St Ives, Carbis Bay, Redruth, Falmouth, Truro, Newquay and St Austell all feature along the route. A stage containing 3,014m of climbing concludes with an uphill finish into Bodmin.

The Tour returns to Devon for stage two (Monday 6 September), which takes place between the new town of Sherford and Exeter. Likely to see the first GC shake-up, the constantly undulating route features Dartmouth and the beautiful South Hams for the first time since 2012, before heading into the Dartmoor National Park. The SKODA King of the Mountains climbs of Strete on the South Hams coast, Rundlestone and Warren House Inn (both on Dartmoor) contribute to the 3,482m of elevation gain. Exeter city centre hosts its first stage finish since the 2014 race, when current Israel Start-Up Nation rider Matthias Brändle soloed to a memorable victory.

A team time trial features for only the second time in Tour of Britain history on stage three (Tuesday 7 September). The Carmarthenshire team time trial stage will see the world’s best tackle a 27.5-kilometre route, starting from outside Llandeilo and finishing at the National Botanic Garden of Wales, which is home to the world’s largest single-span glasshouse. Carmarthenshire last welcomed the Tour in 2018, when it hosted the race’s Grand Départ.

Stage four (Wednesday 8 September) – the Queen stage of the 2021 Tour – will culminate with a finish atop the Great Orme in Llandudno. The 215-kilometre route will take the race to parts of mid-Wales for the first time in modern Tour history, including Aberaeron, the start host venue in Ceredigion, Aberystwyth, Borth and Barmouth. A tough ending to the stage sees the race heading through the Snowdonia National Park and an ascent of the Great Orme’s Marine Drive toll road before tackling the 1.9km, 9.8% average climb that runs parallel to the famous tramway up to the finish.

An anti-clockwise route through Cheshire on stage five will climax in Warrington, which hosts a finish for the first time on Thursday 9 September.  Potentially the first traditional sprint of this year’s Tour, the stage will finish outside of the town’s Grade II listed Golden Gates, which have been in place since 1895.  The start location and more information on the stage five route will be announced in the coming days.

Stage six from Carlisle to Gateshead (Friday 10 September) will retrace large parts of the popular Sea to Sea route before finishing in the shadow of the world-famous Angel of the North. Carlisle welcomes the race for the fifth time in modern Tour history – all of which have been stage starts. The route passes alongside Ullswater in the Lake District National Park and through Penrith before tackling the SKODA King of the Mountains climb at Hartside, which was used as a stage finish in the 2015 Tour. Two further ŠKODA King of the Mountains climbs follow soon after in the heart of the North Pennines AONB – at Killhope Cross and Burtree Fell – as part of the 3,000 metres of elevation gain that features in this stage. While Gateshead has previously hosted a start (in 2019) and two stage finishes of the race (2008 and 2009), this will be the first to culminate alongside Sir Antony Gormley’s famed sculpture.

For the first time in modern Tour history, the race ends with two stages in Scotland. The first, on Saturday 11 September, features a fourth visit to the Scottish Borders in six editions as Hawick plays host to the start. A mix of familiar towns – including Innerleithen and Duns – and new roads through East Lothian await before Edinburgh stages its first finish in the Tour. Another stunning finale is guaranteed, as the closing kilometres pass along Queen’s Drive, by the Scottish Parliament and Holyrood Palace before finishing in the shadow of Arthur’s Seat.

This year’s overall champion will be crowned in Aberdeen at the end of the most northerly stage ever to feature in the Tour. The picturesque harbour town of Stonehaven is the day’s starting point and, by popular demand from local cyclists, the route includes the ŠKODA King of the Mountains climb at Cairn o’Mount (3.4km, 9.5% average). The peloton will briefly head into the Cairngorms National Park, with Ballater marking the most westerly point of the stage, before the run in to the finish line on Aberdeen’s Esplanade begins.

Mick Bennett, Tour of Britain race director, said: “This year’s Tour of Britain route is truly spectacular, covering a greater geographical area than we’ve ever done before while also ticking off several things we’ve wanted to do for a long time. Be it visiting Cornwall and Aberdeenshire, hosting stage finishes on the summit of Great Orme and in the shadow of the Angel of the North, reintroducing a team time trial and visiting noteworthy and historic host venues new and old, I have a feeling that this year’s race will be one for the ages. There are still fantastic opportunities for partners to get involved in the event, so why not join us and be a part of what will be an unforgettable week and a fantastic celebration of Britain and cycling!”

Further information – including competing teams and riders, stage timetables, and the race’s ITV4 schedule – will be released in the coming weeks.

With cycling enjoying a boom in the UK, and hundreds of thousands of new and returning cyclists taking to two wheels, partnership opportunities for brands looking to be associated with Britain’s biggest professional cycling race are available. These unrivalled opportunities range from regional level support of individual stages to jersey and title sponsorships. Visit sweetspotgroup.co.uk/sponsorship-opportunities for more information.