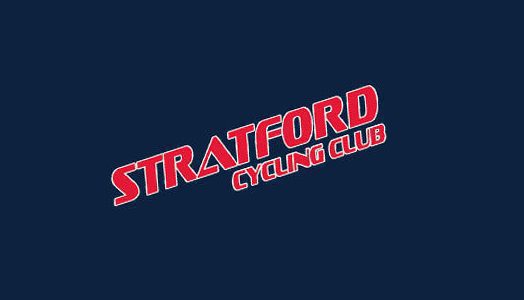 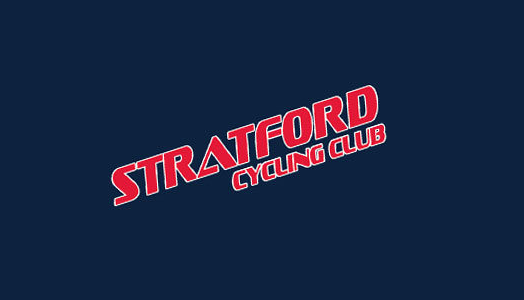 After last year’s non-finish because of the snow and poor group choice, I was back to try and conquer the Stratford CC Reliability Ride once again – this time with Hannah, doing it for the first time. With a newly-revamped venue open for the first time that day, the facilities were good. The weather was also surprisingly good, after the torrential rain the day before we’d woken up to a perfect sunny (if cold) Winter’s day. The route remains unchanged, starting from Stratford and heading up to Broadway Tower before meandering downwards towards Stow-on-the-Wold. The final part sees riders heading northwards back to Stratford not quite clipping Moreton-in-Marsh or Shipston-on-Stour but going through lots of small Cotswold villages.

Heading out of Stratford with some familiar faces and plenty of unfamiliar ones, the reality of cycling in a big group with strangers hit. Some jumpy braking coming up to a roadworks traffic light scared a couple of us and also resulted in someone hitting the back of someone behind us – the recipient of the bump had to abandon as it caused a spoke to break in their wheel.

Only 200 metres further on at a roundabout the front of the group went across only for a car to appear at speed and make some slam on the brakes. Two riders went down and fell off, seemingly unable to brake sharply and un-clip. They confirmed they were fine but clearly it was time for this group to get smaller. I saw that Tommy had made the front part that was now ahead of and sped up to bridge the gap.

On the first actual bump of the ride our group split apart again when I was given the shout to push on, to which I obliged.  At the bottom of the long climb to Broadway Tower as everyone eased off for some reason I hit the climb hard and ended up with a 45 second gap at the top, I still had the gap when cresting the steeper Kingcomb Lane part and then I could see Hannah up ahead. We had a chat for a little bit until my group re-appeared and I went back off with them.

We went past Broadway Tower and then the point where I turned off and called it a day in the snow last year. The wind didn’t see as bad up there but the group had dwindled to just 5 of us – Tommy, John, Me plus two strangers. We made the turn towards Stow and finally had the wind behind us. On the long downhill stretch with a few bumps we found ourselves hurtling along. One of our new friends decided to descend a la Froome sat on his top tube – a risky technique for a normal person to use and one that saw him go slower than I was anyway.

The climb into Stow wasn’t one I felt good enough to do quickly, the legs were starting to hurt going uphill after my earlier efforts. Once at the top though we had the descent into Broadwell where someone I ride with broke his neck the previous Summer – the Froome-esque descender was at it again as well. None of us broke our necks this time round.

The cold I’d been nursing all week began to show itself as I was running out of energy and being distanced on each gradient, only to then be able to power along on the downhill and flat parts back up to Tommy and John. The elastic between us kept being stretched to breaking point and then snapped back in until we got onto the road between Honington and Halford where one final gradient was enough to polish me off.

I ended up in a no-mans land watching the guys slowly disappear into the distance and seemed to be going the same speed as a pair in Evesham Wheelers kit up ahead too. It took until Loxley Hill, a final dig to have to climb before reaching the finish to join up with the Evesham pair. I sat in behind them for awhile to try and restore some strength before riding off up the bump with the Croft School on my own. An easy roll down the hill back into Tiddington and the race…I mean reliability ride was over.

As it turned out I signed in only moments after John who’d had some cramps between where I’d left them and the finish. Tommy had smashed on without him and had a good 3 minutes or so over us. Strava says I finished the route in 2 hours 59 minutes and 42 seconds, just just under 3 hours! The quickest guys on the day managed it in 2 hours 41 minutes which was a good effort in that wind. Hannah managed 3 hours 55 minutes to finish just within her group’s time. All the more impressive as she’d ended up riding around 20 miles of it on her own with no protection from the wind. The ride should help prepare us both for Belgium in 6 weeks or so!