The unfortunate tale of the Colnago CM Women’s team 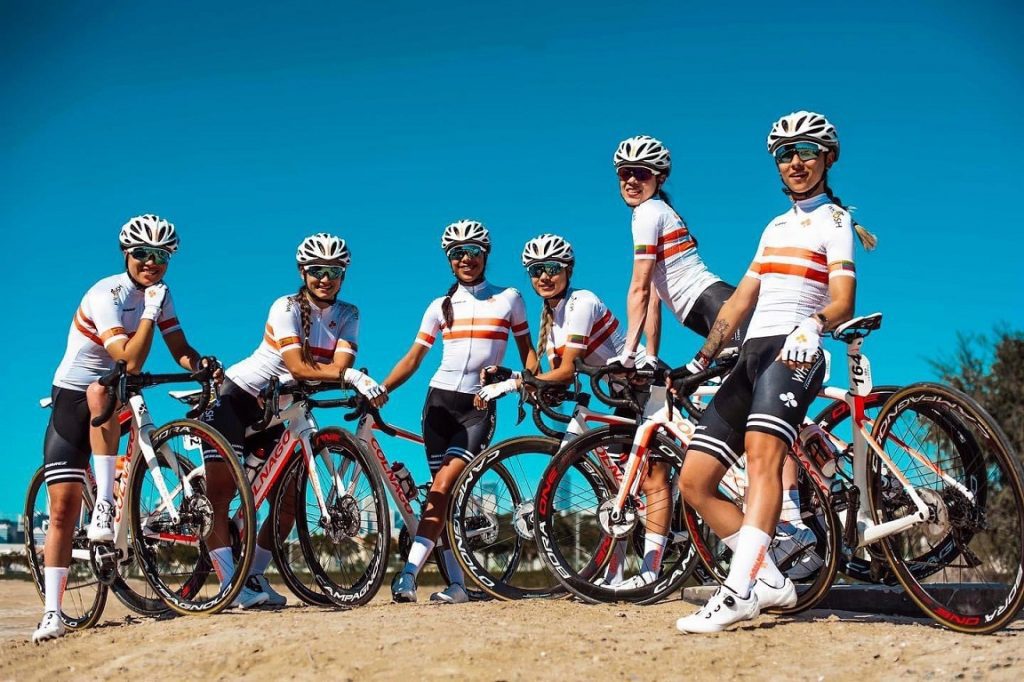 This April, it was announced that Colombia would get its first women’s UCI team, Colnago CM. The team was launched with high ambition, with talk of joining the Women’s WorldTour within a couple of years. The team was supposed to be a launchpad for Colombia’s talent into the European peloton, with a base in Europe and a calendar of races in Europe too. The strongest Colombian riders would finally get a chance to race at the highest level against the best riders.

The team was secured with finances by Moncada Holdings, led by a Colombian and with links to the Abu Dhabi investment fund that took a majority stake in Colnago in 2020. The team had a motto from the very beginning to do things ‘like nobody else’, which has a distinctly old Team Sky ‘marginal gains’ kinda vibe. Early in 2020 there was a team presentation in Abu Dhabi but once the lockdowns to deal with Covid happened, the riders found themselves held in Spain.

Now that wasn’t the worst place to be. At least in Spain the riders were able to go outside and train without too many restrictions. Once the European calendar resumed, they were in the ideal position. Many of the major male Colombian riders had to cycle across the country and board a freight flight out of Colombia. The online cycling crowd were busy ticking off who made the flight and who didn’t – notably Carlos Betancur didn’t. Back to Colnago CM – the riders actually got to race at this point, although not in team colours. They raced as a Colombian national team as Colnago CM were not UCI registered at this point.

The GP Develi in September saw the first ever UCI level victory for a Colombian rider – Laura Milena Toconas Ruiz taking a solo victory over established names like Anastasia Chursina and Aigul Gareeva. From this high-point, everything starts to unravel.

The downfall of Colnago CM

Despite this victory, the riders were stuck in Turkey with no money for flights out of the country. It was planned for the team to race in the Tour of Thailand but because of the lack of funds, the team didn’t attend the race. This began to spiral, with wages beginning to be unpaid but the pressure for results increasing. The prize money being super important to the running of the team at this point. Entering the 2021 season, more riders were hired despite the situation worsening. At this point the team finally became registered as a Continental team and wished to be a WorldTour team in 2022.

It took until April for the team to actually get registered due to complications, but eventually it was confirmed. Whilst this was going on, Moncada Holdings cut the team off from its money. The riders waited to return to Europe, with postponements, excuses and cancellations the order of the day. Salaries were slow to be paid but the riders were still expected to perform. The Vuelta Femenina a Guatemala was the first international race for the team and they did alright. Natalia Pardo Duque was 5th in GC and Erika Milena Botero Lopez 7th. Botero Lopez also won a stage and the youth jersey too. The teams wages remained unpaid though and riders hadn’t made it back to Europe.

The European calendar is almost over and it looks like Colnago CM haven’t raced in Europe. After a season of trying to be on top form for races that they didn’t attend, they raced the Vuelta a Colombia Femenina. At the end of a long season with barely any races, they hardly made an impact. Natalia Pardo Duque was again the highest rider on GC but only in 10th. Maria Paula Latriglia Alarcon was 11th and won the youth jersey.

As a result of the money issues, the riders raced without insurance between April and July, wages were delayed 6 months for staff and riders. The team’s UCI registration is now at risk as a result and the team’s future is uncertain. The team have acted harshly on riders who got injured or weren’t considered in shape, terminating contracts early. It looks like all the riders and staff will be looking for new roles in the 2022 season.

So who’s behind Colnago CM?

So I’ve mentioned Moncada Holdings above. The name comes from Melissa Moncada who represents the investment that created the Colnago CM (men and women’s teams) and UAE Team Colombia. Supposedly $2.5 million was invested. However, this only lasted for the first 8 months in 2020 where things were appearing to be going well.

Melissa Moncada happens to be the Vice President of Colnago. Seemingly as a result of her relationship to the lead of the Abu Dhabi investment fund. She’s Colombian so it makes sense that she wants to pursue a project in her home country. A Colombian clique ends up in key positions in Colnago. Hector Urrego (marketing director), Luis Valencia (manager of Colnago) and Carlos Carrillo (strategic manager). Hector Urrego in particular has a particularly fast rise from the press team at UAE Team Colombia to his marketing director position at Colnago.

So a women’s Colnago CM team is created, alongside two local men’s teams – Colnago CM and UAE Team Colombia. The men’s Colnago CM team was created with the desire to make it the best U23 team. With the other team a feeder for the main WT Team UAE Emirates. When the plug was pulled, the latter team was the first to stop due to a doping positive between March and May 2021. Both of the Colnago CM teams are now struggling to exist. Moncada Holdings no longer appear linked to their previous projects. Any mention of the cycling teams have been removed from websites and bios.

In fact, it turns out that Moncada Holdings no longer exists in its previous form. Plus it now looks like the investment in Colombian cycling teams has been a failure at a management level. With the confirmation of a new UAE Emirates team taking over the Ale BTC Ljubljana licence, it looks like attention now may have been diverted to this new project.

Melissa Moncada herself has said that she distanced herself from the project in late 2020 due to the mismanagement of the sponsor money she provided. Rather than claiming back the bikes and other materials, the decision was made to allow the riders to keep them to see out the 2021 season. She distances herself from the mismanagement of the teams which has led to the current situation.

The team itself has released a public statement this week saying it will continue the hunt for new sponsors and financial support. It doesn’t look good however.