Trek-Segafredo had to wait a few extra days to achieve a hat-trick of wins in Tour de l’Ardèche, but it made the victory that much sweeter. It was the last chance of the seven-day race and Lucinda Brand was determined to add to the Team’s two wins this week after narrowly missing in Stage 5 – taking a hard-fought 3rd place – and Lauretta Hanson just off the mark again a day later, sprinting to a podium place in Stage 6.

Chloe Hosking and Ruth Winder had grabbed wins earlier in the week, but the top step eluded the Team until the final day.

The first part of the plan was to make sure to be represented in the day’s escape.

“It was a short stage today, and it took some attacks to get a breakaway going, but then we were three away,” explained Brand. “We worked very well together, but the peloton did not give us much room because one of the riders in the break was still kind of close in the GC. But luckily, it was enough.” 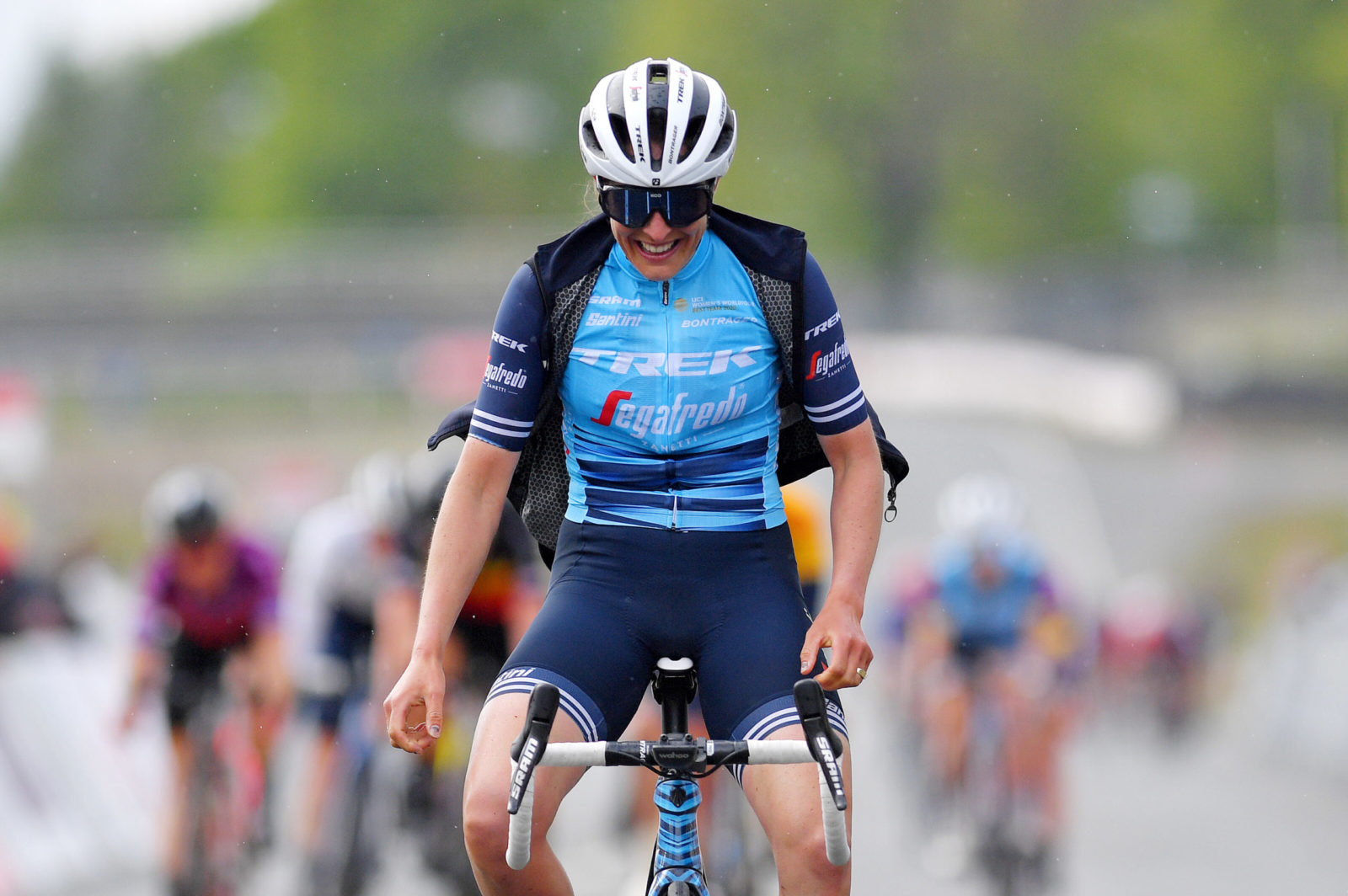 Then, with two big climbs in the final stage, Brand had to find what remaining energy and legs she could after a hard week of races.

With one final gritty attack and her superior descending skills, Lucinda was able to rid her breakaway companions and solo to the win.

“On the last climb I began to feel fatigued, and Lucy [Kennedy] was sitting on and no longer working. In the last 500 meters of that climb, Lucy attacked, but I could react. Then I countered and they cracked, and I went full-gas downhill. It was around 3kms of downhill, which was ideal for me.  It was super nice today to finish this week of racing. I think we did a very good job; it was a nice week.”

Trek-Segafredo had targeted stage wins all week and took home three wins, a 2nd and two 3rds. The Team only missed the podium on the first day with a 4th place finish.