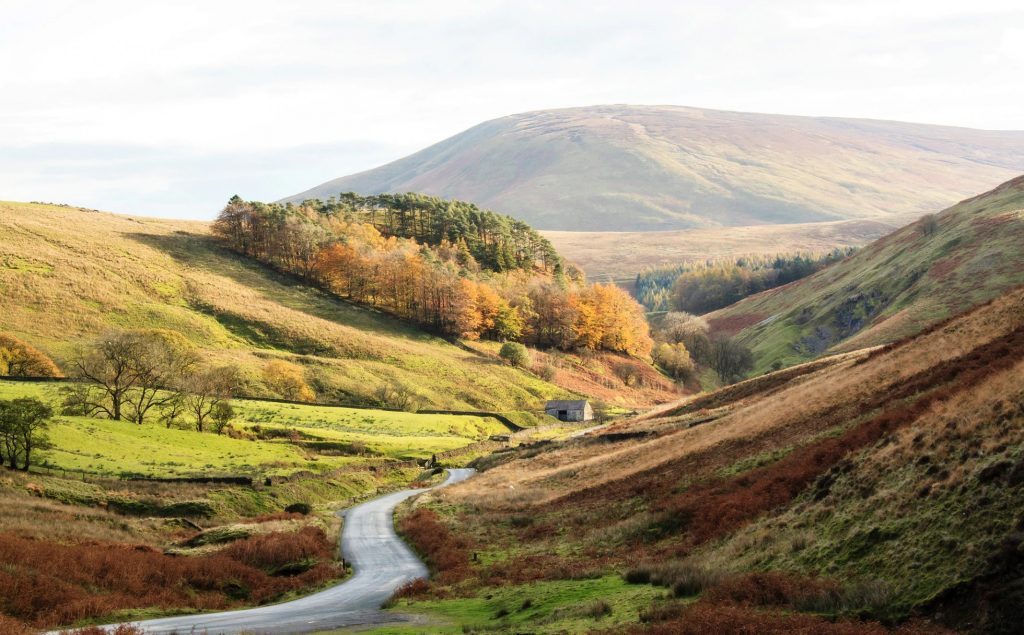 The Trough of Bowland entered into cycling lore when Bradley Wiggins used it for his training ahead of his successful 2012 Tour de France attempt. The Trough also found its way into the 100 Greatest Cycling Climbs book in 2010. Now 10 years after its inclusion, let’s find out more about the climb.

Its quiet lanes and tough climbs make it the perfect place to cycle. An added plus is that it’s less well-known compared to the nearby Lake District.

This less touristy area, combined with the relatively few roads, means that traffic is usually something you don’t have to worry about. Even during the recent early-Summer hot spell, it wasn’t bad. The local lanes have stunning scenery and the Lancaster GP used some of them in 2019 to great effect. Heading from Lancaster there’s a pre-hill or two before getting to the western edge of the Trough. One of these is also in the Greatest 100 Cycling Climbs book – Jubilee Tower. Itself a stiff test on your climbing legs and will make the Trough of Bowland feel easier too!

Aside from Bradley Wiggins’ exploits, former national hill climb champion Jack Pullar is a local. Plus the likes of the Yates brothers have been known to head north from their home town of Bury near Manchester as well. The roads around the Trough of Bowland are very rolling and rarely flat so they make great training roads.

Like many hills, there are two sides to conquer. The Greatest 100 Climb side is on the Eastern approach. Routes to this starting point usually flow past the Inn at Whitwell. The Inn featured in the Rob Brydon & Steve Coogan programme The Trip. The Dunsop Bridge village half-cafe, half-post office is worth a stop too. Just remember that it’s cash-only unless you want to traipse next door to do a cashout in the post office half. (Cards are now accepted, thanks to Covid 19.)
Sitting out the front on the green by the river, whilst watching the ducks go by is a great way to chill.

The climb itself sees riders climb 130 metres in around 2km. The average gradient is 6% and the max gradient is 15-16%. The first half is nice and gentle with some small kickers up to 5%. The second half is where the dial gets turned up as 8% becomes the norm. The next 400 metres form the toughest part of the climb but also the most beautiful. Now firmly in the trough with its steep, grassy sides, there are some great views once you can see over the other side once the road flattens out.

From the western Jubilee Tower side, it’s a much more gentle affair for most of the riding. The longer version starts from Marshaw and spends most of its time winding round next to a picturesque little stream. This part averages around 2% and is a nice little leg warmer for what’s to come. After this, the steep part arrives.

It has much the same sort of look as the Greatest Climb does on the other side. It gets steep towards the peak of the trough before a lovely open descent down to Dunsop Bridge. The first part of the descent is reasonably technical. You could certainly scare yourself taking the wrong line with a car coming the other way!