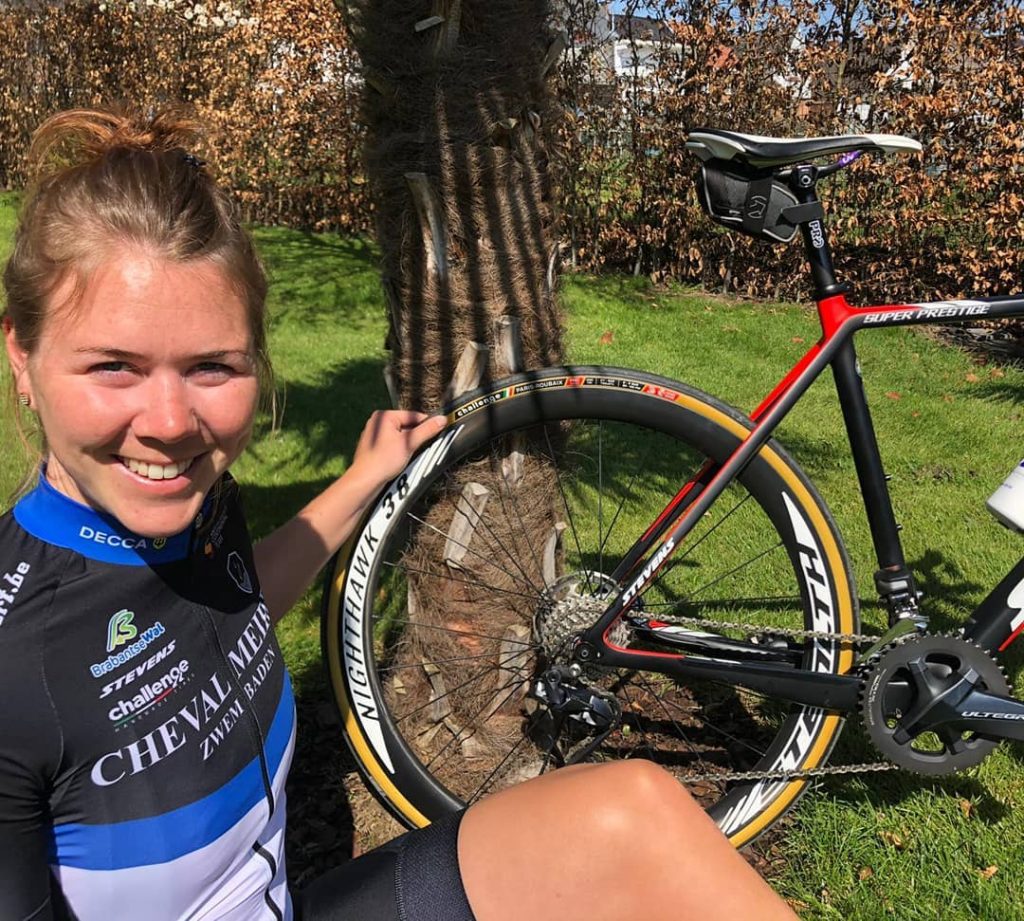 I started cycling in 2010 in the Junior Woman category, I was 16 years old. My dad did cycling for fun and I went a few times with him on an old and too big race bike. But I liked it and started riding then.

My first race bike was a Bianchi, white/green colour. Really loved the Bianchi bikes then. I bought it for myself.

Having fun! I have a character that I do what I have to do.

For sure at home, flat, woods, wind and nice views. But I really like Provence: Bargemont and Nice. Nice area to climb and downhill, beautiful nature and good roads. Also not too many people so it is safe on the roads.

Want to race again in other countries, stage races, in combination with cyclocross. Also after my career, a trip to South of France with a bike or something like that. See a lot of countries by bike.