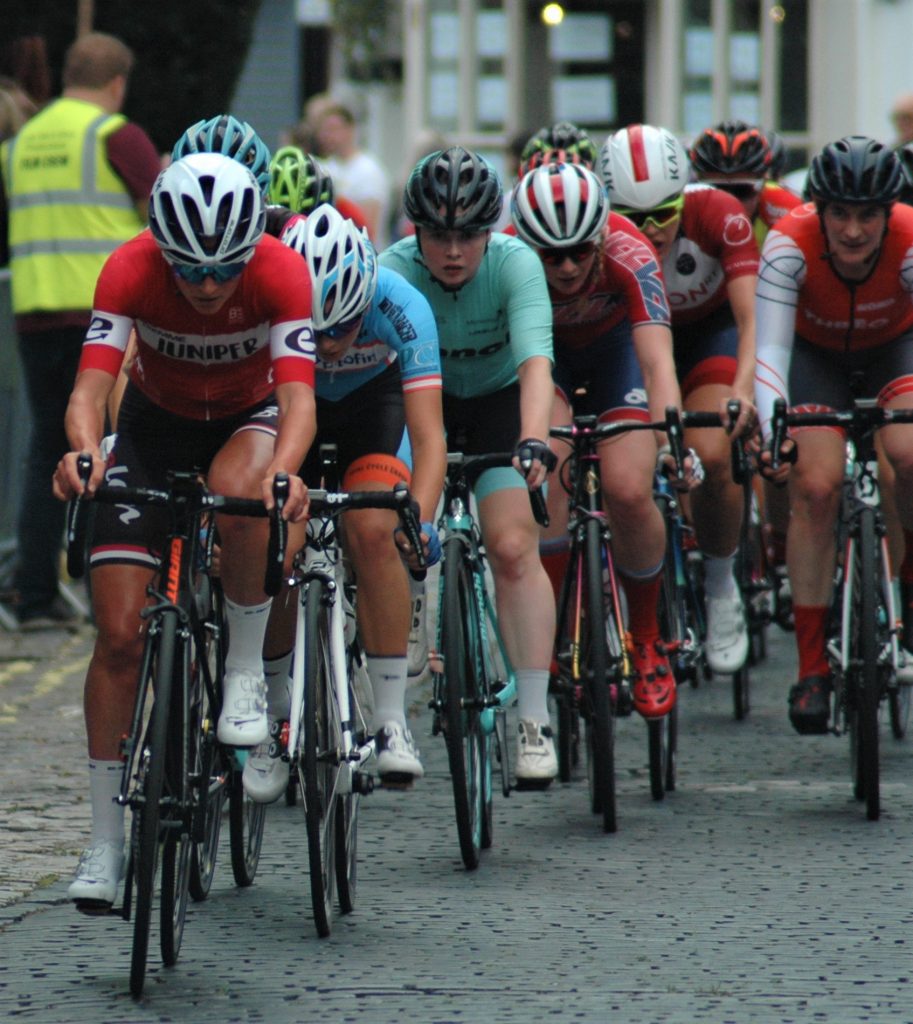 Everyone’s seen cyclists draft in the big Tour de France peloton that traverses the French countryside each Summer. Non-cyclists don’t often appreciate the advantages of it and even new cyclists who haven’t ridden in groups yet don’t either. The peloton is a drafting machine!

This isn’t one of those famous Dave Brailsford marginal gains that sees track cyclists shave tenths of a second off their times. The effect of the draft can be as high as 40% less work for riders in the right spot. Just being behind one other rider can be 20% easier than being in the wind. It’s also advantageous to have a rider behind you, you can save 2-3% of energy by having a rider following. It’s one of the reasons team cars follow their riders in the time trial.

Knowing Who to Draft Can Help you Win

When it comes to the business end of a race, being able to follow a smooth powerful rider will help you save your legs for a sprint. Ideally you want someone to sprint before you so you can take it easy whilst they accelerate before unleashing your own power. Otherwise you have to spend energy doing it yourself and have less to use in the last few metres.

On the club ride, it can make the difference between being dropped on a hill or not. If you’re the tall rider sat behind the tiny natural climber, you’ll potentially be suffering before the climb. That raised heart rate from the extra effort could see you fall off the back of the group. Only the very humble can take being last up the ride’s major climb.

Each of the riders drafting takes benefit from shielding the wind from each other. Knowing where to position yourself is key though. As I’ve mentioned before, when riding in a crosswind the drafting position changes. Even when riding in a straight line though, there’s an ideal place to be. In groups up to 5, you want to be the last person, right at the back. Once you’re in a bigger group though, the last but one cyclist gets the biggest benefit from the draft. These are the little differences that could make or break a race, or that training bash ride.

Some Love Riding in the Wind

I’m one of them! Usually they’re bigger riders with plenty of power to burn and a steady diesel engine. In the professional peloton, you’re looking at the likes of Julien Vermote, Thomas de Gendt and Tim Declercq. Some of these riders manage to win races but some prefer the glory of a job well done. Simply making sure the breakaway is reeled in is sufficient to know they’ve worked hard enough.

For us amateurs, people joke about it and most will shy out of the wind. But you’ll make yourself very popular with your riding mates if you can take up the stint into the headwind and protect them.

This doesn’t apply quite so much to the pros, but amateurs are safest in a reasonably tight bunch. Having riders straggled out with a few metres in between is likely to test the patience of the car driver who only needs an excuse to drive badly. What tends to happen in that situation is that cars end up in the gaps between riders, who are then stuck behind the cars in their draft. As a rule, cyclists don’t mind having to ride in a bunch. It’s more sociable, requires less energy and is easier to keep tabs on whether everyone is still with the group or not.