6 Reasons to Zwift All Year Round 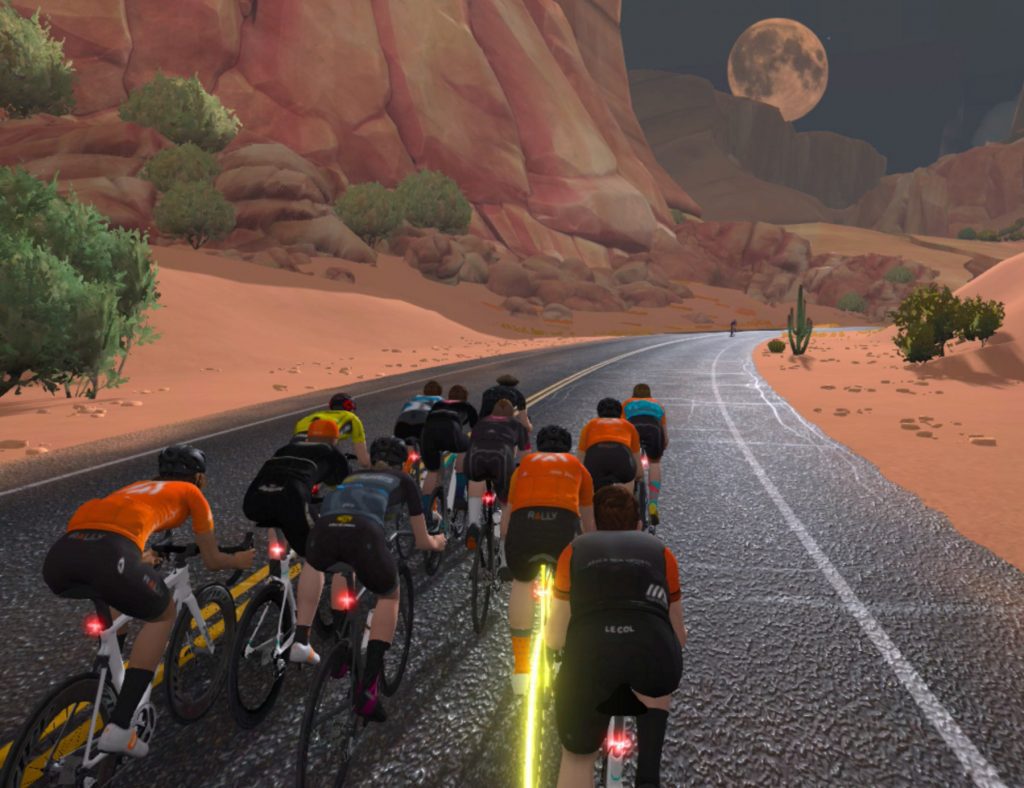 Traditionally riding on the turbo trainer was something cyclists only did in the Winter. The mind-numbing boredom of staring at the walls and grinding out long intervals was almost like a form of torture. Since Zwift took hold though, there’s now a viable excuse to ride all year round.

Smart turbos and power meters have come down in price in recent years. Whereas once a decent direct drive smart turbo was new bike money, the Tacx Flux S is now in the £550 bracket. The fact it ‘speaks’ to Zwift to adjust the feel changes things from the old days of fluid turbos which stayed constant.

6 Reasons to Keep that Zwift Subscription All Year

It’s tough to do a proper workout on the road, particularly in the UK. Whilst you’re supposed to be doing a certain power output, you’ll hit traffic or come to a junction. Both of which massively interrupt your flow. Plus there’s things like potholes, the odd bit of wildlife and the small matter of staying upright to worry about to.

Whereas on Zwift you can just plug in and go and barring any signal drops, you’ll be able to give the workout your undivided focus. Often the cats are too scared of the fans as well so they will stay clear.

This holds true in Winter particularly but it’s the same case in the warmer months. In Winter it’s just easier to chuck on the bare minimum and get riding instead of layering up. In our current fairly wet Summer, it’s the same sort of effect. Particularly if you have to do battle with some Velotoze.

There’s other benefits like not having to worry about being held up by suburban traffic or running out of daylight. The only thing that will hold you up on the turbo is whether or not Zwift has snuck in an update that needs downloading. Jon’s Short Mix is a cracking sub-30 minutes session on Zwift for the time-crunched rider.

For those who aren’t sure about giving real-life racing a go, Zwift racing is a good entry point. Obviously there’s the thrill of racing and those competitive juices but with the advantage of not having to worry about being in a pack. Knowing you’re not going to fall off or get taken out certainly helps with the confidence.

The racing is super competitive too! Pros often turn up and race, plus there’s now a whole group of dedicated Zwift racers who specialise in racing on the platform. Sometimes the races are streamed and commentated on live, so there’s a whole other aspect in getting a mention.

It’s possible to race time trials, road races, flat criteriums and full-on mountain races. Everything is possible and there should be something to suit your rider type! Just remember, the real results are on ZwiftPower.

There’s tonnes of riders on Zwift now and you’ll start seeing the same names over and over. Through the Zwift Companion app and your Zwift Profile you can follow riders you ride with. You can also find pros and see how they’re riding. The Companion app will also make your phone beep when your favourite riders have started Zwifting, making it easy to give them a ride-on.

The ride-ons themselves are all part of a positive social group where efforts are recognised, similar to Strava’s Kudos system. The many social rides you can take part in too means that not every turbo session has to be a smashfest.

The Zwift Academy has been a great bonus, particularly on the women’s side of the sport. The Academy gave winners the chance to join the Canyon SRAM team with a pro contract. Leah Thorvilson joined Canyon SRAM in 2016, Tanja Erath in 2017, Ella Harris in 2018 and Jessica Pratt in 2019. Whilst Thorvilson has moved on, the other 3 are still on the Canyon SRAM squad.

On the men’s side, riders earn a contract to the NTT Development Squad (formerly Dimension Data). Drew Christensen won in 2019 and joins 2018 winner Martin Lavrič who is still on the team. Ollie Jones won in 2017 but is no longer on the team.

To win the Zwift Academy, riders have to do set workouts and races, sharing their data with the scouts/judges. The finalists get taken away for a training camp and seen in person by the teams who then make a final decision.

Whatever it is you’re doing on Zwift, from completing a workout to chilling with friends, there’s plenty to enjoy. When you’re looking out the window at the rain racing down the glass, it’s good to always have the option to ride and achieve goals. Particularly if you’re like me and don’t like like the feeling of the rain sloshing your feet in your shoes.

There’s always the dreaded FTP test but even that’s fun when you see the progression and your hard efforts beginning to pay off. There’s always something new you can do!