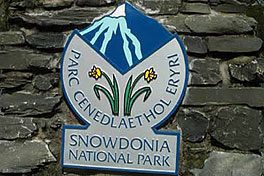 Working in education, I’m often stuck with having only school breaks to take my holidays in and October half-term was one of the last few options to use it up ahead of Christmas. Wanting to do something productive, I headed up to North Wales with my bike twice.

I went to Uni in Bangor and have been up plenty of times since with a bike, usually with some friends staying in a bunkhouse in the valley between Llyn Ogwen and Betws y Coed. This however was to be another one day blast round some of my favourite roads and climbs.

My mum fancied a day out in Wales herself after finding out I’d been up earlier in the week and sensing an opportunity I said I’d come along if I could bring my bike.
I was kicked out of the car at the shore of Llyn Cwellyn on the south-western slopes of Snowdon and sent on my way. I had a pre-planned 40 mile route of which I’d probably only covered about 8 miles of before.

Straight out of the car park and I had a tailwind, perfect. I hammered the 4 miles into Waunfawr at just under 24mph before tackling a short bump up and over to Llanberis. I dropped my chain, then realised I was far too warm and took off my helmet to take off my thermal snood and put the helmet back on, all whilst still pedalling no-handed, pro-skills!

Unfortunately the descent back to the main road was ruined somewhat by patches of road works where the tarmac had been scraped off and the option was to walk or gently ride over the packed rock surface. Liking a challenge, I rode over the rocks with no incidents.

Cycling alongside Llyn Padarn into Llanberis the headwind kicked in making cycling on the flat a needless struggle, no personal best times today it seemed! Heading through Llanberis you begin the Pen-y-Pass climb which takes you up the valley to the starting point of a couple of Snowdon paths. Pen-y-Pass is roughly 5% for 3 miles and a steady climb that gets slightly tougher as it goes on, as if someone is slowly turning up the difficulty setting on your behalf. It’s probably my favourite climb in Wales.
There were some hefty side winds on the way up, at one point by the bouldering….boulder I got swept fully across the road to the other side, luckily there was no traffic!

There comes a point where you round the corner and see the inn at the top and it’s always so so much further than you think to it! It’s only when you get to the triple wobbly chicane part of the road that you know you’ve got to make one last effort to the top. I was about 3 and a half minutes off my personal best that day, testament to the windy conditions.

The descent into Beddgelert is one I’d been looking forward to having never ridden it before, however it was ruined by a bus which overtook me near the top and then was either not quite fast enough or had to keep stopping because it was so wide. Without the bus I’d have whipped down the pass – lots of cyclists were going up towards Snowdon on the opposite side of the road, I’m always going the wrong way compared to others! Lots of other people were clearly flocking to Wales during half-term too!

The map suggested there was a cat 4 climb out of Beddgelert, Wales and yet nothing about it sticks in my mind as being challenging, either I’m in amazing form or I had the tailwind back (pretty sure it’s the latter..).

What I do remember is the road after the left turn in Rhyd Ddu, looking back over my shoulder it looked like an uninterupted ribbon of desolate perfection with a climb up to the top of Drws-y-Coed. The overhang and dark shape of the hill Y Garn to my left contrasted with the brightness further on through the pass. Upon reaching the top, I was given my first glimpse of the sea before shooting down the pass and out of the mountains. One of the best views I’ve had cycling in Wales.

With the last descent and back into civilisation, the traffic picked up again and there was far less to gaze around at until reaching the sea front and being able to hammer along the straight beach road to meet up again with the driver for the ride back home.