Book Review: The Race Against the Stasi: The Incredible Story of Dieter Wiedemann, the Iron Curtain and the Greatest Cycling Race on Earth 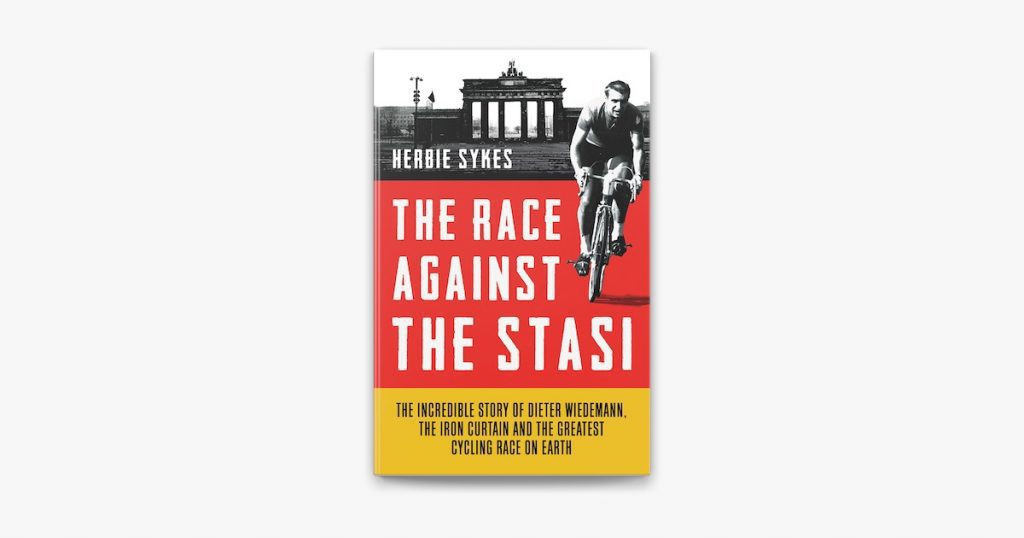 Dieter Wiedemann was a rising star of East Germany cycling, before defecting across to the West. The book covers his early life, his rise through the cycling ranks in the East, his defection and life in the West. The story is told through a combination of witness recollections and the Stasi reporting from that era.

As someone who likes cycling and studied East Germany once upon a time, this book was on the wish list for a while. It tells the story of Dieter Wiedemann who was a protégé of the East German cycling scene, finishing 3rd in the 1964 Peace Race. The book begins with an outline of the Peace Race, a highly regarded race that was considered the level of the Tour de France on the Eastern side of the Iron Curtain. That race, which started in 1948, ended up outliving the Soviet era but lost its significance and was last held in 2006. It was a big deal in the 1950s and 60s for East German as it strove to achieve international legitimacy. British rider Ian Steel, a Tour of Britain winner, won the Peace Race in 1952.

Dieter’s story is interwoven with the race, the rising cyclist joining the ranks of the East German stars of the Peace Race. We also see the far-reaching eyes and ears of the Stasi, as informants give detailed reports that are now able to be published. Coaches, neighbours and colleagues all report on the faithfulness of Wiedemann to the prevailing socialist doctrine. Any potential deviations from the correct path would be picked up upon but Dieter manages to keep his head down and keep riding.

A long-distance love story develops between Dieter and Sylvia, after she visits him in the East. Ultimately that and a growing dissatisfaction with the political side to the bike racing leads to Dieter’s defection before a bike race in the West. He’s spirited away with the Stasi hot on the tails of any leads as to where he might be, in order to ‘reclaim’ him. Ultimately they declare him a traitor and it’s Dieter’s family that suffers as a result of his defection for reasons of love. The Stasi reports and interviews give the full flavour of the restrictions placed on the family.

As a result, what should be a happy ever after ending has quite a few twists and turns. Dieter Wiedemann gets to turn pro in the West and finishes 10th in the Tour de Suisse. This in turn sees him race the Tour de France the following year, finishing a respectable 52nd. And that’s about it for the cycling side of things as the team ended up folding.

The book boils down to an interesting personal tale that’s set against the backdrop of its time. For some, the constant interspersing of Stasi reports might divert the natural flow and making following the narrative tough. It’s tough to get away from the formal tone of the reports naturally. They do serve their purpose though as we get to read both sides and without them, the story just wouldn’t be as complete.