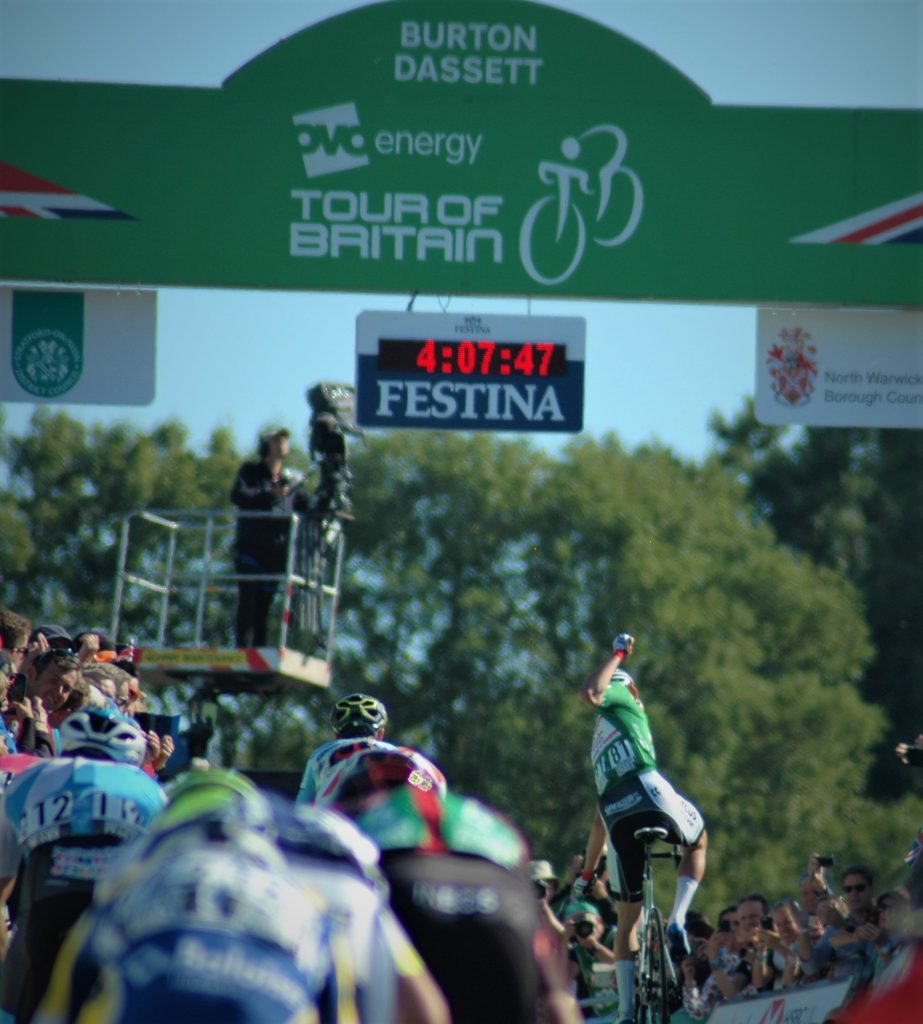 The Tour of Britain is now firmly part of the professional calendar and has risen to be just shy of Worldtour status. It wasn’t always so though. There was no professional stage race in Britain for large parts of the 1990s and early 2000s. Really the history of this Tour of Britain only goes back to 1987 in the form of the Kellogg’s Tour too. For older people, the largely amateur Milk Race is the race that has stuck in their minds. Not a surprise really, as it is this race that traces its origins back to the 1950s and beyond.

The Origins of the Tour of Britain

The Tour of Britain made its start as the Victory Marathon in 1945. Raced from Brighton to Glasgow over 5 stages, this initial race was won by Frenchman Robert Batot. The name was dropped but the race continued to be run as Brighton to Glasgow for the next few years.

As the 1940s turned into the 1950s a number of other stage races vied for contention. 1951 had the Butlin Tour see riders race between Butlins holiday parks. A separate Tour of Britain race then appeared the same year. All the while Brighton Glasgow pushed on, becoming Brighton Newcastle in 1953 and then the Circuit of Britain between 1954 and 1956. This was as a result of the internal battles between the National Cyclists Union (NCU) and the British League of Racing Cyclists (BLRC), and the BLRC with itself.

1958 saw the amateur Milk Race for the first time. The Milk Race was a more international affair that saw riders from the Eastern Bloc traverse the Iron Curtain to race. The Milk Board sponsored the race all the way until 1993. By the 1980s it had lost its amateur status, becoming a pro-amateur race instead. By 1993 the Milk Marketing Board was wound-up as it broke EU rules. As a result of their non-existence their sponsorship ended and so did the race.

The Milk Race became known for its long stages, almost all over 100 miles, and routes were tough. Organisation was interesting with riders sometimes routed over tiny lanes and into fields. There were plenty of tales of riders taking wrong turns and finishing stages may hours late.

The quality of the amateur field steadily improved. The 1964 winner Arthur Metcalfe rode the Tour de France in 1967 & 1968. The 1965 & 1967 winner Les West finished 4th in the 1970 World Championships. Dutchman Hennie Kuiper won in 1972, he went on to become World Champion in 1975, 3 Tour de France stages and a win at each of Milan San Remo, Tour of Flanders, Paris Roubaix and Il Lombardia. The 1973 winner Piet van Katwijk won the 1976 Tour de Suisse. 1974 winner Roy Schuiten was a double World Individual Pursuit Champion. Bill Nickson won in 1976 and rode the Tour de France the following year.

The late 1970s and into the 1980s was the era of Eastern Bloc domination. USSR riders won 7 times in 12 years. The consensus was that many of these riders would’ve been professionals under different circumstances. Professionals could race the Milk Race from 1985 when another Dutchman Eric Van Lancker won. Van Lancker would later win a Giro stage, Liege Bastogne Liege and Amstel Gold Race. Malcolm Elliott became the first Brit to win in a decade in 1988, the next year he won the points jersey at the Vuelta a Espana. The infamous Shane Sutton won in 1990. Chris Lillywhite won the final Milk Race in 1993.

Surprisingly ahead of its time, there was even a Milk Race video game tie-in. It looks like something you’d have pulled up on Ceefax, but I’m sure was very exciting in its day.

Joey McLoughlin won the first Kellogg’s Tour in 1987, he’d won the Milk Race the year before. Malcolm Elliott joined him in winning both races in 1988. The star Brit of the age, Robert Millar, won in 1989. By this time Millar had already won mountains jerseys in the Tour de France and Giro d’Italia. The first non-European to wear the Yellow Jersey, Phil Anderson, won the 1991 and 1993 races. Max Sciandri won in 1992, still racing for Italy at that point before his transfer to riding as a Brit. The Kellogg’s Tour bowed out in 1994 with 1988 World Champion (and winner of Flèche Wallonne and Milan San Remo in 1993) Maurizio Fondriest taking the victory.

The Kellogg’s Tour finished in 1994 and after a hiatus, there were two editions of the PruTour in 1998 and 1999. The PruTour aimed at a similar level to the Kellogg’s Tour with the pro peloton invited. Stuart O’Grady won in 1998 and Marc Wauters in 1999 – both were Tour de France stage winners. There would then be another gap until the modern Tour of Britain appeared in 2004.

The Modern Tour of Britain

The modern version of the Tour of Britain made its first appearance in 2004 and is still going strong (the 2020 version excepted for COVID-19 reasons). Its history links to the Kellogg’s Tour as its predecessor rather than the Milk Race. The first race ran at 2.1 level but still attracted some star names in Tom Boonen, Paolo Savoldelli, Michele Bartoli and Daniel Moreno. The first edition had 5 stages but as the popularity of the race has grown, it now features 8 stages.

The race initially saw a mixture of rider types take victory. Mauricio Ardila won the first edition, before finishing 9th in the Vuelta a Espana the following year. Nick Nuyens won the 2005 edition, the same year he won Omloop Het Volk. Edvald Boasson Hagen won 2 stages in 2008 but went better in 2009 by winning the Overall. Boasson Hagen won again in 2015 to join Lars Boom (2011 & 2017) as the only multiple winners. Classics riders often found themselves at an advantage. The General Classification was usually decided by breakaways that couldn’t be reeled in on the tough, grippy British roads.

The 2012 edition saw Bradley Wiggins take part as the reigning Tour de France (and Olympic TT) champion. He would win the 2013 edition, taking advantage of the time trial to create a gap he didn’t relinquish. Steve Cummings became the 2nd Brit to win the Tour of Britain 2016. The 2018 race saw more stars, with Primosz Roglic and Julian Alaphilippe battling it out for the win. 2019 was the Mathieu van der Poel race as he dominated proceedings. Only Matteo Trentin came close to him throughout the week but van der Poel won 3 stages (including Burton Dassett) to assert his dominance.