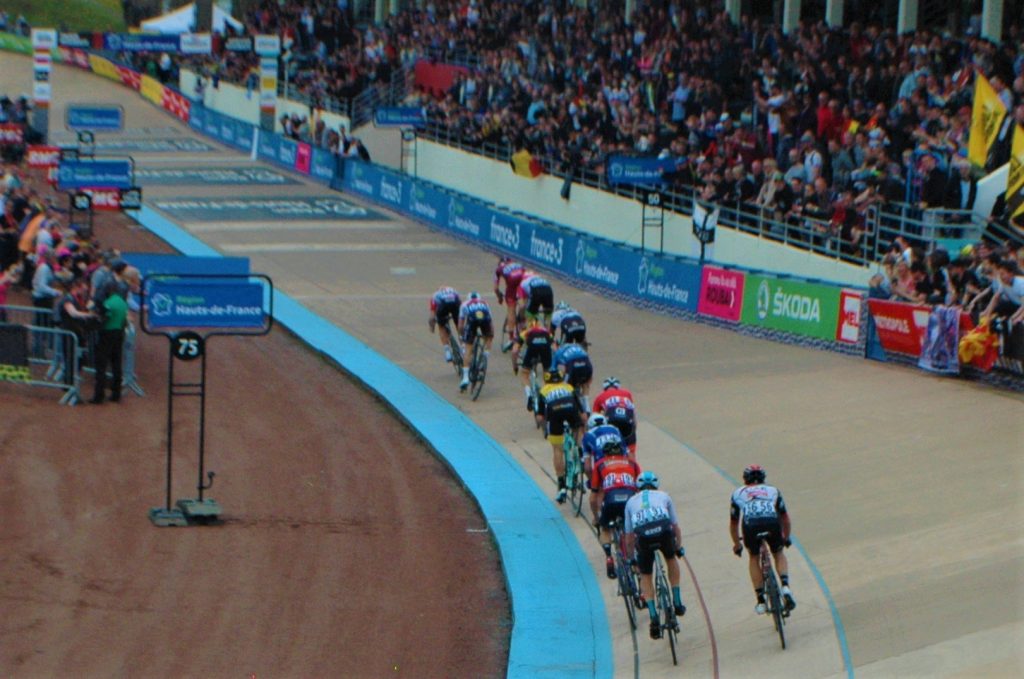 The ‘Hell of the North’ is one of cycling oldest still active race – the first edition taking place in 1896. The owners of Roubaix’s new velodrome were looking for ways to increase business so began the race with Paris newspaper Le Vélo.

The first winner was a German – after which it took 119 years for another German to win Paris Roubaix. The second edition saw future Tour de France winner Maurice Garin win. The race was given the name of the ‘Hell of the North’ after WW1. The areas that had been battlefields were blackened and destroyed, the trees having died and the endless mud. The 1919 race was described as a pilgrimage by its winner – Henri Pélissier, another Tour de France champion.

The start moved from Paris in 1967 to Chantilly and from 1977 to the present day, the start has been in Compiègne. The finish has always been in Roubaix. 1949 saw two winners as André Mahé had been let on the Velodrome at the wrong place by officials. Serse Coppi took the official route and won the sprint by the second group on the road. After a protest, they were both declared winners.

Bernard Hinault famously called Paris Roubaix ‘bullshit’ after winning in 1981. He’d fallen off 7 times, including when a dog got in the way. That dog now has a cobbled sector named after him – Gruson.

The 1990 race ignited with 100km to go when Eddy Planckaert attacked. He gained a minute ahead of his chasers. The Tour de France winner Laurent Fignon chased hard but was outnumbered by Planckaert’s teammates.

He tired himself out and then Edwig Van Hooydonck & Steve Bauer attacked, joining Planckaert. These front 3 were caught just after entering the Velodrome, so 6 riders would contest the end of the race.

Van Hooydonck went first, Bauer and Planckaert sprinted past on either side and threw their bikes at the line. The result was the closest in the race’s history.

The Arenberg Trench is the one of the hardest sections of cobbles in Paris Roubaix. The trench is 2.3km long and pretty much flat but contains some of the worst cobbles.

The Arenberg was first included in 1968 after being ‘discovered’ by former World Champion Jean Stablinski. Many crashes have happened here, including a motorbike.

Museeuw broke his leg in 1998 here and nearly lost it to gangrene. His 2000 win was dedicated to his leg.