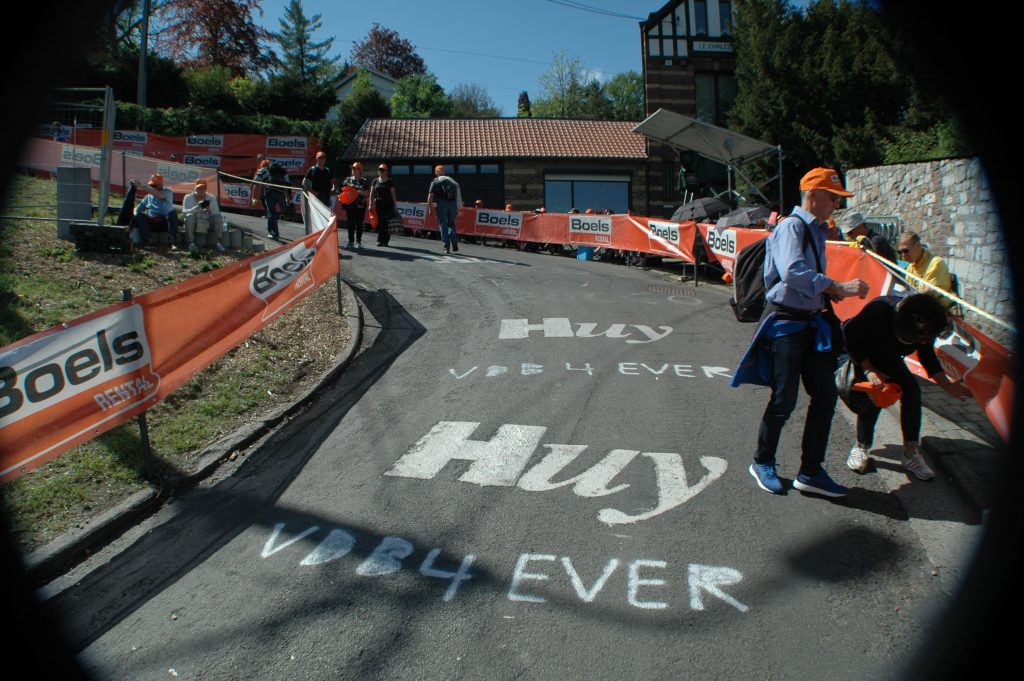 The race began in 1936 but moved around a lot until settling on its modern Identity of finishing on the Mur de Huy. At various points the race started in Tournai, Mons, Charleroi, Liège, Verviers, Huy & Spa. For a while the race started from Charleroi (or nearby) and then headed east for a finishing circuit or two around Huy.

From 2018, the race moved to Seraing/Ans near Liège and that changed the preamble riding that takes place before joining the largely similar finishing
circuit as before. The Mur de Huy is still the focal point, as it has been since its introduction in 1984.

Flèche Wallonne is the start of a different part of the Classics Season. The races all move across from the Flemish Ardennes over to the Wallonie Ardennes. Generally that means there’s fewer cobbles and the climbs become longer, and less steep. Obviously there’s exceptions like the Mur but the race uses the Côte de Cherave and the Côte d’Ereffe too.

Flèche Wallonne has been raced not particularly excitingly in recent years
with it seemingly almost accepted that a breakaway can’t stay away
and win up the Mur. As such the peloton seems to wait until the final
climb before a mad sprint up to the top.

Not since 2003 has a break made it, Igor Astarloa the winner that day. As such there’s a fair bit of criticism out there about Flèche Wallonne for being largely dull until the finale. Not necessarily something I’d agree with myself.

A group of 15 riders snuck away on the descent after the first climb of the Mur de Huy. 50km later they had a lead of 3 minutes still. The peloton managed to the lead down to 1:12 over the next 50km but never quite closed the gap.

With 11km, Igo Astarloa attacked on the Côte de Ahin and only fellow Spaniard Aitor Osa could join him. With 5km to go, the pair had a lead of 35 seconds. A gap that can disappear quickly on the Mur with tired legs.

They made it to the climb together and Astarloa attacked with 200m to go to take the win by 16 seconds over Osa. The remnants of the break finished 1 minute back and the peloton 1:34 behind Astarloa.

The summit of the Mur De Huy has seen the finish line of Flèche Wallonne since 1984. Part of a finishing circuit, the climb is raced 3 times before the winner is decided at the top. The climb is 1.3km long at an average of 9.3%.

Also known as Le Chemin des Chapelles, there are 7 roadside chapels lining the route as it climbs upwards. The near hairpin corners ramp up the steepness with a peak of 26% on the inside of one of the bends.