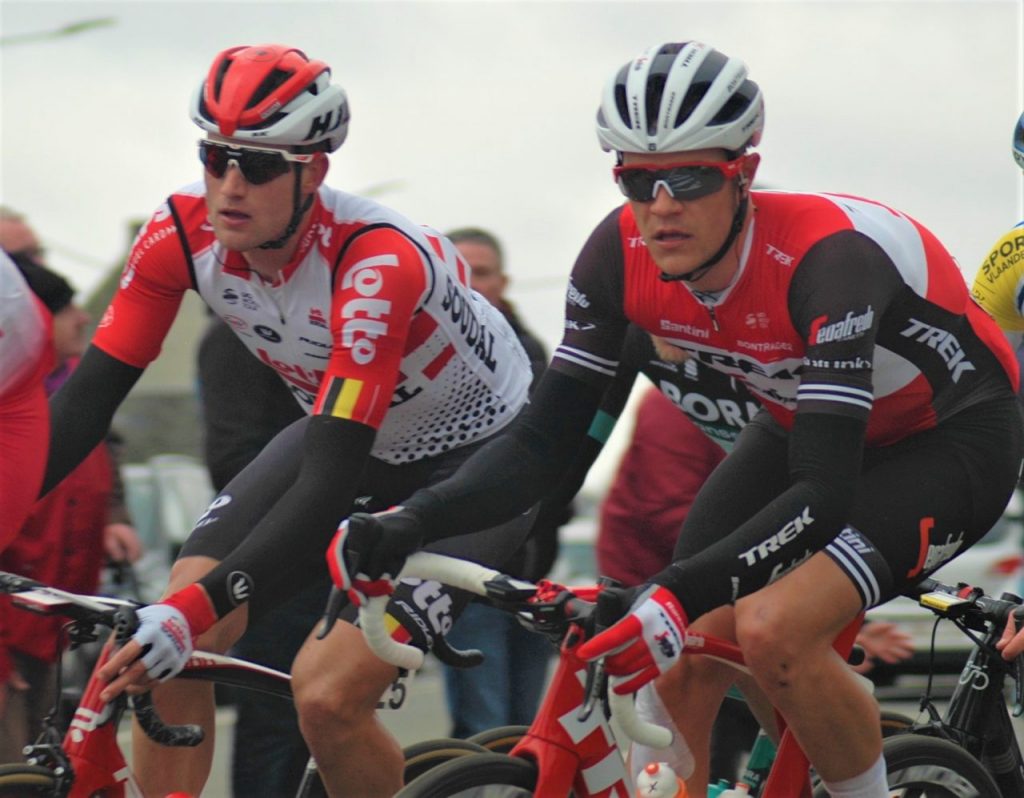 Originally named Omloop van Vlaanderen, the race was created by newspaper Het Volk to compete against rival Het Nieuwsblad’s Tour of Flanders (Ronde van Vlaanderen). Het Volk were then forced to add their name to the race. By 2009, the two rivals had merged and the race became the Omloop het Nieuwsblad.

The first race in the calendar and often held in the last weekend of February, the conditions can be brutal. 2 editions have been cancelled because of snow – 1986 & 2004. Omloop het Nieuwsblad shares plenty of climbs with the Tour of Flanders – Wolvenberg, Leberg, Berendries and the Muur van Geraardsbergen.

As the first Classic it’s an interesting marker to see who has form. No rider has won Omloop het Nieuwblad and gone on to win the Tour of Flanders in the same season however.

The 3 long flat cobbled sections of Haaghoek (seen below), Paddestraat & Lippenhovestraat often play a part in causing splits in the peloton. The cobbles are strength sapping at a crucial point in the race.

However, since the move of the finish line to Ninove, the Muur van Geraardsbergen became a decisive climb once again. It’s quickly followed by the also cobbled Bosberg climb ahead of a quick flat run-in to the finish.

Winner of the previous year’s race, in 2015 Sky’s Ian Stannard found himself riding against a trio of Etixx Quickstep riders in the lead group. Inside the last 5km Tom Boonen attacked the group first only to be reeled back in by an effort from Stannard.

Niki Terpstra attacked next but was brought back by his own teammate Stijn Vandenbergh, strangely. Thanks to this, Stannard was now fresh again and attacked himself within the last 3 km.

Only Terpstra could follow and he sat on Stannard’s wheel until 300 metres to go when he launched his sprint. Stannard was too strong however and he came round to win his 2nd Omloop het Nieuwsblad.

The Muur van Geraardsbergen rises up out of the town of Gerardsbergen from the river to the chapel at its summit. It’s this small chapel that gives it the nickname of Kapelmuur.

The climb is 1.1km long at an average of 9.3%. The peak sees mass crowds watching from a wall at the steepest point as riders grind up 19.8% on cobbles with the narrow road stretching the peloton out behind. The strongest riders in the race are the first to crest this climb.