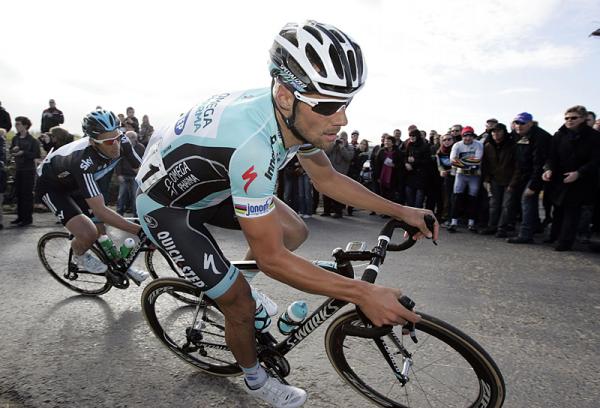 Boonen’s first year as a professional was at US Postal. He finished 3rd at Paris Roubaix as well to announce himself. He broke his contract to sign with Quickstep for 2003 and stayed there all his career. In 2004 he won 3
Classics and 2 Tour de France stages.

He won Paris Roubaix again in 2008 but was barred from the Tour de France after using cocaine. He retained Paris Roubaix in 2009, The years 2010 and 2011 saw strong results but Gent Wevelgem was the only Classic that Boonen won in those years. 2012 was a return to form. E3, Gent
Wevelgem, Tour of Flanders and Paris Roubaix were all won.

This was to be the last of the peak Boonen era as only Kuurne Brussels Kuurne was won afterwards. He always placed well in races but never quite managed to win. He retired in 2017 as a modern legend of the cobbled classics.

2012 saw Tom Boonen win Paris Roubaix for the 4th time, equalling the all-time record set by De Vlaeminck. He did it in a manner befitting legendary status. Boonen led the peloton across the iconic Arenberg section before letting teammates bring back the breakaway group with 68km left to go.

A small group then escaped and only Boonen and Pozzato from the peloton were able to bridge across. Boonen then attacked this group with teammate Terpstra who was unable to keep up. Behind, Pozzato crashed into Devolder and Boonen found himself with 30 seconds advantage.

By 27km to go and despite more riders joining the chasing group, Boonen was 1 minute ahead. By the time Boonen reached the velodrome the race was not in any doubt. He soaked up all of the atmosphere as the velodrome willed him to the finish line.