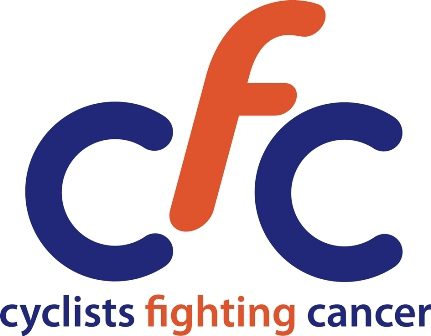 I did the CFC Meon Vale Spring Sportive last year but managed to forget to actually sign-up for it, as such I didn’t do a write-up for it. I was so convinced that I’d signed up, that I went to the main desk and scanned down the list of names for my name expecting to find it…only I didn’t. I rode it anyway.
With that in mind, I had a moment of shock this year when I came across a Michael Mitchell and couldn’t find my name for a second or two!

I met up with 4 other guys from the Stratford Cycling Club and we set off. It was a warm-ish day (just about ok for shorts) but so so windy, teamwork was going to be very important. Saying that I hid out of the wind for the first 5 or 6 miles until we got to the foot of Baker’s Hill. The other guys are all lighter and better climbers so I was going to have to work hard to keep us together. I shot off at the bottom trying to get a slight lead, ready for when they would come past. It worked, I was only a few seconds behind by the time we got to the top.

The whole next section to Chipping Campden was spent trying to get the heart rate down before we got to Dover’s Hill, with mixed results. Flying down the descents definitely helped, but the small climbs didn’t help matters. We’d managed to catch two more riders to add to our pack, a guy in a blue jersey (more about him later) and presumably the British national champion (that’s Adam Blythe this year for the record) because no-one would commit such a fashion faux-pas.

We made the turn for Dover’s Hill, just about started the climb and I managed to throw my chain off, urgh. Having to stop, flip the bike over, put the chain back on and then get going again on a slope was not the ideal way to approach the climb. I went past the obligatory photographer and met up again with the guys who were very nicely waiting at the top.

We then followed the route of the Stratford Reliability Ride, so very well known roads to us. I got further on this ride than I did on the Reliability Ride this year. The lack of snow by Broadway Tower definitely made the difference. After the climbing, the flat roads into the wind played into my strengths amongst the group and I spent a lot of time on the front. Therefore it was probably partially my fault that we missed a sign (although Strava Flybys suggests many others did too) but it turns out the wind had blown it around.

It turns out we’d cut off a loop and the feed stop by skipping out the village of Guiting Power. Around this point, Alex had a puncture so we all had to stop, watch him and make him feel awkward as he sorted it out. Blue jersey guy and the national champion passed us here.

We came across another sign blown round in the wind, again Strava Flybys shows that some of the people that got there before us went quite a way down the wrong way. We turned the sign around, tightened the cable ties and then carried on, in the right direction and back on course. Then straight up the Cat 4 ‘Quadrangle’ climb. The guys put a bit of distance on me heading up, double-digit gradients are never my strong point, especially with guys who weigh around 25kgs less than I do.

They eased up after going over the crest, allowed me to catch up before the descent, rising up into another hill and down and then back up into Stow on the Wold. The elastic was beginning to stretch on each climb but heading into Stow as the gradient flattened out I managed to catch and pass the guys just before the lights. The lights had been red for as long as we’d been able to see them, so I started off with a track stand (basically balancing the bike on the spot without putting your feet on the ground) thinking they’d change soon. They didn’t, it took a full two and a half minutes before they changed but I held the track stand the whole time. Showing off as usual.

We then had my least favourite descent into Broadwell, but clearly I was feeling confident because I set a new personal best down it. We finally had the wind with us and we flew between Stow and Moreton in Marsh. Once again the climb by Batsford saw me drop off a touch, but some aggressive descending closed the gap. On the road to Paxford, Andy turned things up a few notches with the tailwind, sitting at 28mph blasting away. We climbed up to Ebrington, the guys rejecting my attempts to stop off at the pub at the top and took off on the rolling road to Charingworth.

The pattern continued of me dropping off a touch on the climbs before catching up again on the descents. We’d started to catch up with those doing the 60km route who were following the same route as us now. With the tailwind working for us on a nice straight road, we worked well together, zooming along at 30-33mph we caught up with a bunch of 60km-ers who despite our best efforts to shout our presence were a little bit scattered across the road. As we passed them one woman gave a ‘bloody hell’, showing off again.

As we made the turn onto the final stretch, the wind was back into our faces making the drag from Crimscote even harder. Naturally, I was back on the front, powering us along and providing more shelter for the smaller guys. As we were coming along there we saw a rider in a blue jersey who was going noticeably faster than the other guys we were overtaking. Turns out this was the guy from the start and we passed him in Quinton village.

He got us back pulling out onto the main road. With the gauntlet now thrown, I closed the gap and sat on his wheel heading into Meon Vale. There was a car sat at the junction for the last corner, clearly only one bike at a time could get through, so I sprinted past to make sure I got there first before putting the hammer down for a sprint finish for the line. As it turned out, Strava Flybys reckons that this was actually the sprint for 1st place. Happy to say I got it with Andy second and blue jersey third.