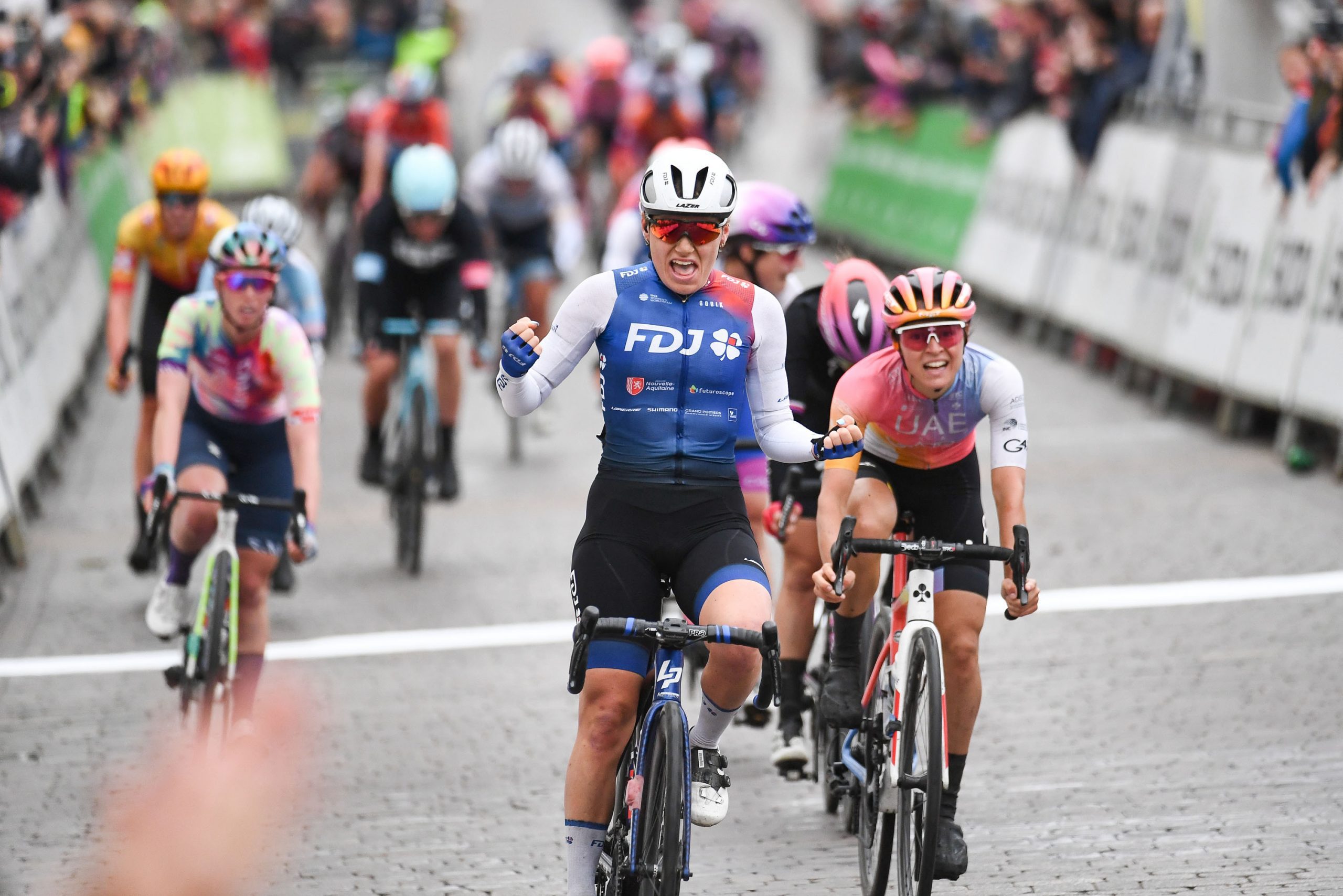 After coming super close in last year’s Women’s Tour Frenchwoman Clara Copponi claimed the first victory of her road racing career. She sprinted to the win on the opening stage of the Women’s Tour in Bury St Edmunds today.

Copponi, a reigning world champion on the track, claimed the first yellow leader’s jersey of this year’s race as a result of her victory. She also leads the Breast Cancer Now points classification going into stage two. Copponi finished 3rd overall in last year’s edition.

“Today I feel good, confident. I am excited for the rest of the week. I love England! Win the sprint, again, I will do my best and we will see day by day

Finishing fourth was Canyon//SRAM Racing rider Alice Barnes, who takes the honour of Best British Rider, an award she won overall in 2021, after the opening day.

“My teammates tried to help me and we had aimed to be patient, but I was blocked to get to them, so I made the choice to go alone in the final. I was able to find my way close to the front before the roundabout but I have to admit we’d already been slipping a lot all day on the wet roads and that didn’t give me a lot of confidence. The riders ahead of me took the left-hand corner too hot and crashed. I was able to find my way through and did my best in the final 100m.”

Christine Majerus (Team SDWorx) leads the ŠKODA Queen of the Mountains category having won both the contests in Suffolk at Brantham and Bildeston, while British team Le Col – Wahoo take the Pillar Sprints jersey with Maike van der Duin, who won both intermediate contests during the stage.

Tomorrow’s stage two starts from the Harlow Innovation Park at 11am on Tuesday 7 June, taking in a 92.1-kilometre (57.3-mile) loop of Essex, with two category two ŠKODA Queen of the Mountains climbs in the final 20 kilometres at Toot Hill and Stonards Hill outside Epping.

The stage is expected to finish on Third Avenue in Harlow at approximately 1.40pm, with live coverage on Eurosport Player and the GCN+ app from 12.30pm.