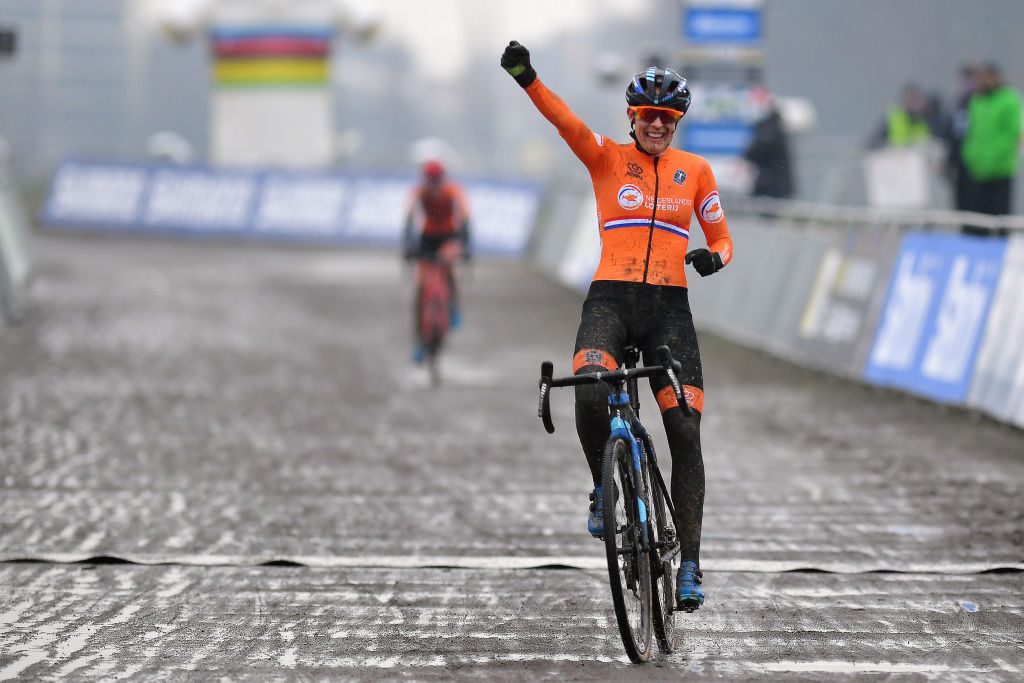 The Cyclocross UCI World Cup is the highest-ranked series in the cyclocross calendar. Despite the name, the cyclocross world champion is not the winner of the World Cup. The World Championships decides which rider gets to wear the rainbow bands. In the 2021-2022 season, the World Cup consists of 16 races. Taking place in the United States, Belgium, the Netherlands, Italy, Czechia and France. The US part of the season is completed early this year, with 3 races within a week ensuring that riders only have to travel once.

As the series has developed, major riders sometimes choose to focus on individual races on their way to a focus on the world champion’s jersey. For many though, it’s still a key series and there is considerable prestige in winning it. The most recent winners are Wout van Aert and Lucinda Brand.

The men have had a Cyclocross UCI World Cup since the 1993-1994 season. One of the early winners was Tour of Flanders winner Adrie van der Poel. He also won the World Championship the same year and his legacy is clear with sons David and Mathieu van der Poel also successful in cyclocross. His teammate Richard Groenendaal would go on to win the Cyclocross World Cup 3 times but he was in a tough battle with a legend, Sven Nys. Nys won the World Cup 6 times between 99/00 and 08/09. As Nys’ dominance began to wane, Zdenek Stybar, Niels Albert and Kevin Pauwels alternated victories between them. The last cyclocross World Cup victory for Nys was at Koksijde in the 2015/2016 season.

Then we start to see the modern cyclocross generation come through. The ongoing battle between Wout van Aert and Mathieu van der Poel has kept fans hooked. Van Aert has won the Cyclocross UCI World Cup 3 times to Van der Poel’s once but for both, the World Championships is the major goal. Whilst those two have missed races, that has allowed Toon Aerts to take a pair of World Cup victories. In 2018/2019 for instance, Van der Poel won all 6 races he took part in, but Toon Aerts won 2 of the 3 remaining races to win overall.

The women’s Cyclocross UCI World Cup only started in the 2005/2005 season. The first season was won by Daphny van den Brand, who would go on to win twice more. Her wins were interrupted by two wins for Hanka Kupfernagel. Although they were split by the 2007/2008 season where no individual winner was declared. This was the case in the men’s competition too, that decision only lasted 1 year. Katie Compton began her run as a major rider with two overall victories (2012/2013 & 2013/2014). She would win World Cup races until her final one at Nommay in 2018. The pattern of a dominant rider having a couple of years at the top was continued by Sanne Cant. Cant would win 3 of the next 4 World Cup seasons.

Multiple-time world champion Marianne Vos finally won the World Cup in 2018/2019 as Cant relatively struggled. The following year, Annemarie Worst took the title, despite missing the first two rounds in America. She was helped by Ceylin del Carmen Alvarado also missing those races. The dominance of Lucinda Brand was imminent though, as she took 3 wins last on. So it was no surprise that Brand won the abridged 2020/2021 World Cup, winning 3 races and finishing no lower than 2nd.