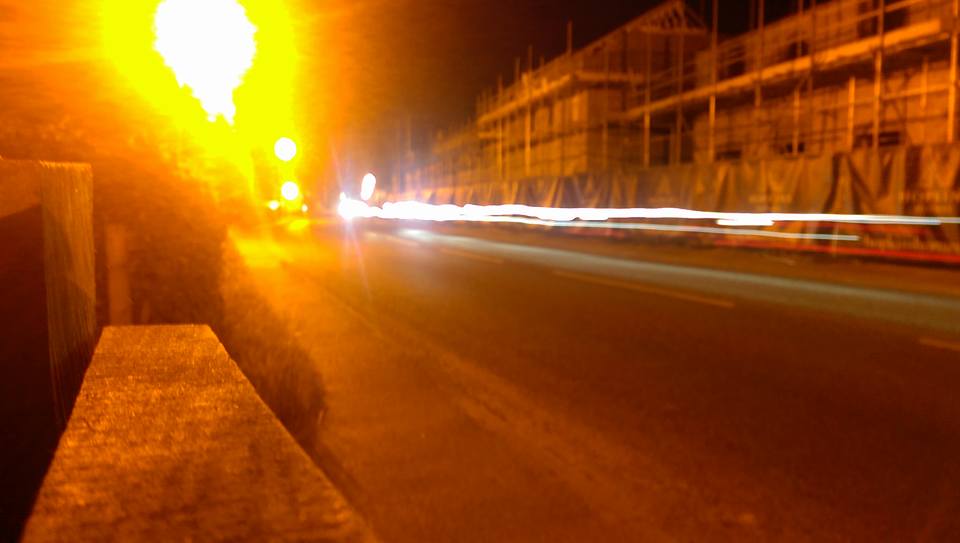 Right so in the traditional Christmas style, gather round children, I have a story or two to tell…
I’ve been very neglectful and haven’t been writing for awhile and eventually the guilt and haranguing from family members has meant that my last acts of 2015 will be to finally write up my Dunwich Dynamo and London to Paris experiences and enter 2016 with a clean conscience.

The Dunwich Dynamo is an overnight, 120 mile, ride that leaves Hackney in London around 8pm and sees riders reach Dunwich on the Suffolk coast shortly after daybreak the next morning. It’s half organised, free to enter, and the non-competitive nature of it encourages all sorts of riders to give it a go, from club warriors to those that normally just cycle to the shops and back. The equipment on show is a bewildering mix.

Now me and the Dunwich Dynamo have a history. For some reason it has become the most ill-fated ride I continue to do. I first gave it a go in 2010 only for 5-6 punctures and a lack of route sheet to put pay to our ride, the night was ultimately spent trying to sleep in Braintree station waiting for the first train. The second attempt in 2011 was successful and the beach was reached, despite a puncture at the ‘Welcome to Dunwich’ sign and a wobbly descent on a flat tyre. 2012 was probably the worst attempt, I managed to get around 10-15 miles in before a weird, power out type feeling kicked in that ultimately resulted in a 12 day hospital stay to cure Guillain–Barré Syndrome. The years 2013 and 2014 were skipped because of Luke, firstly he booked a Scout trip on that weekend and secondly because he hit a cat and broke his elbow. There were no excuses left for 2015.

For 2015, I managed to rope in my flat-mate George and the idea to do it on a tandem surfaced. Ebay was consulted and one was bought for under £100. Edit – Found one!
It then promptly lived at George’s dad’s workshop for 4 months where it was cleaned up, shot blasted and given a new coat of paint. By the time we got hold of it, it was unrecognisable. Best estimates based on the stem and original Cyclo derailleur are that it’s from the 1920s or 1930s. We ended up deciding to build it as a single-speed because of the ease and the route being a more or less flat one, it wouldn’t cause too many issues.

Getting it on the train and down to London was surprisingly easy, with our limited practice, the part I was most worried about was cycling across London but even that wasn’t a problem bar one incident. Coming to a T-Junction and wanting to keep the speed up, rather than stop and reset, I looked, saw it was clear and turned left. Somehow out of the options that were laid out in front of us of cycle lane or road, I chose the very narrow raised ’causeway’ between the two. The drop was too great to just stop and put feet down, but with an abrupt end clear ahead we had to hop off the raised part into the cycle lane, which surprisingly worked. Then the saddlebag fell off.

The afternoon was spent in a cycling café watching the Tour de France Prologue and sunbathing in the park next to the starting point. As the afternoon turned into evening, the amount of bikes and cyclists kept growing, with plenty interrupting a nearby pétanque game by cycling through it unintentionally. Eventually Luke and Will arrived and our contingent of two veterans and two newbies was together. We made it a full 50 yards as a foursome.

Will managed to start his own run of Dunwich Dynamo misfortune by completely destroying his chain less than a minute into the ride. It was completely unrepairable and an 8pm start time meant that all nearby shops were long shut. We gave our commiserations and left Will with an unfortunate long walk/scoot to Liverpool Street station to get home.

A couple of thousand bikes all leaving London at the same time always has the same effect, queues of traffic and frustrated drivers. These first 20 miles or so were very fun on the tandem, needing to keep some space due to our limited braking power, we often forged our own path and discovered that on the flat and any small bumps we were quicker than almost everyone else without much effort. At this stage we were pulling over regularly to wait for Luke who was caught up behind others and not willing to match our 20mph quite so early into a long ride. We found that riding a tandem with bright green wheels lended itself to quite a bit of conversation from others who seemed impressed that we were young people on a tandem and that it was a singlespeed…it’s hard to imagine not having gears until you don’t!

About an hour in, just shy of the M25, we stopped at a petrol station and stocked up on potentially the last chance for refreshments for awhile. I tried to put a bottle of coke into our frame triangle bag, only to split the bag and make all the gels fall out. With no other place to put the gels as the pockets were already full a fix was fashioned using a footstrap and we were able to continue. I can’t remember the exact point, but it can’t have been too soon after we had our first visit from the rear wheel gremlin. Each time we put in a bit of extra effort, the back wheel came out of its fixing and jammed everything up. We had to keep stopping, turning the bike over, re-place the wheel and tighten everything back up. This kept happening and got worse and worse. We ended up making Luke wait at least 30 minutes at one of the villages with a pub still open because we were faffing so much with these issues.

The next stretch was where it all came to a head. 10-15 miles where it felt like the wheel came off every two minutes anddd a puncture thrown in for good measure. The puncture was especially bad because my pump chose that moment to break, so we resorted to hailing riders as they went past for someone with a pump until one eventually stopped. With the tyre pumped up and ready to go, we eventually stopped a few miles afterwards because the rear wheel had popped out for the thousandth time. The despair of stopping every 10 minutes without respite had finally got to us and we were ready to throw in the towel.

Attempts to get hold of Luke took awhile and when we finally spoke, it turned out he was already in Sudbury, a full 18 miles or so ahead (an hour with a working bike) and so we agreed to go our separate ways – him to home and bed and us to the lovely city of Colchester. Having consulted the map for options, it was decided this was our best option, the nearest station was 25 miles away but the first train wasn’t until 8am, Colchester was 30 miles away but there was a promised train just before 6am. We had around 4 hours to get there so the pressure was off provided we could coax the rear wheel to stay on. As it happens the last thing I did whilst we were stopped proved to be the life saver. I’d managed to find some modern style wheel bolts packed away that were probably worth a go and were attached by spanner within an inch of their lives. Closer inspection showed the vintage ones we had been using were worn smooth on the inside and just couldn’t grip any more. The rear wheel didn’t come out again after this.

Spirits renewed because we were on the way home and we were no longer fighting the bike, we had music playing to keep us going (and awake) and walking up the steep hills on the way to Colchester was no problem – turns out gears would have been useful for this bit. Breakfast was served at a garage a mile from the station and desperately needed. We spent around 40 minutes in Colchester station car park waiting for the rail replacement bus service, which had no problems putting a tandem in the back. The final drama was the bus driver forgetting to call at Stratford on the way to Liverpool Street and being about 2 minutes from the latter when deciding to turn around to go back to Stratford. Some of the passengers were vocal in expressing their displeasure at this decision as they pointed out they may as well get off now. The furore woke me up and knowing roughly where we were (Aldgate East as it happens) decided it made sense for us to get off too. Nudged George awake, took the bike out of the hold and cycled across to Euston to go home.