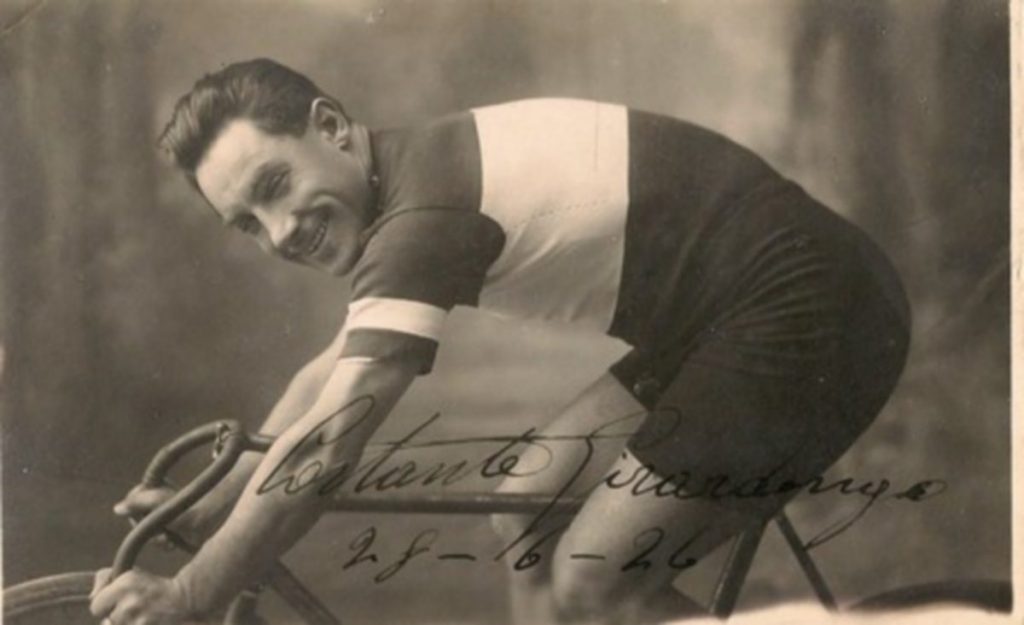 It’s quite hard to pick a rider type for someone that won Milan San Remo, the Giro d’Italia and Il Lombardia. Our modern rider types either don’t fit or don’t do justice. Girardengo found the early part of his career interrupted by World War I but he’d already won Giro stages and the National Championship by the time war took over.

Girardengo also won Milan San Remo in 1915 too but was disqualified for going off-course. He suffered from the Spanish flu post-war but made a remarkable recovery – winning his first San Remo in 1918.

Girardengo won 6 times at Milan San Remo all in all, setting a record that only Eddy Merckx has beaten. Added to his success in that race, he won the Giro in 1919 and 1923 – winning 15 stages over both of those races. Surprisingly for the times, Girardengo also made the trip to race Paris Roubaix on several occasions but never did well.

He was a runner-up in the first official World Championships. His last big win was the 1928 Milan San Remo but didn’t retire until 1936. He moved into coaching, helping Bartali win the 1938 Tour de France.

After crossing the line first but being disqualified in 1915 for taking the wrong course, Girardengo had something to prove in 1918. The first edition after the war hiatus saw Girardengo smash any opposition.

Only 100km into the race and with 180km still left to cover, Girardengo took off alone. He did this at Rivalta Scrivia in order to have the clean line through a series of holes in the ground. The obvious advantage being a reduction in the chances of a puncture, which could be race ending in the days before team support cars.

No-one was able to go with him. In 1918, many of the roads that were raced on in Milan San Remo were dirt rather than the tarmac we’re used to today. He reached San Remo a full 13 minutes ahead of second placed rider Tano Belloni. Lines of soldiers watched him finish, recently transferred from the ongoing war.

Incredibly, only Ugo Agostini in 3rd place finished within 1 hour of Girardengo in the 1918 race