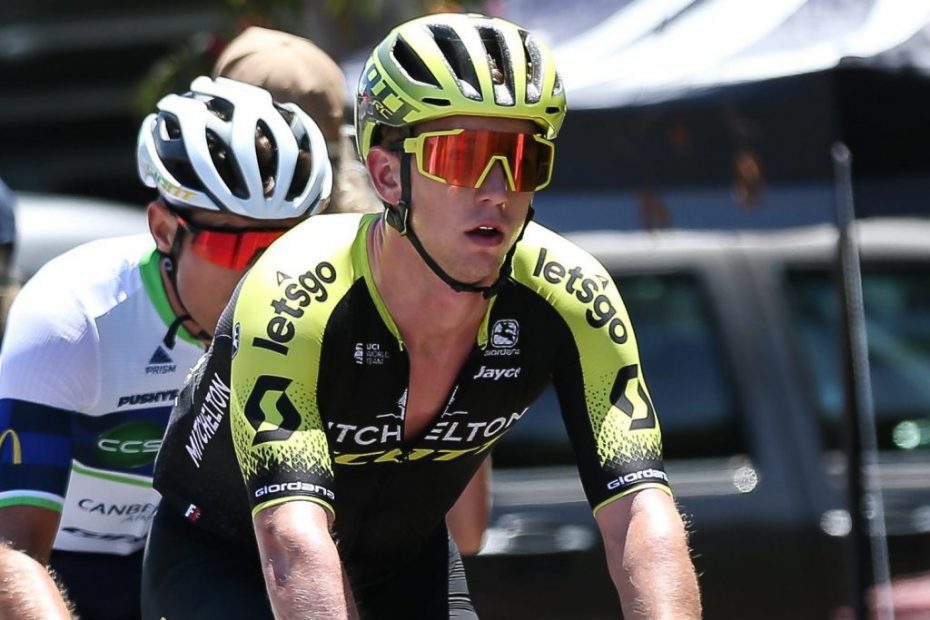 Mitchelton-SCOTT and Australian Luke Durbridge retained the race lead at the Czech Tour as stage two came down to a sprint finish in Uničov.

Under Control
It took a while for a breakaway to form, but eventually three riders were allowed to escape as the peloton eased up. Mitchelton-SCOTT then took up control of the bunch, putting Italian Edoardo Affini and Kiwi Jack Bauer on the front to keep the gap in check.

The trio of escapees were never allowed more than four minutes of an advantage, with the peloton keen not to give themselves too much work to do ahead of the predicted sprint finish.

Race leader Durbridge also contributed to the chase and the gap to the two remaining breakaway riders was down to just over one-minute as the bunch hit the finishing circuit. It was soon all back together as teams turned their attentions to the upcoming sprint finish.

Sprint Finale
A series of minor counter attacks followed but there was no chance of the sprint teams allowing anyone to get away, and they were all quickly shutdown. A crash in the closing kilometres caused a split in the bunch, but Mitchelton-SCOTT managed to avoid the melee as they drove the pace on the front.

With the focus on protecting the team’s general classification contenders, Groves was left to surf the wheels as the sprint approached, and it was a chaotic kick for the line, with the youngster having to settle for 10th.

Kaden Groves:
“The boys did a really good job riding on the front today, firstly to keep the jersey with Durbo. It was pretty hard for them out on the front all day, it was quite a warm day and we had no help from any other team.

“As for the sprint, we ran out of guys a bit too early to do a proper lead out. I just had to freelance and surf on the back of some trains, but there was no team really going to ride and it was pretty messy and dangerous.

“I’m not too stoked with 10th, because the guys did a better job than that. But I was simply tactically on the wrong side, made an error and got boxed in on the barrier once we came into the finish.

“I’m keen for tomorrow, I’m motivated to give it a second crack, and we’ll see how we go. I haven’t race in a while, but I’m pretty happy with the condition, I just need some things to go right in the finish and have a clean run.”

Dave McPartland (Sports Director):
“We were on the front all day keeping the team in position, we’re here for our GC candidates so we have to ride as close to the front as possible to keep out of trouble.

“The finishing circuit was quite dangerous, everyone was fresh after sitting in the bunch all day. It was a fast final lap, and then there was a big crash with three kilometres to go, we avoided because we were in front of it.

“In the end we had Kaden going for the sprint and we just came up a bit short with troops. He was by himself with a kilometre to go and had to fend for himself, he did the best he could, it just wasn’t to be today.”