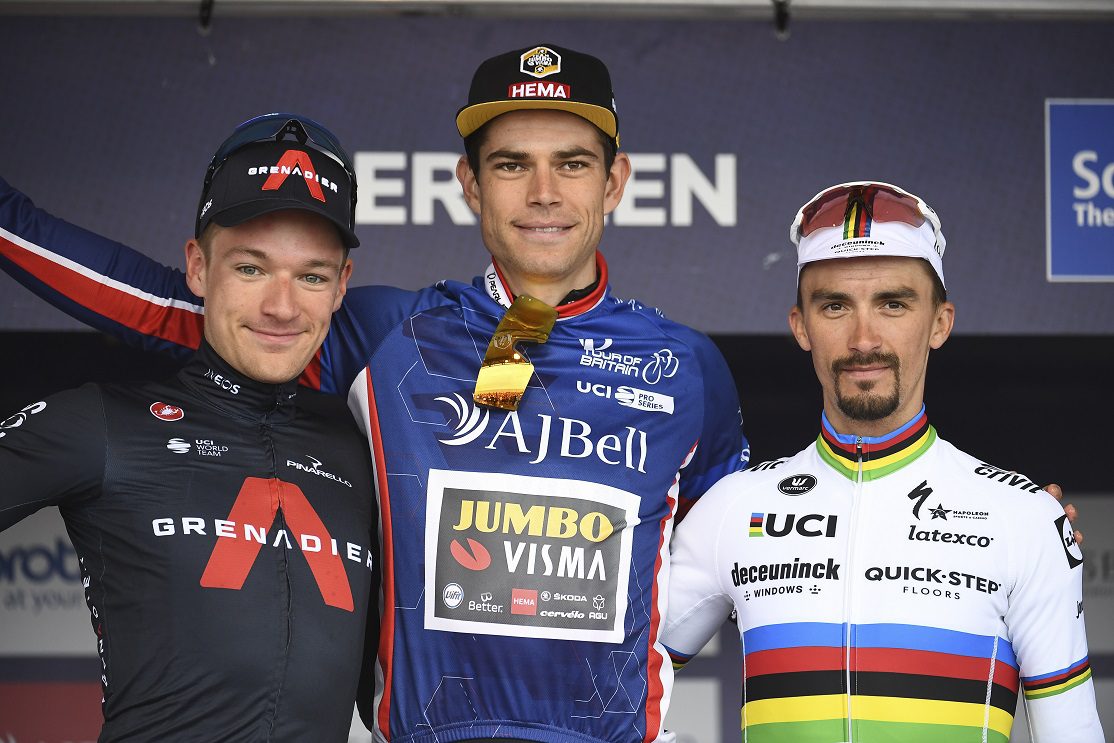 The race starts at its most northerly ever point – Aberdeen. On September 4th the Tour of Britain will begin at the point where it finished in 2021. The stage will take a different route to its last visit though, showing off more of Aberdeen and Aberdeenshire. The Scottish Criterium Champs will also be held alongside the race.

The second stage will also be in Scotland but further details are set to be announced. It forms part of the region’s commitment to cycling ahead of the 2023 UCI Cycling World Championships – the first mega world championships with multiple cycling disciplines. The race enters England for stage three with another visit to the North-East and Sunderland. The city also hosted a round of the Tour Series in 2021.

After the demise of the Tour de Yorkshire, fans have been repeatedly asked for the Tour of Britain to visit their region. Those calls have been answered in 2022 with a visit to Redcar and North Yorkshire. This will be the race’s first visit to Yorkshire since 2099 where York was the finishing point.

The Tour of Britain will continue its southerly path, heading into Nottinghamshire for Stage five. It’s a common hunting ground for the race with previous winners in the region including legend Tom Boonen (2004), Matteo Trenting (2015), Fernando Gaviria (2017) and Ian Stannard (2018). On a personal level, I can remember hanging around the team buses in Nottingham to get a glimpse of newly-crowned Tour de France winner Bradley Wiggins in 2012’s Tour of Britain.

A big jump further South will see stage six in Gloucestershire and South Gloucestershire. The race has visited the county before in 2016 and 2017, with Dylan Groenewegen winning into Cheltenham in the latter year. 2022 will see the first time an entire stage has been within the county. The following day, Dorset also gets its first-ever stage on the south coast.

The final day will be on the Isle of Wight, with the Tour of Britain’s visit being the island’s biggest-ever sporting event. The Isle of Wight stage was first announced in 2020 but the various covid restrictions have delayed the stage until 2022. Ryde will be the start town of the final stage.

“Announcing the locations of the Tour of Britain stages is always a day I look forward to greatly, as I know how much people want to watch the race from their own doorsteps! The 2022 race is shaping up to be another unforgettable edition of the race, particularly since we’re mixing familiar regions, with new areas, places we’ve never fully explored and those we’ve been unable to visit for many years. Hopefully, today’s announcement whets the appetite while we finalise the routes of the eight stages – rest assured we’ve got some more surprises to come!”

Live coverage of the Tour of Britain will be on ITV4 again, with start to finish live action. Eurosport and GCN will make the race available to international viewers. Last year’s race was won by Wout van Aert of Jumbo-Visma in a great battle with Julian Alaphilippe and Ethan Hayter. The sprint up to the summit of the Great Orme was particularly memorable.

A roadside crowd of over one million spectators resulted in the Tour of Britain generating £29.96m of net economic benefit for the UK economy, according to research by Frontline. The race is a finalist in the Sporting Event of the Year category at the Event Production Awards, which takes place in London next Thursday (17 February).

With the cycling industry enjoying a continued boom in the UK, there are hundreds of thousands of new and returning cyclists taking to two wheels with the Tour of Britain, the nation’s flagship race. A number of partnership opportunities remain available in 2022 including the coveted naming rights title sponsorship of the Tour of Britain, and prestigious jerseys and daily awards.