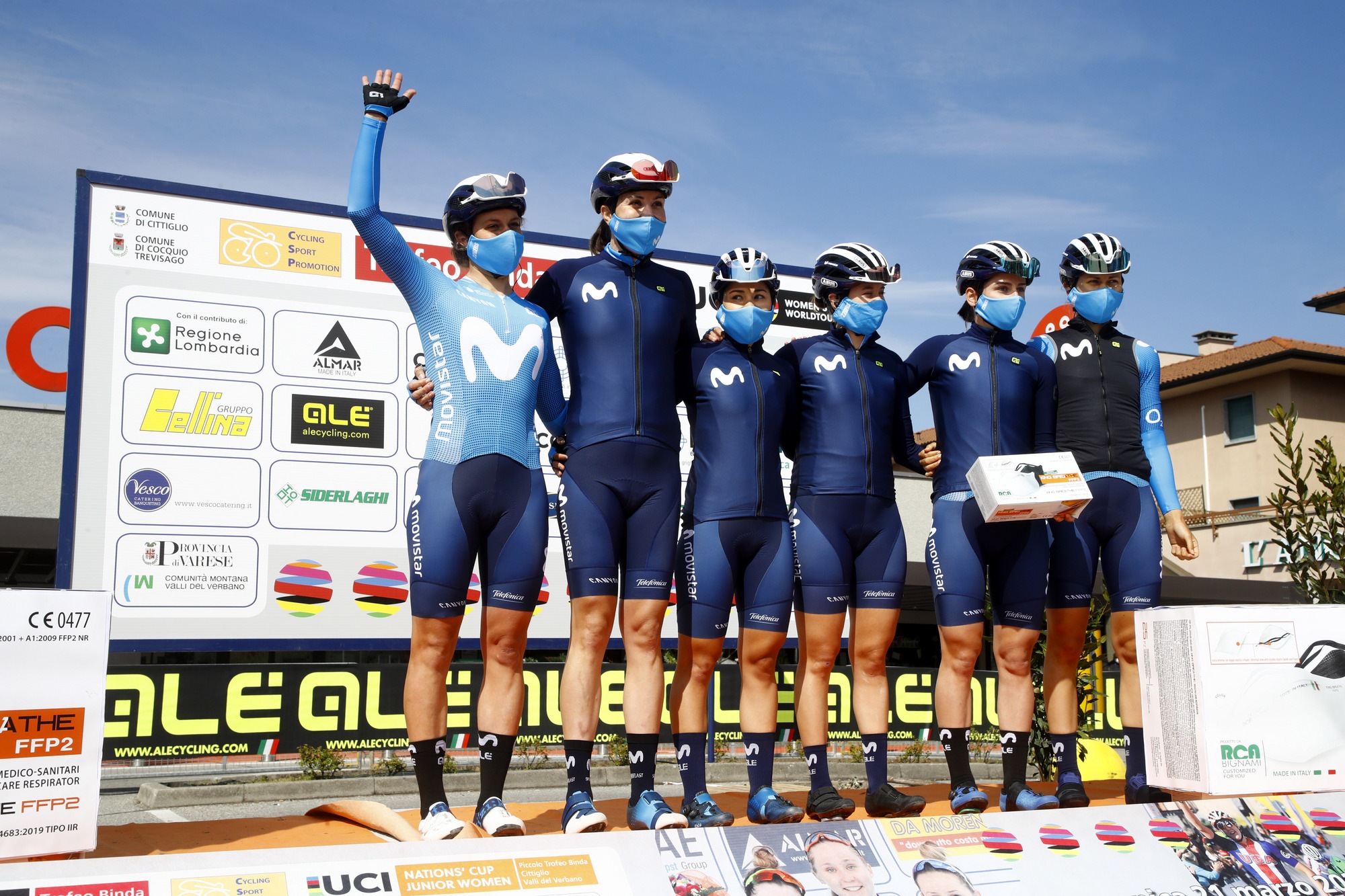 The Serbian from Movistar resists and sprints from the pursuing peloton, from which the winner Longo Borghini had jumped with 25km, using a powerful attack. Thomas (18th) and Aalerud, alos finished in the main group.

The streak of presences among the top ten of the women’s Movistar Team in this 2021 was narrowly broken. In the seventh race came the path of results of the telephone team, at the Binda Trophy (UCI Women’s WorldTour) in which Elisa Longo Borghini (TFS) won solo and Jelena Erić signed the best result of the blues with her 11th place.

The leading group in Varesinas included Aalerud or Patiño, in the numerous attacks of a circuit that only broke in the last two laps, with a powerful attack by Longo Borghini that left behind a chase of five riders, in the first instance, and a larger group later, in which Leah Thomas (18th) always figured in leading positions.

Without podium options, Erić did fight – fifth in the group – in a pursuing sprint that once again shows the consistency of the Serb – after being 8th in Oetingen last Sunday. She’s capable of performing on very different routes. Movistar Team is now focusing its sights on the Flanders classics on the way to ‘De Ronde’, starting next Thursday with Bruges – De Panne .