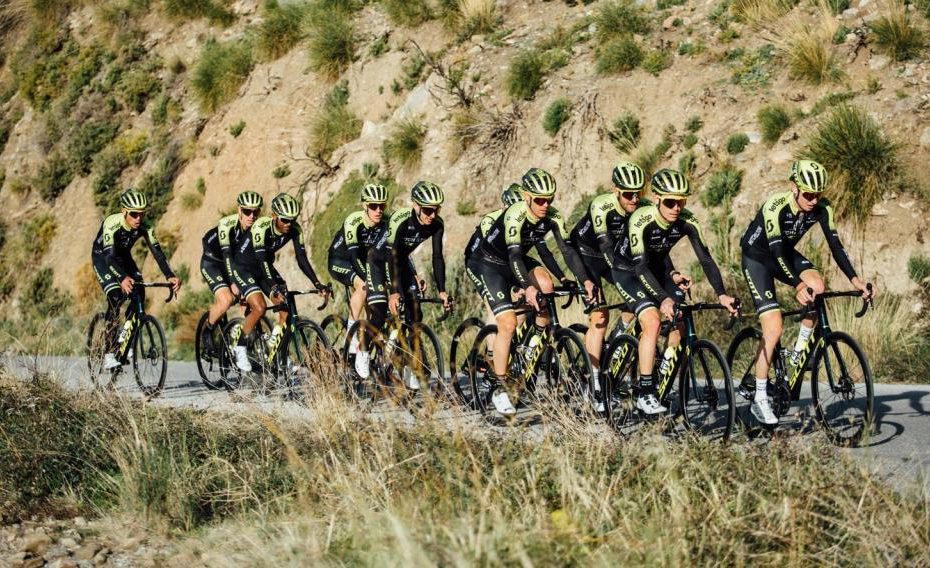 After much speculation, the official, revised UCI WorldTour calendar was released by the UCI yesterday revealing a heavy three-month racing period for the men’s peloton.

As per the women’s, the unknowns of the COVID-19 situation mean that nothing is guaranteed, but teams and riders will now work towards it’s possibility whilst keeping health and safety as their priority.

Reflecting on the news, we spoke to head sport director Matt White and Luke Durbridge about their thoughts on the newly proposed 2020 season.

A general overview:
The revised men’s calendar sees the bookends of WorldTour racing mirror that of their female counterparts – starting with Strade Bianche on August 1 and finishing with the final stage of the Vuelta a Espana on November 8.

The 121 race days are made up of 25 different events, including each of the three Grand Tours (slightly shortened Vuelta) and all five one-day monuments.

White:
“It’s something to plan for. It’s hope. We’re hoping to start in this period and although it’s almost three months away, it’s something to work towards to be ready to go come August 1.

“In a normal season there’s so many ups and downs, but now you’re probably going to see every guy trying to hit form at the same time.  You will be able to hold form, pretty much from when the season starts to when it ends.

“Guys who were focussing on the Olympics and Giro, that will likely shift. I can’t see teams ‘waiting’ for the Giro, I think that the Tour de France will be where every team puts their first focus and after that they will work around filling spots around it.”

Durbridge:
“It means a lot to have something in front of us. I think it’s great for our sport in terms of having something to look forward to. Everyone goes from race to race and needs goals and objectives. We’ve had so much indecision in this past period that everyone has been in limbo.

“I hope that the program they’ve release will go ahead, we don’t 100% know, but at this stage we can only go off the information we’ve got.

Preparations and Workloads:
The current calendar only represents the WorldTour level of racing with the remainder of racing still to be determined. Despite this, the density of race days is already high with several three-program periods.

Durbridge:
“When you haven’t had racing for such a long period of time, you can commit and be ready for whatever.

“Going between Grand Tours and one-day races with such a rapid turnaround will be interesting. Sport scientists and coaches are going to have a field day trying to work out how to gauge form.

White:
“In terms of numbers, riders won’t be a problem. It’s more of a staffing and logistical challenge with vehicles etc.

“In a normal season you don’t have access to every rider at the same time because there’s guys coming off a peak and in break periods, but because the season is so compact, everyone will be available for those three months.

“The preparation period for racing is quite light on. Even if there’s some smaller races in July, there’s no long stage races before the Tour de France.  It’ll be five months no racing and then you will be starting with 5-7days of competition before the Tour, it’s not much but it is what it is.”

White:
“It will definitely have an impact on the worlds.

“It’ll be a very individual thing. Some guys don’t react well the weekend after a Grand Tour so it will effect some of their preparation for the worlds and it doesn’t necessarily favour the guys who are trying to win the Tour. But some of the older guys, for example, that have a lot of Grand Tours in their legs , they can use that Grand Tour to keep building momentum whereas some guys struggle to bounce back so quickly after a Grand Tour.”

Durbridge:
“It could potentially work really well for some riders, but it depends on what you’re ambitions are for the world championships.

“The world championships is a flat time trial but a very hilly road race, so if you have an objective to go to the road race then the Tour de France works really well because there’s so many climbs.

“But in terms of the time trial specialists, I feel it could be a bit of a risk with how close it is and it will be difficult with no major time trials in the Tour de France so you wouldn’t have ridden your time trial bike in a month.”

October Classics:
The ‘Spring Classics’ will become the ‘Autumn Classics’ in 2020, with the Ardennes and Cobbled one-day races switching order and taking place largely in October.

La Fleche Wallonne will kick start this section of the campaign on September 30, followed by the Liege-Bastogne-Liege (2 Oct) and Amstel Gold Race (8 Oct), before the cobbled classics come to the fore and conclude with Tour of Flanders (16 Oct) and Paris-Roubaix (23rd Oct). Most will overlap with the Giro d’Italia.

Durbridge:
“I feel that maybe there will be a more universal build up for the Classics; everyone will have had exposure to sun, exposure to long distances, plenty of time to prepare.

“I expect fast, crazy racing because people are going to be motivated and strong and ready. It’s probably going to be one of more challenging Classics seasons you’ll see.”

White:
“Weather wise, you can get some beautiful weather at that time of year in Belgium, but you can also get average weather so it will be quite similar in that it could be anything.

“The biggest difference will be in the preparation. Normally it’s a real winter preparation, so the guys who are in Europe are training in bad conditions and are ready for the weather on race day. Whereas this year, guys will be coming off a summer preparation, so they will use the Tour de France to prepare and have as their foundation for the Classics.

“It probably suits guys like our guys from Australia. It’s a big benefit for Europeans to have trained in the cold conditions over the winter, whereas our guys are trying to adapt in February off the back of the Australian summer and they do suffer sometimes.