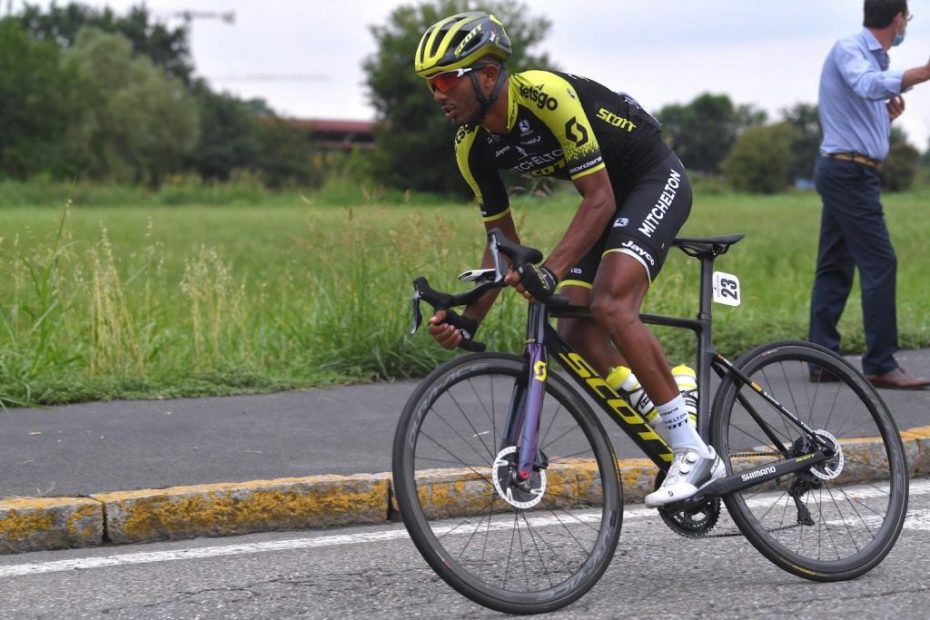 Mitchelton-SCOTT continue their Italian race program as they line-up for another one-day race at the hilly Gran Piemonte.

The core of the team from the recent stint of racing in Italy remains, with the addition of Australian Lucas Hamilton, who comes in fresh off the back of the Czech Tour. Ethiopian climber Tsgabu Grmay will also return to action alongside vertern Michael Albasini and Australian champion Cameron Meyer.

Kiwi Dion Smith will be buoyed by his strong sixth place at Milan-San Remo, while Callum Scotson will line-up for his first event since the resumption of racing.

The Course:
The 187kilometre course is a hilly affair, with the peloton either heading uphill or down for the majority of the day. The race concludes with two laps around Barolo, each featuring the Monforte d’alba climb and the shorter, steeper La Morra before a uphill kick to the finish line.

Tsgabu Grmay:
“Part two of the season is what everyone was looking forward to, I was missing racing and I’m so excited now to be back racing. I think everyone is excited to race whether it’s hot, cold or raining, no one is complaining because everyone just wants to race.

“Gran Piemonte is a really tough course, but it’s all about giving everything. I think every team wants to win after a long break. I’m ready to give everything and we have a good team to try something, every door is open for everybody, if there is any opportunity for each rider.

“But as a climber, I would say it’s a good race and I would like to show well. In my first race back at Milan-Torino I feel better, so I hope I can do something in this race and I’m ready to give everything again.

“Obviously Piemonte is seen as preparation for Lombardia, but after everyone has missed so many races I don’t think it will be seen as just a preparation race, if we can get something here it will be great.”

“I think given the heat that we’re going to see this week and the fact that there’s nearly 3000metres of altitude gain throughout the day, the race will be leaning more towards the pure climbers.

“We will go in with a more open plan, this is the kind of course that you need to have good legs and we need to be a bit flexible with who we support as the race goes on.

“I think it will be a great prelude to Saturday’s Lombardia, which is obviously another step in the climbing direction and I think this whole block has been a great series of one-day races in Italy and it allowed for a really good reintroduction to racing again after the large interruption we had.”