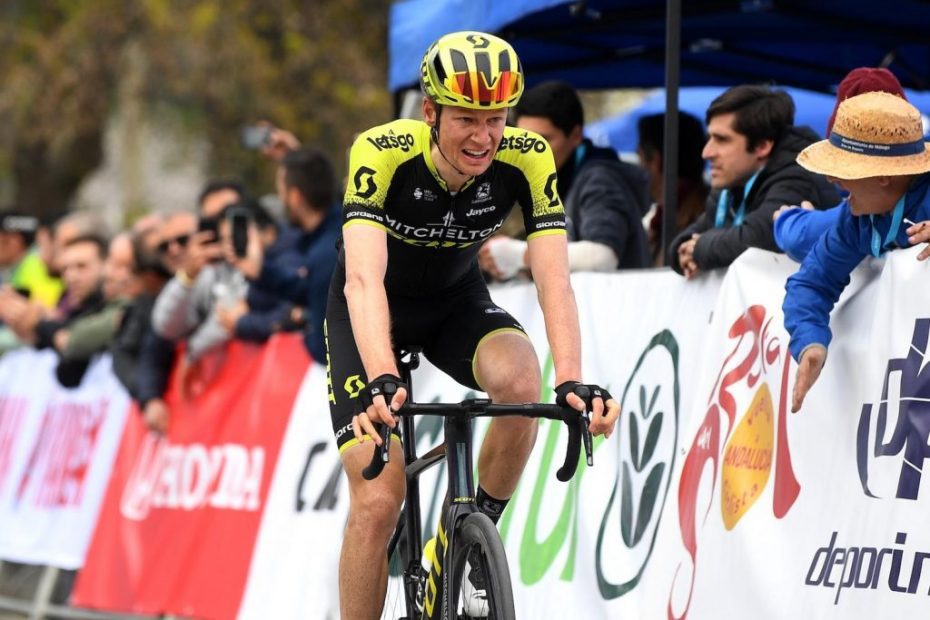 Mitchelton-SCOTT continue their Tour de France preparations with a solid squad of climbing talent and stage hunters at the Criterium du Dauphine.

UAE Tour winner Adam Yates will be back in action for the first time since his triumph in the Middle East back in February, alongside him will be Australian Damien Howson fresh of his overall win at the Czech Tour last weekend.

Ruta del Sol stage winner Jack Haig and South African Daryl Impey line-up after already completing a stage race each since the return to racing, as does Dane Chris Juul-Jensen. While veteran American Brent Bookwalter comes into the race with two one-day races in his legs.

The Course
The opening stage will see the peloton tackle seven categorised climbs with four category four climbs in quick succession in the last 50kilometres of the stage. Stage two hosts the first summit finish as the bunch climbs the hors categorie Col de Porte, but not before dealing with the category one Cote Maillet on the short 135km stage.

It’s a flat start to stage three until the peloton reach the hors categorie Col de la Madeleine. The riders will the race down the descent before arriving at the category one summit finish to Saint-Martin de-Belleville.  The peloton will be climbing from the gun on stage four as they race straight into three category one climbs inside the first 45kilometres. After a small break from climbing, the pack reach the hors categorie Montee de Bisanne followed by a category two summit finish.

Eight categorised climbs await the riders on the fifth and final stage with a tough middle section that takes in an hors categorie climb quickly followed by a category one peak. Four category two climbs are then left to deal with, including the climb to the finish in Megeve.

History
Luke Durbridge handed the team our first victory at the Dauphine in our debut year in 2012 when he won the prologue. It wasn’t until 2018 that the team tasted success in the race again with Daryl Impey victorious on stage two and Adam Yates claiming the final stage and second overall. Adam Yates also donned the yellow jersey in 2019 before being forced to abandon.

Jack Haig:
“I’ve no idea what to expect this week, just with everything that is going, I’m just going to try and take it one day at a time and see how it goes from there. I guess we’ll have a bit more a gauge after the first day of racing.”

“I’ve always enjoyed racing the Dauphine, it’s a hard race and it’s always a big test. There’s always people coming just to test their form before the Tour de France and I think this year it will be even more of a test because it could be one of the only races people do before the Tour.”

“So, I think it will be a really competitive race this year and one that probably has one of the best fields we’ll ever see.”

“It terms of the course, it’s obviously been a bit modified and we’re missing some of the flatter stages that we would have had, and also the time trial, so it looks like it will basically be mountain top finishes for five days. So it will be a little bit harder for us as riders, but I think it will be good TV viewing and a good test of form.”

Mat Hayman (Sports Director):
“We’re looking forward to attacking this race and looking for a stage win during the week, it’s a very hard race. Obviously, it’s seen as a title fight between Jumbo-Visma and Team INEOS with their Tour de France teams being there.

“We’ve got some guys preparing for the Tour and some guys looking for opportunities who have already shown great form this year, I’m thinking the likes of Jack Haig and Damien Howson. So, we’ll be out there hunting for stages.

“We’re also looking forward to seeing Adam Yates race again since coming off his win at the UAE Tour, which was many, many months ago now. So, it will be good to see him back in the peloton.”