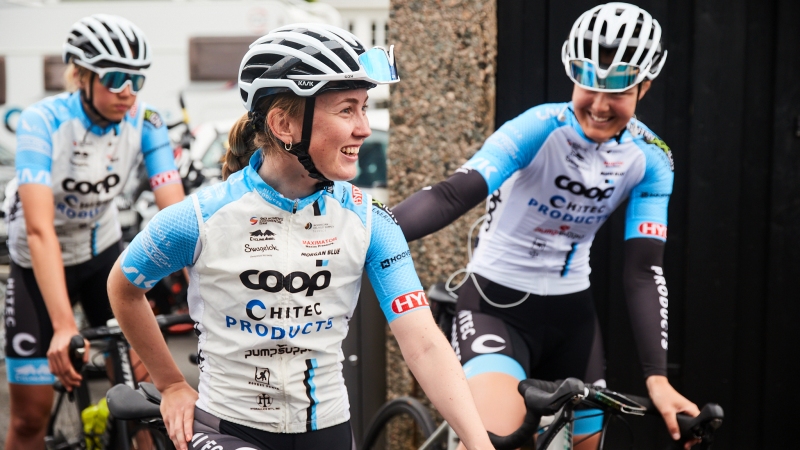 Team Coop – Hitec Products have renewed the contract with three of their Norwegian riders. Ingvild Gaskjenn, Mari Hole Mohr and Nora Tveit will also race for the Norwegian based UCI-team in 2022. For Gaskjenn it will be the sixth year on the team, while Hole Mohr and Tveit both joined the team this season. Team Coop – Hitec Products expects to announce more contract renewals and new riders in the upcoming period.

Even though she only turned 23 earlier this month, Gaskjenn is already experienced in the team. She showed good form recently in races like the Lotto Thüringen Ladies Tour and Tour de Feminin. At the Norwegian championships she got the bronze medal in the road race. The team expects her to progress further, to take a leading role in the 2022 team.

Hole Mohr (20) joined Team Coop – Hitec Products from the start of the season, while Tveit (18) came in mid-season. Both have already shown good progress, where Hole Mohr is very all-round, while Tveit proved herself to be a good sprinter. The Norwegian talents hope to develop themselves further in the upcoming years and the team is ready to support them in that.