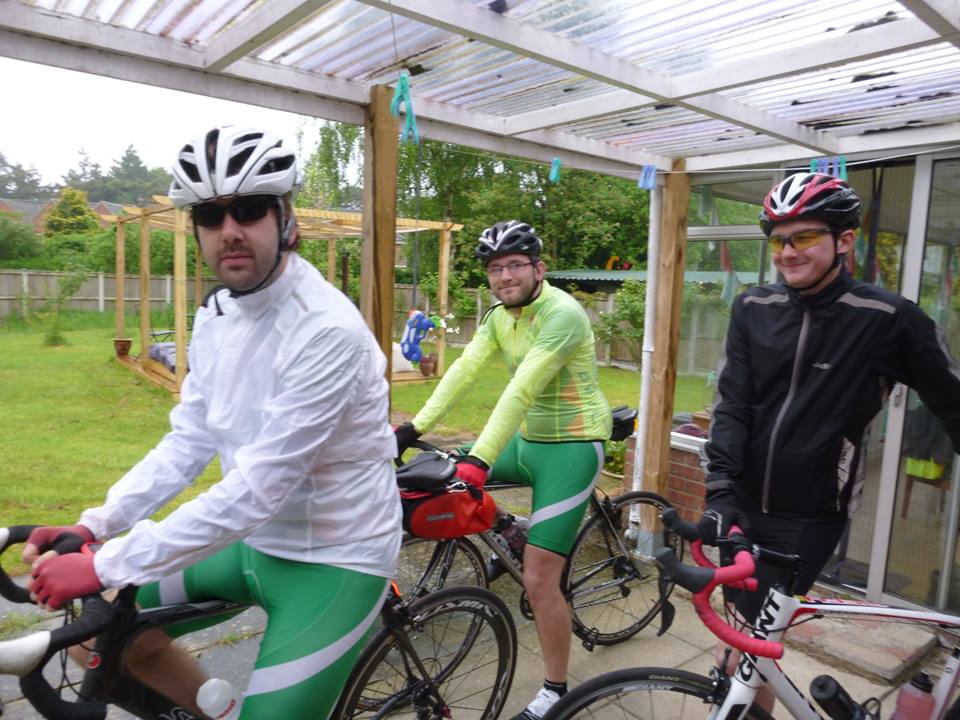 Well, this was an interesting one.

The day started with driving rain, the sort where you look out of the window and wish you didn’t have to get up and go out into it. Some smiles early on hid the despair at undertaking 100 miles in such conditions. Lining up in team uniform, the rain put pay to the majestic jerseys by the enforced wearing of jackets. We were down to 3 riders again this year, Luke re-joined us with his mended elbow but Laura had managed to pick up an unfortunate bout of pregnancy in the meantime.

The ride into Norwich for the start was particularly wet, with water sloshing in the shoes and the spray going everywhere. The same chirpy startline man as last year was in attendance with his usual dad-jokes and a after a quick mayoral speech, we were off. Immediately we had the shrill, shriek of poorly maintained brakes as someone took the corner very slowly in the rain, a annoying sound that followed us for the first couple of miles until I’d managed to get us far away from it.

We took things easy up the Reepham Road, I didn’t ride away from the guys like the previous year and was quite restrained. We overtook many riders and chose not to stop at the very early feed stop in Reepham and ploughed on. After around 25 miles, Luke threw in the towel, a non-existant training regime rearing its head and grinding him down.

Adam and I ploughed on, finding ourselves in different groups and maintaining a solid average speed of just under 17mph. The inexperience of some riders’ showed in some of their group skills, hearing a shout of ‘car up’ (meaning a car was behind the group), I shouted it forwards for the riders in front to tuck in and let it pass. It took a few attempts, firstly repeated louder, then slower and then very loud before anything happened – conversations with Adam on this theme came to the conclusion that a lack of awareness of others was the key difference. We began to notice the huge amount of people at the side of the road fixing punctures. There must have been 50 at the very least and very noticeable seemingly every half a mile or so. 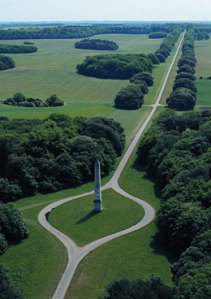 We reached Holkham Hall with its long straight drive up to the obelisk and a next rest stop. This has always been a part where I attempt to go as fast as I can on a brief one mile time trial. I was happy to note after the ride that this year had been the quickest.

A brief stop and we were onto the grind of the coastal road. Unrelenting rolling roads with hardly any flat begin to take their toll and we eased off some more. The puncture fairy visited Adam and made us stop as we became another casualty of whatever was on the roads. A quick change and an appreciative lend of the mini track pump meant 110psi was achieved in a couple of minutes, as good as new!

We ended up following an old guy for most of the way into Sheringham, everytime the gradient kicked up to 7-8% we’d lose him but then he’d always find his way to being in front of us again somehow. We reached the school for the next feed stop and I stocked up with a cheese sandwich, mars bar and a coke to see me through for the last third of the ride.

Cromer is where everything went wrong. I coasted down the hill, and went through the right-angled right hand turn at the bottom absolutely fine. Went through the town and because of the closely packed cars waited at the other side for Adam to catch up…only he didn’t turn up. 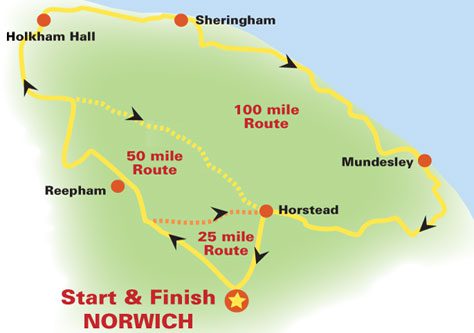 A random spotted me waiting, saw my jersey and informed me that my friend had come off. Heading back through the town, I spotted Adam on the right hand bend on the side of the road. It turned out his back wheel had just slipped out and away and made him slide down the road. Somehow he had managed to not get any cuts but his bike had taken the brunt. The rear derailleur was very badly bent and the hanger also had been bent. A quick check showed he had 4 useable gears left, far from ideal, so the decision was made to call it a day and head the 3-4 miles back to Sheringham to catch a train back to Norwich.

All in all, a failed attempt for different reasons, but also very memorable.