Olivia Ray’s dream season continues as the New Zealand criterium champ stormed to victory at the Grant Park Criterium in Atlanta. The women’s race was the main event of the evening with the riders vying for a massive $20,000 prize list.

The purse is the biggest in the country and offered the women four times as much as the men. Ray has been the queen of crits this year with Grant Park being her fourth win of the summer after the Tour of Lake Ellyn and her hat trick at Intelligentsia Cup.

“We’re very happy with this! Holly, Emma and Madeline, Jo our director, and myself are beyond stoked! It made the hurt worth it,” she said afterward.

Ray had two tough races in the USA Crits Speedweek going into Grant Park. Having finished fourth in Spartanburg and fifth in Athens, the kiwi sprinter found the power and the position for the final bunch kick of the weekend.

“We tried so hard at Spartanburg and Athens, but it just didn’t work out. We never stopped fighting. It felt pretty special to get a win after working so well together and made the weekend a success.”

With the lucrative prize pot and a significant media presence, the racing was bound to be intense.

“That amount of money created a fast and aggressive race which the crowd always loves. It also added an element of stress, but our team handled it well.” 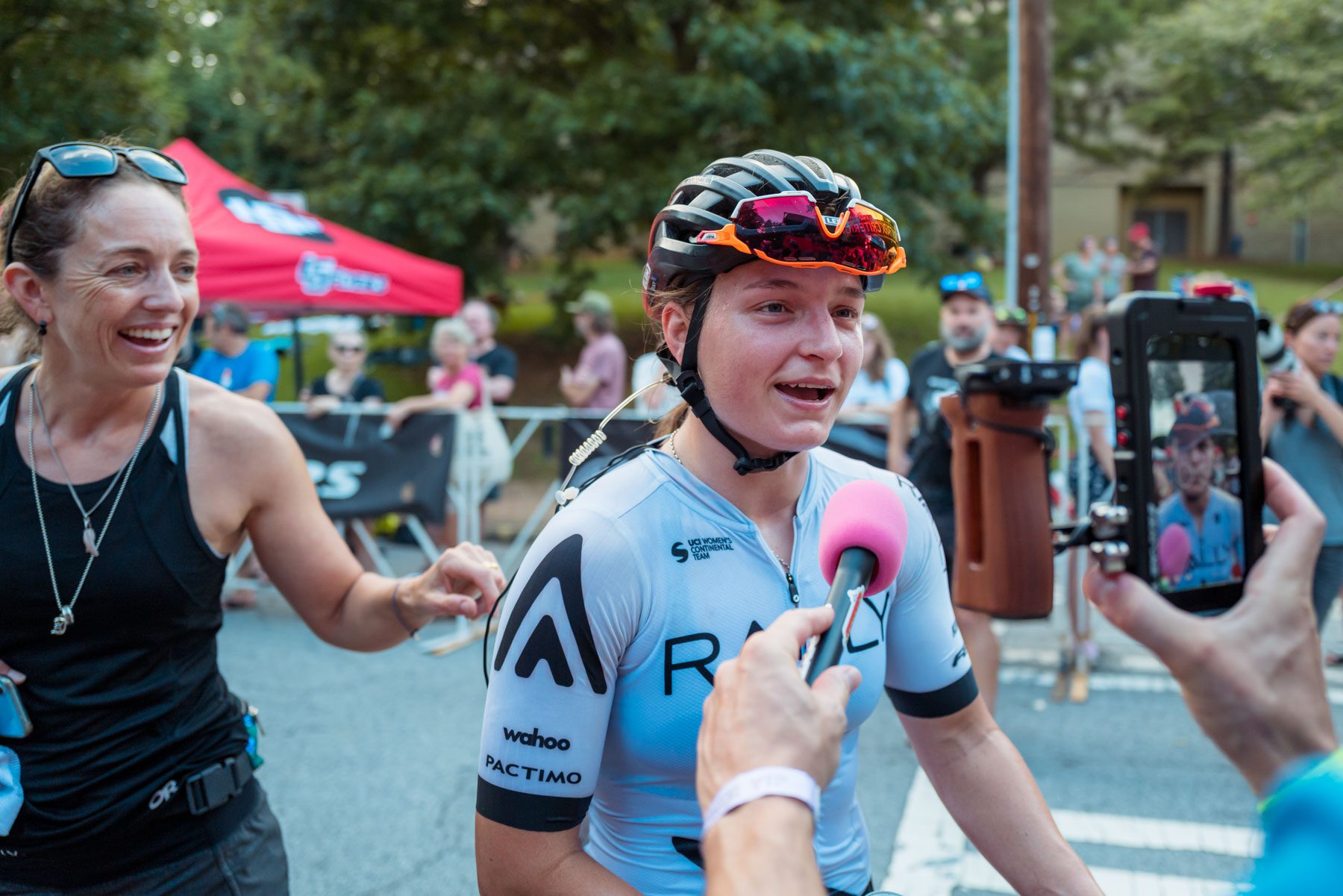 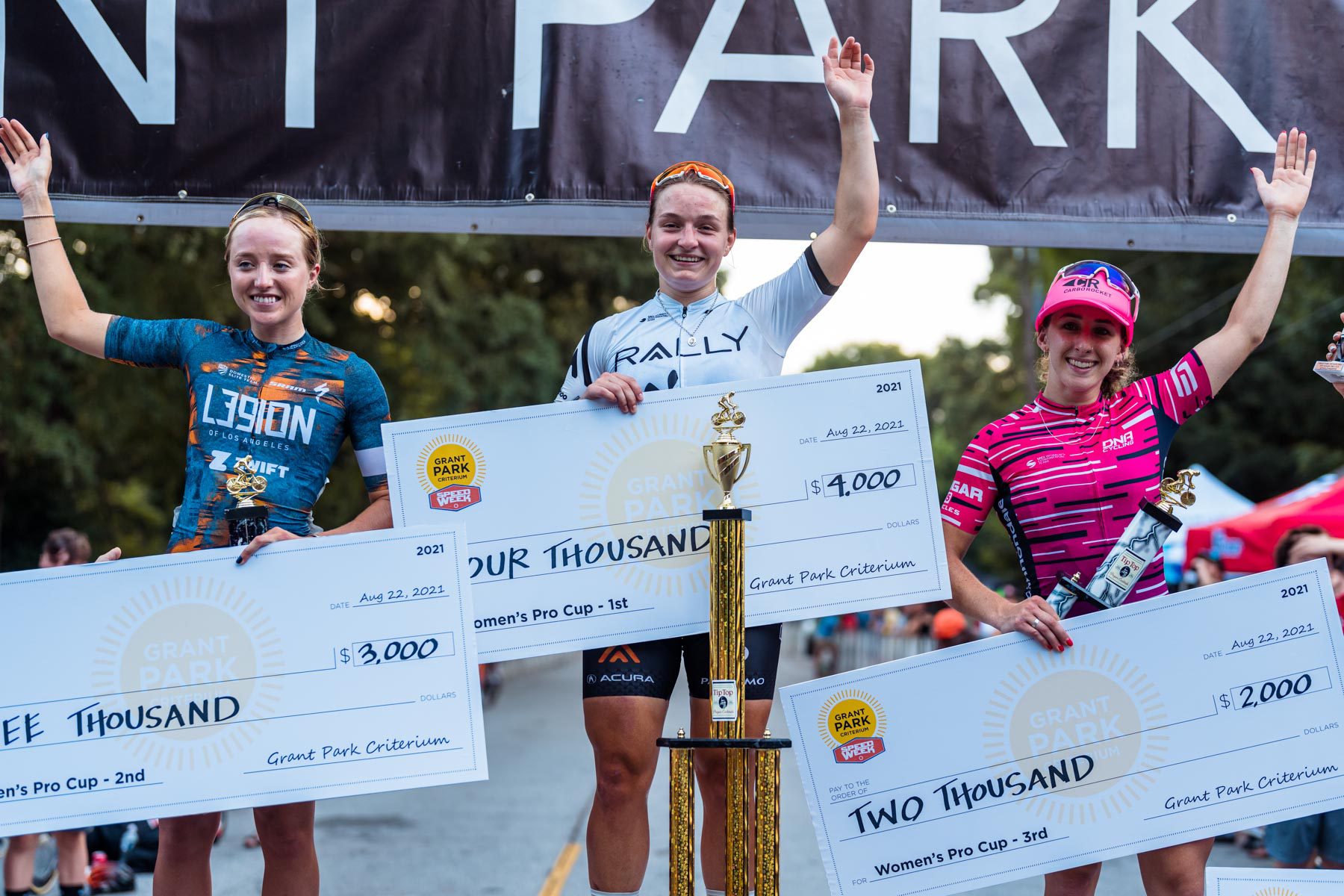 Grant Park organizers, the L5 Flyers, hoped to initiate a new tradition in the sport by making the women’s race the marquee event of the evening.

“We want more ladies putting a foot down at the starting line, so we want to increase the visibility of the events,” they said prior to the racing.

“I’ve never had a full squad to work with in a crit so it felt great. Having them there made a big difference.” 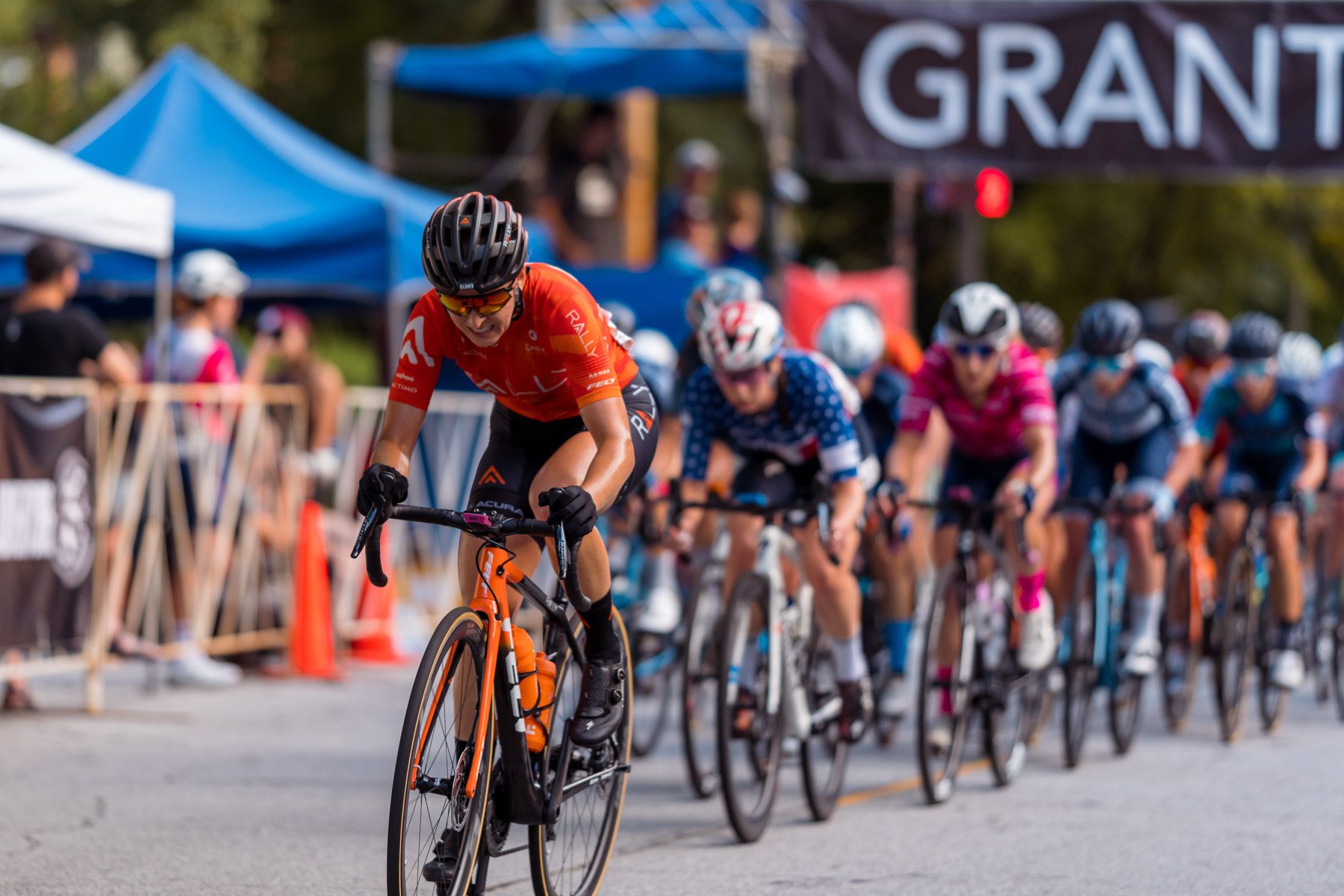 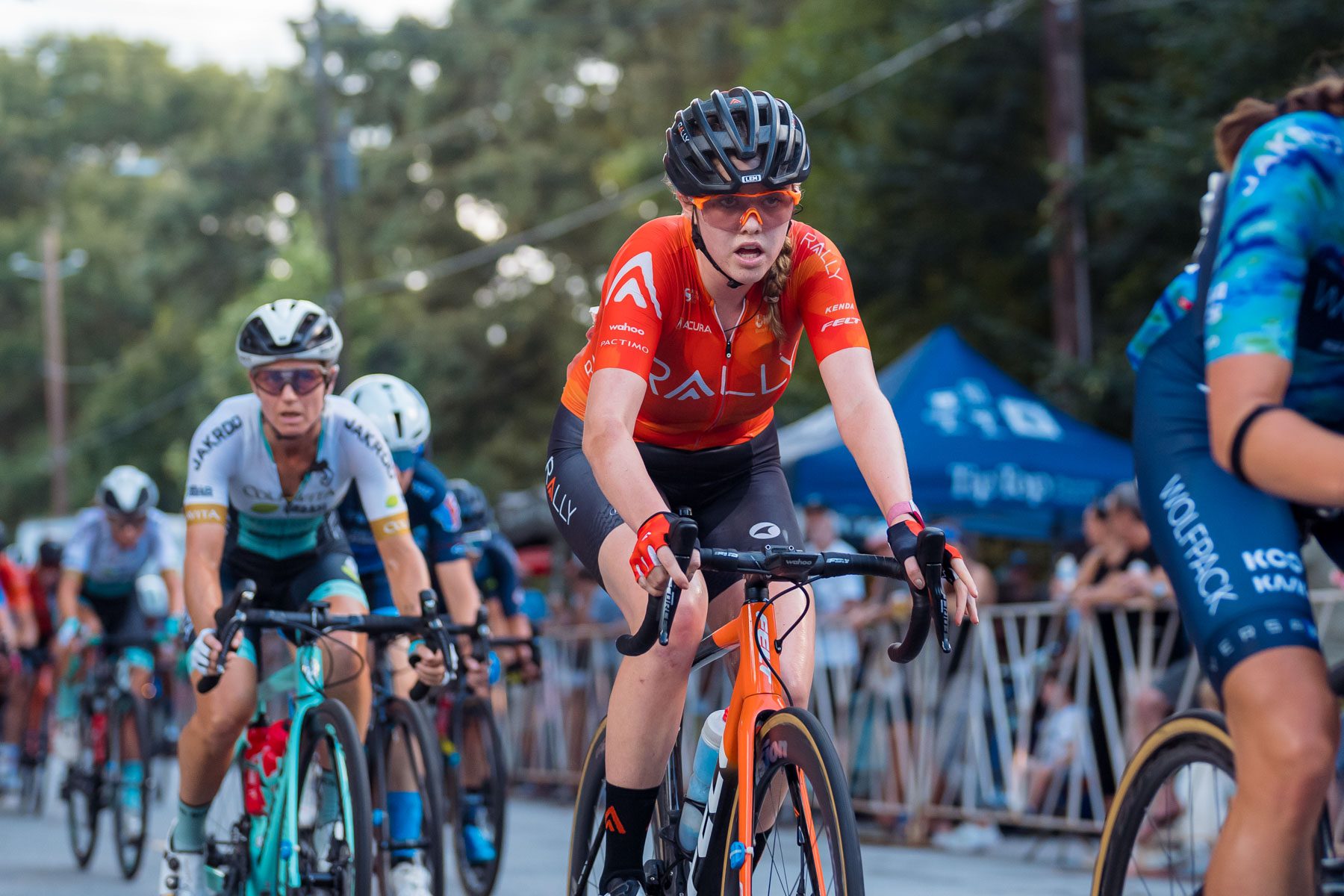 Bemis made sure it all stayed together. 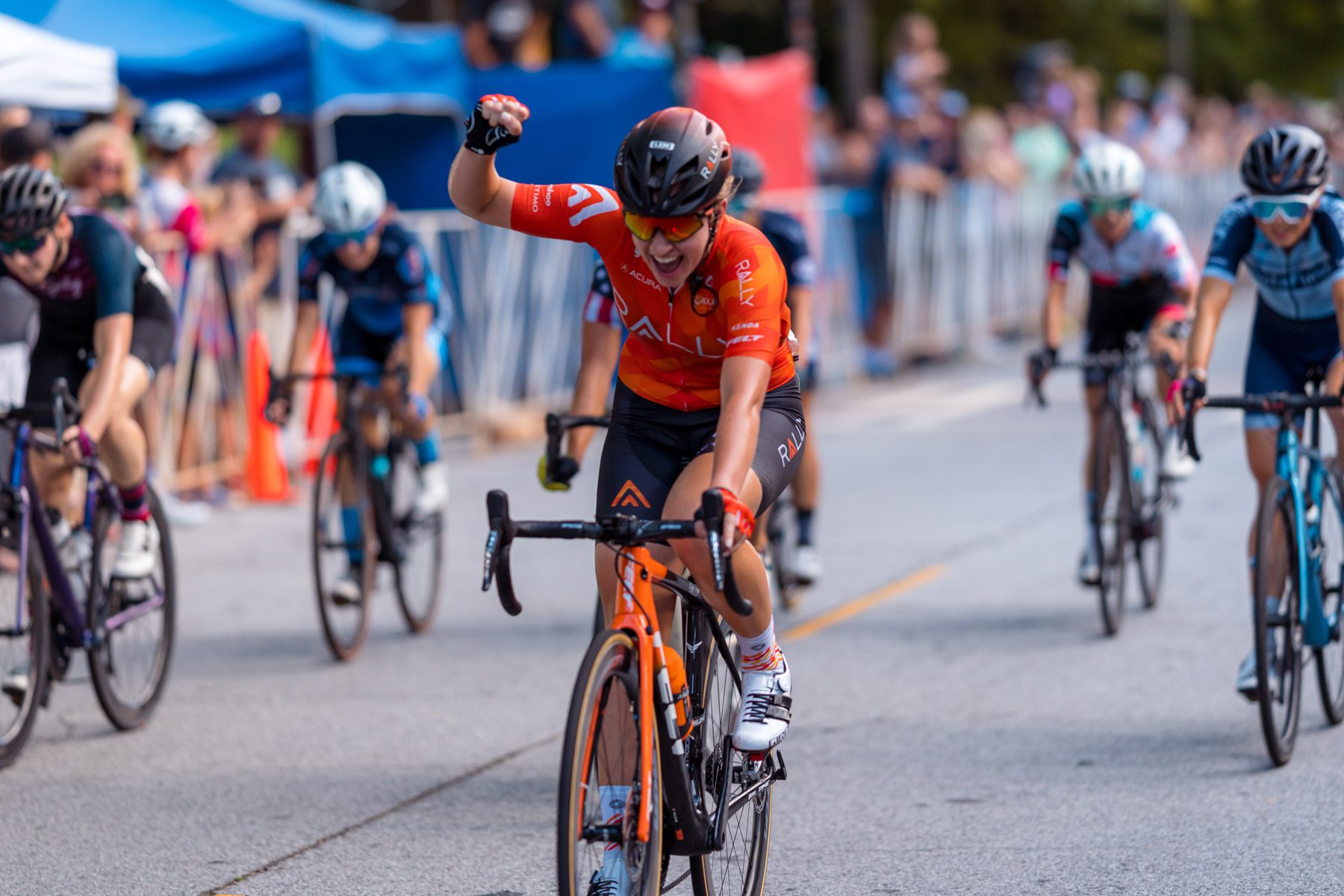 The experience and talent of the team were invaluable to Ray in the closing stages of the race with the riders combining to provide Ray with a winning lead-out.

“Holly did a huge two-lap pull to set us up which put me and Emma third and fourth wheel coming out of corner four. It was perfect.”

Ray will link back up with her teammates at the Joe Martin Stage Race. The UCI 2.2 event is “a big deal” for the team who hope to mix it up with some of the country’s fastest riders.