In his words, Giulio Ciccone recalls his emotional win on May 28th, 2019.

Giulio Ciccone’s stage win at the Giro d’Italia was one of the season’s highlights, not only for Trek-Segafredo but also for cycling fans worldwide who witnessed the remarkable victory. After countless rolls of the dice, the Abruzzese finally seized his chance for success on arrival in Ponte di Legno. The dramatic race saw Ciccone, resplendent in the Maglia Azzurra, try his luck in the breakaway once again. His group had whittled down over the rain-soaked climb and descent of the Mortirolo before Giulio took the spoils in a two-up sprint, much to the delight of the awaiting tifosi.

In this story, Giulio retells the emotion of that special day in his own words. 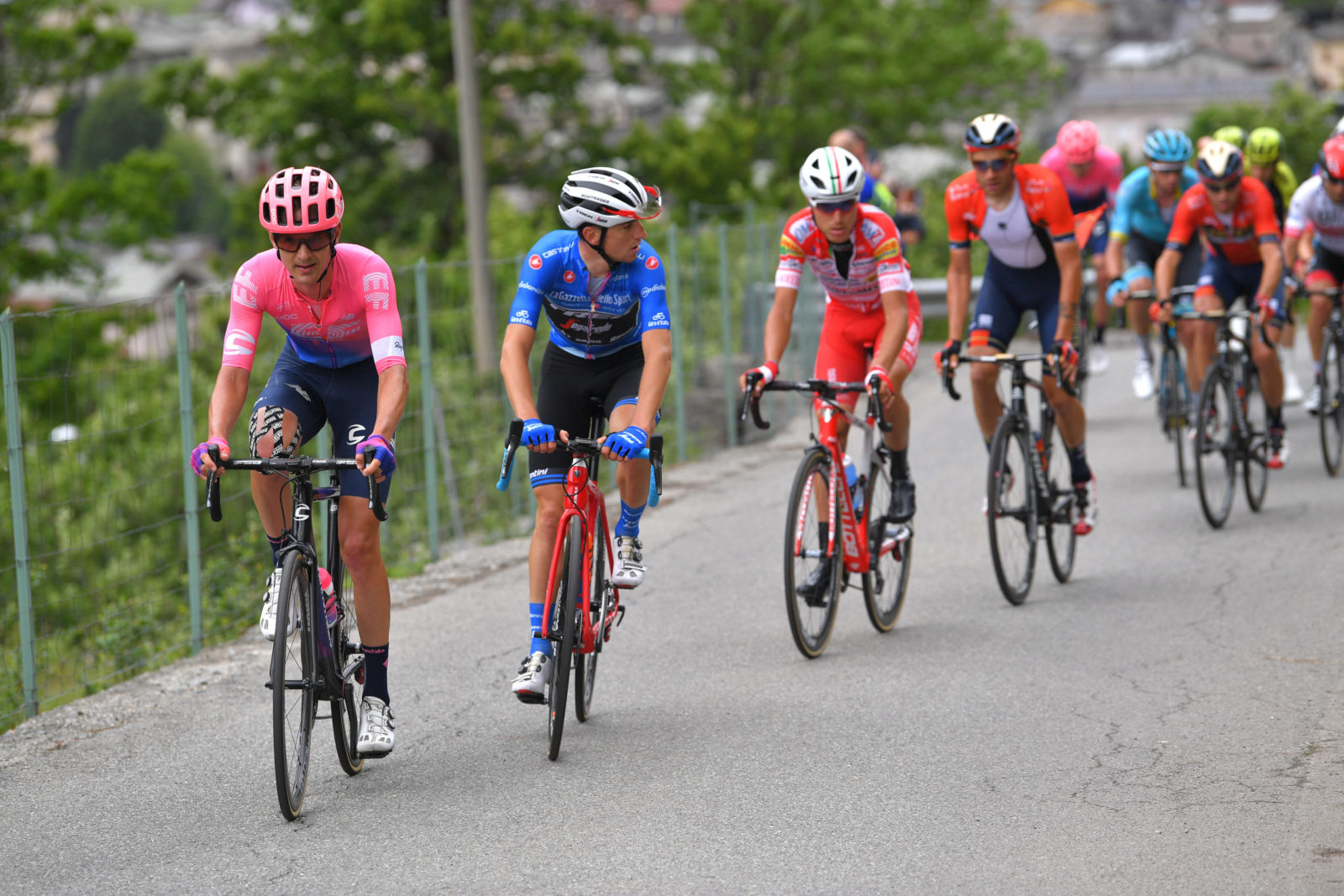 In His Words – By Giulio Ciccone

One year later, the best memory I have from that day is of the people’s affection. More than anything else, it made me realize the importance of that victory. I remember that, in the immediate aftermath, in the whirlwind of the award ceremony, conference, and the travel back to the hotel, I almost didn’t realize what I had done.

It was the welcome of the staff and teammates and the many messages I received that allowed me to appreciate the whole thing. From then on, in every stage, from start to finish, there was a crescendo of people that encouraged me, cheered me on, and wanted to greet me. I understood that my victory got them excited. This is the most beautiful memory I carry with me.

At the beginning of the Giro, chatting with Adriano [Baffi, Sport Director] and Luca [Guercilena, General Manager], we had selected some stages that could be suitable for me. The 16th stage was one of those. I also remember that several times during the year, chatting with friends and people on the Giro, many of them said, ‘it’s the right stage for you.’ 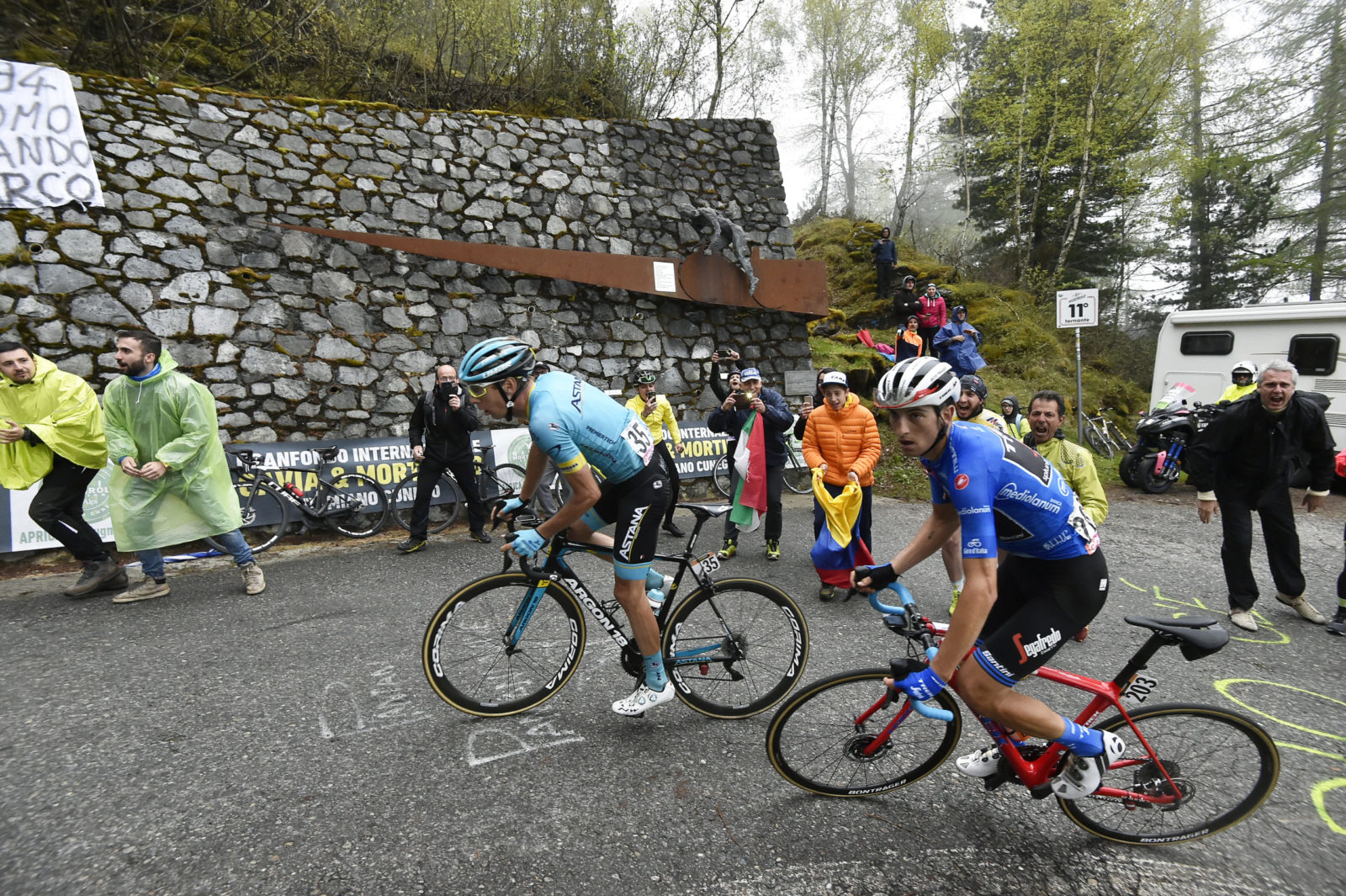 I had studied it, I was prepared, but that May 28th, in the morning, I was still nervous. My teammates also noticed because up to that moment, I was always laughing and joking at the sign-in, but not that day. I was feeling the race; I knew it could be an important day. From kilometer zero, the road went up, and for sure many riders would try to attack. No matter – I had to be there.

Every kilometer of the stage was tense, but the final kilometers were the climax. Let’s put all the elements together: an important stage, the fatigue, rain and cold, and a victory within reach. Everything had gone well, apart from the problem with the rain jacket*, and I didn’t want it to be wasted.

*At the top of the Mortirolo, Giulio took a jacket from Trek-Segafredo’s Performance Manager Josu Larrazabal but was so wet and cold he couldn’t get it on properly, so threw it away. And shivered his way to the finish. 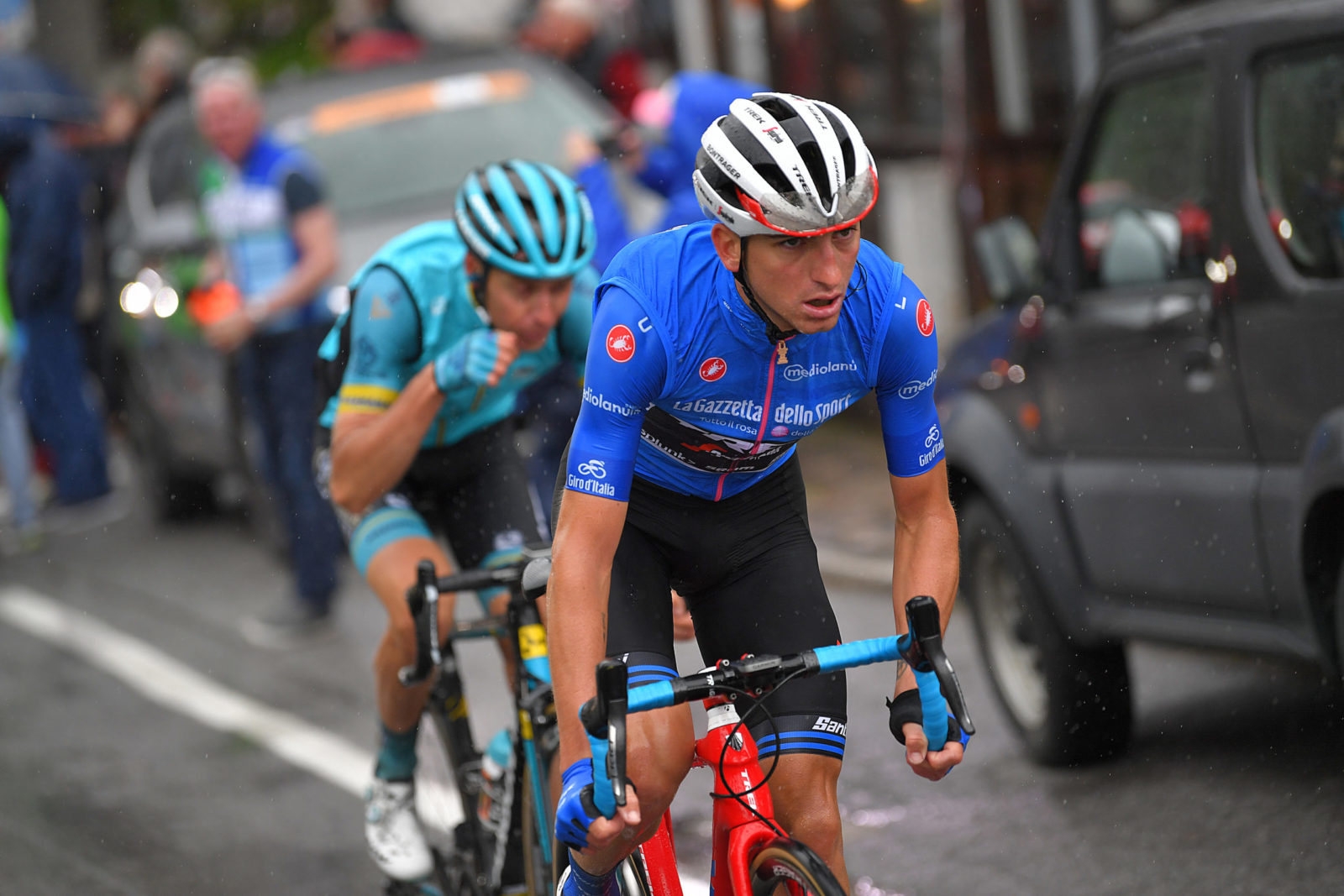 The throw of the KOO glasses was born like this – an instinctive gesture, a liberation.

The group of the GC leaders behind, however, was not so far away and was increasing the pace. I had (Jan) Hirt with me, who wasn’t cooperating. I mean, put yourself in my shoes… getting angry was the least I could do!  I was pissed. When I saw the finish line, I let all my anger out. The throw of the KOO glasses was born like this – an instinctive gesture, a liberation. 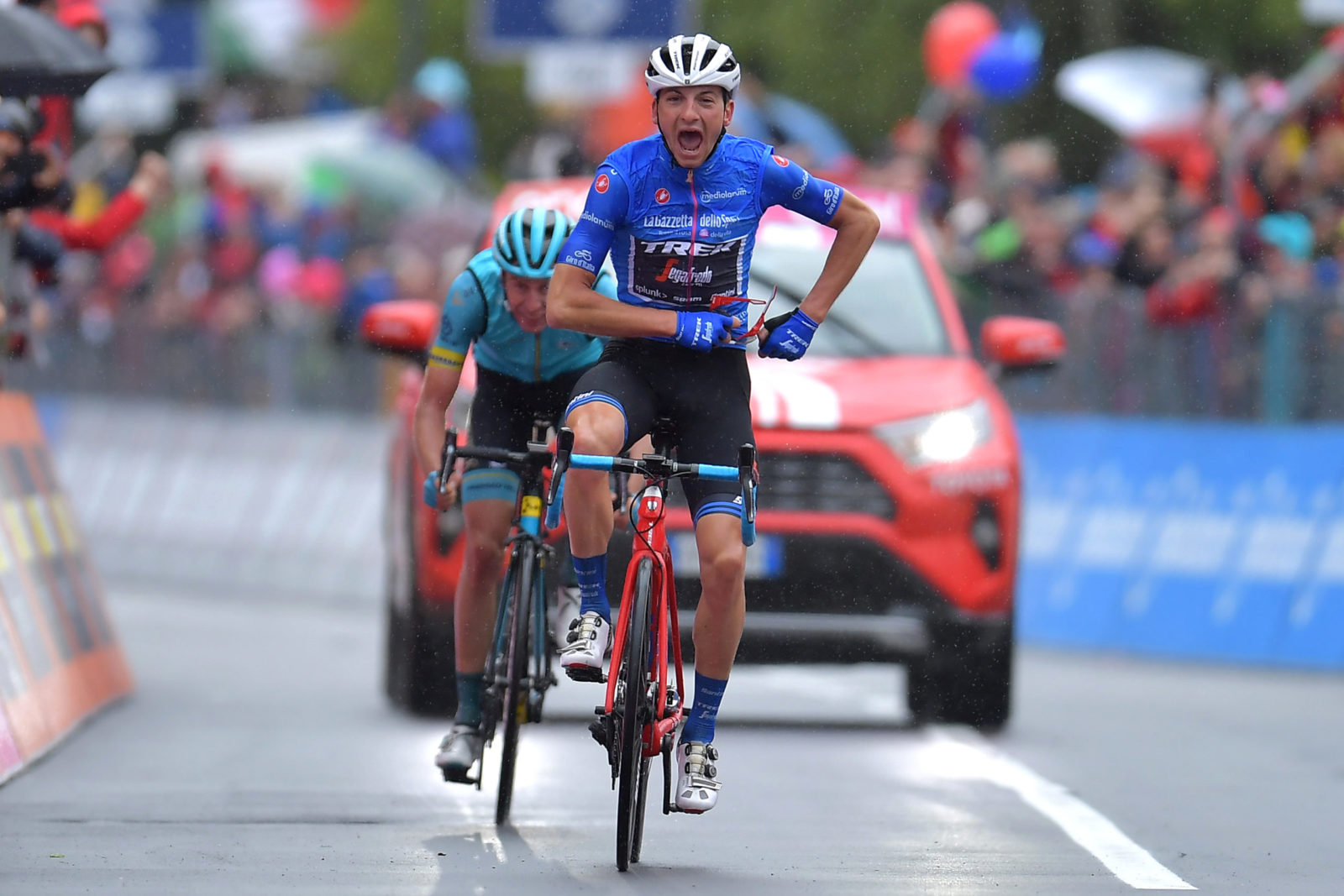 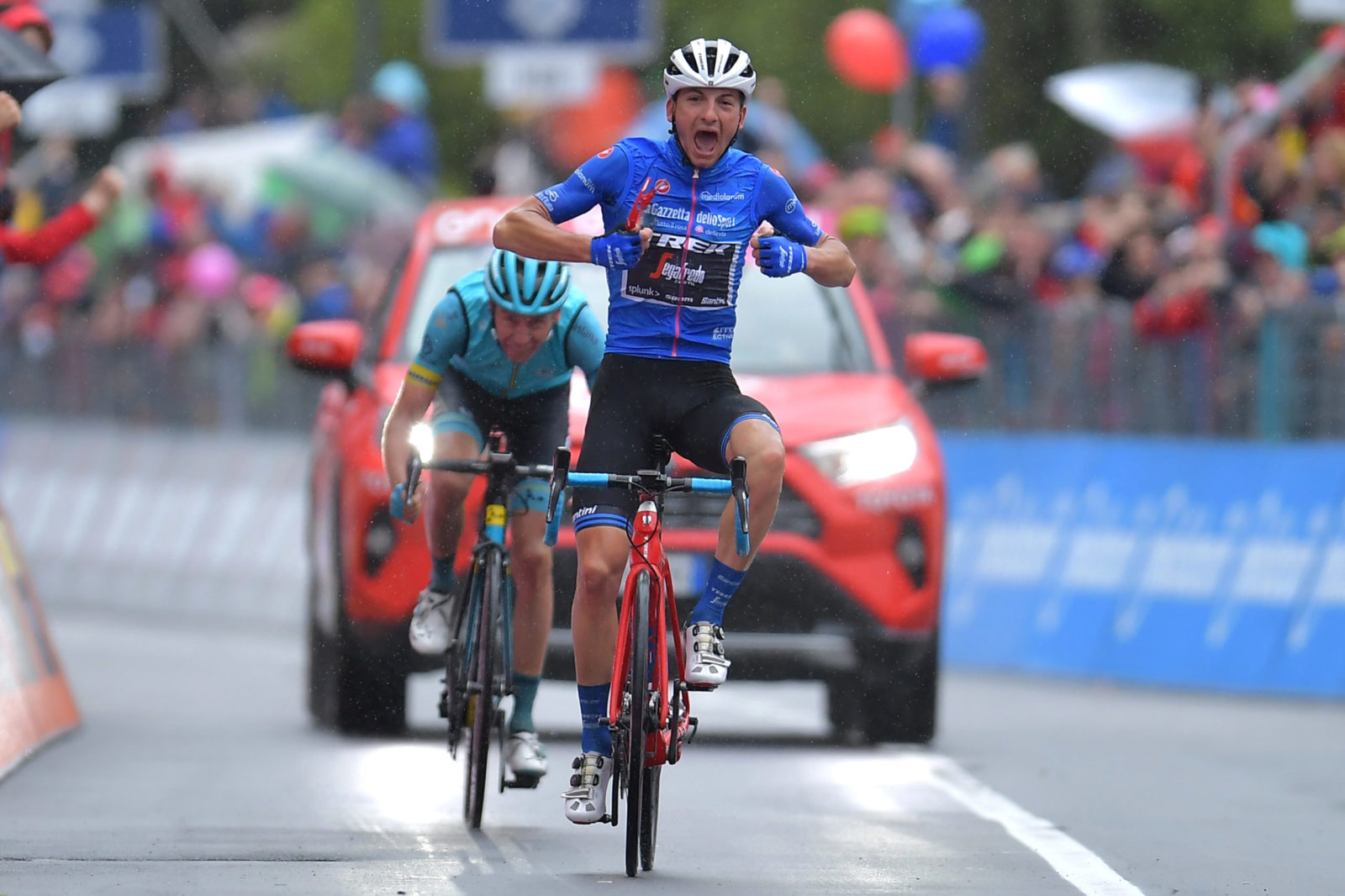 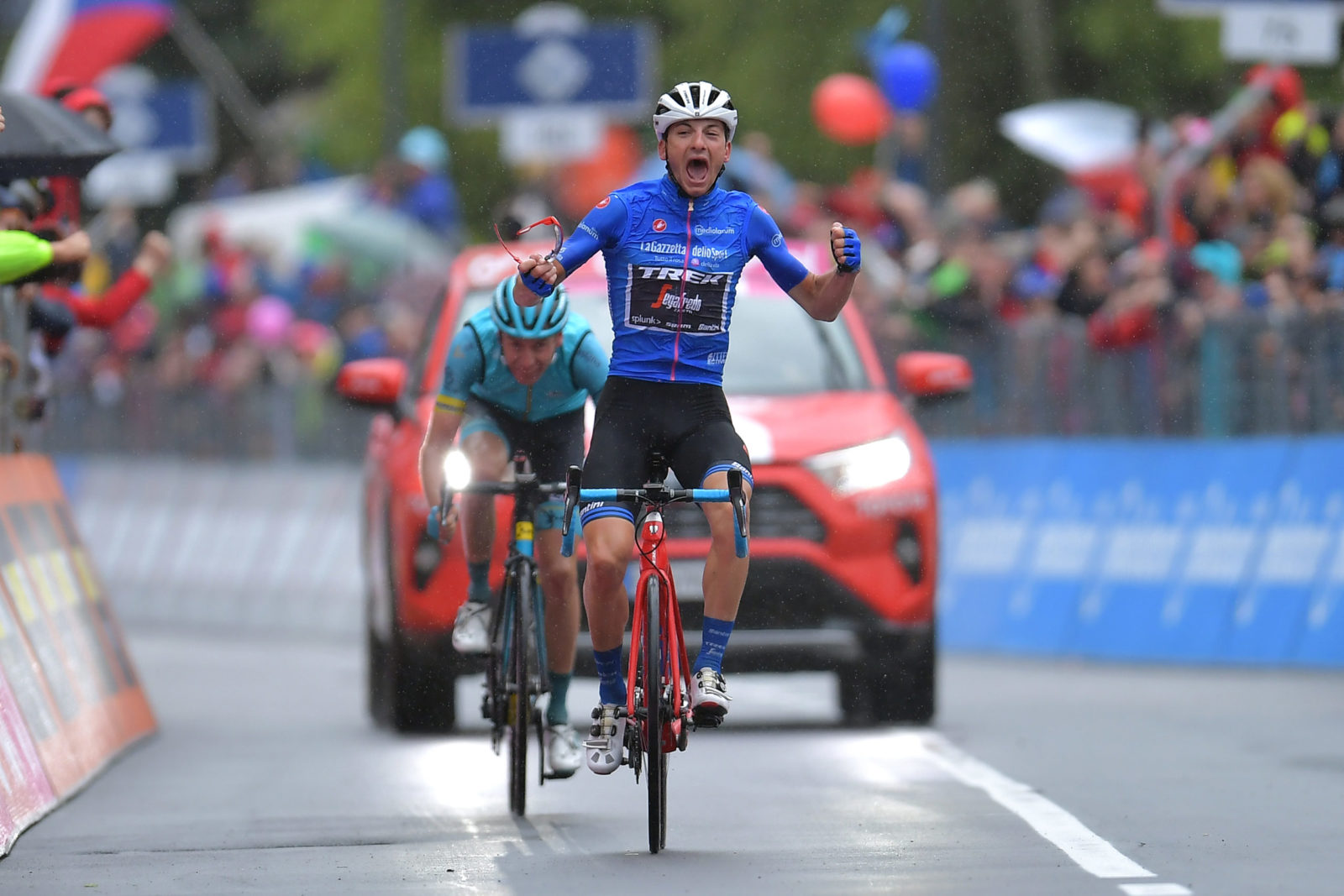 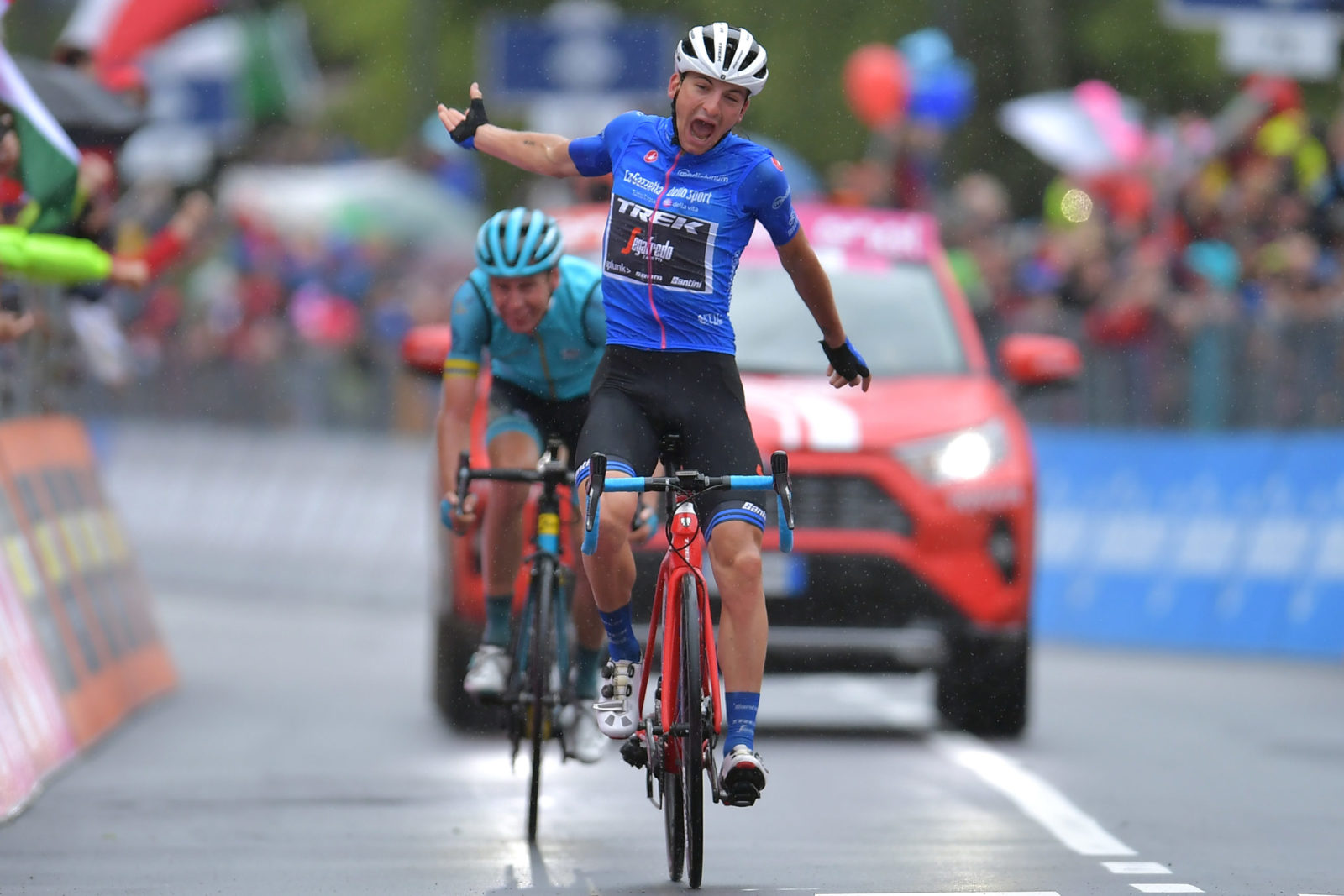 Without a doubt, that victory was the most important of my career so far: the prestige, the difficulty of the course, the weather – just the whole day.

In short, a big coup and certainly not the result of chance. It was the peak of a great Giro d’Italia that, as a rider, took me into a new dimension. The chase for the Azzurra jersey, the support I gave to Bauke [Mollema] for the general classification, and the stage success. I worked hard to arrive prepared for that race, and I made many sacrifices. That May 28th, in Ponte di Legno, I received my best reward. 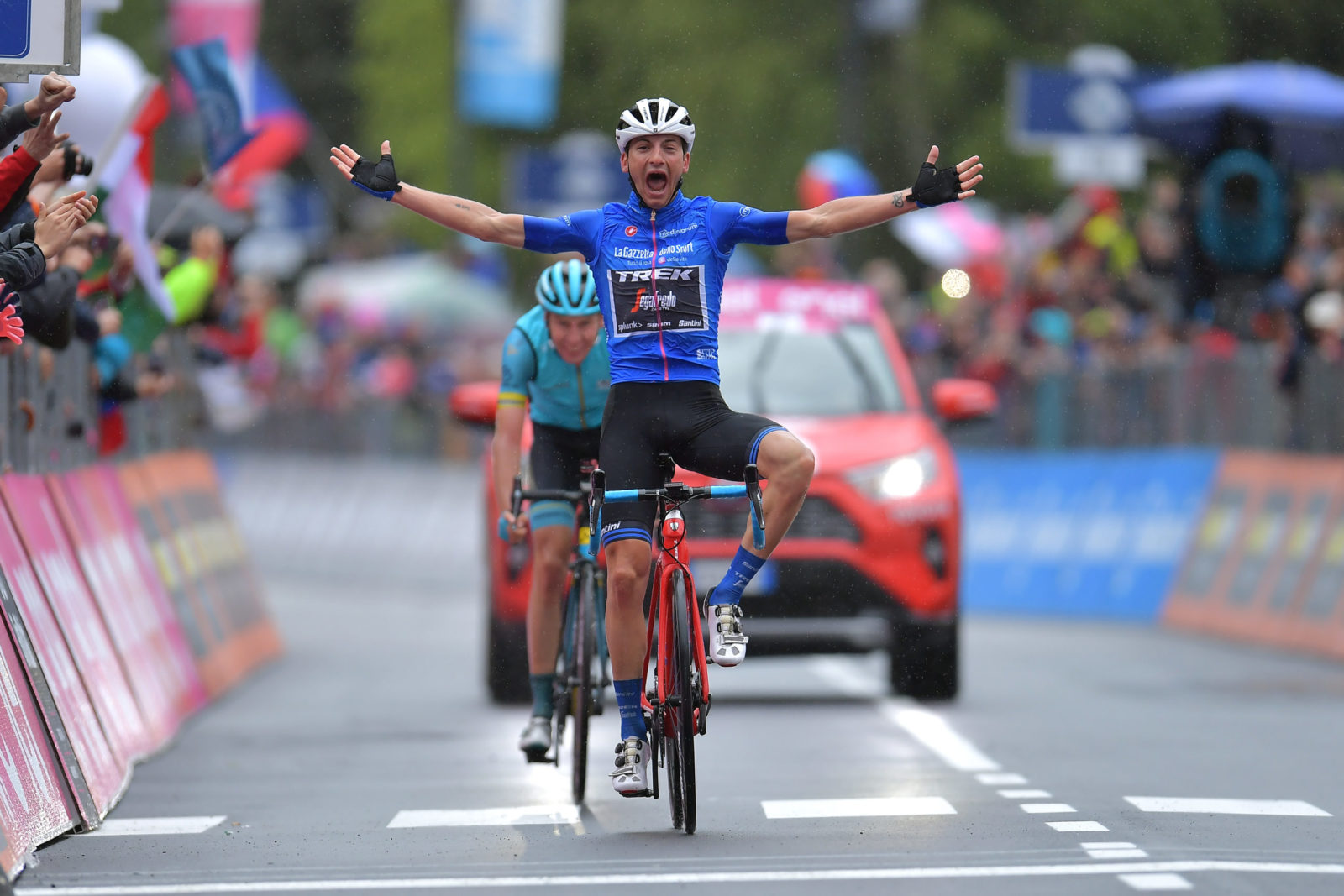