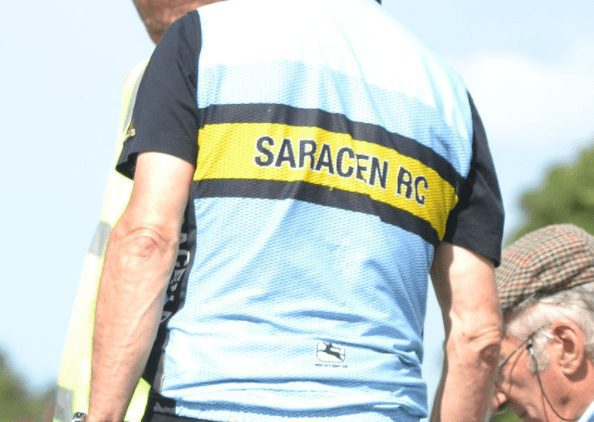 This was to be my first time trial in a little while, having busied myself with sportives and managing to overdo things and strain a knee after the Civil Service races.

It was also another couple of firsts. My first go on the K33/10D circuit just south of Alcester in Warwickshire and my first time trial ridden with a power meter.

A power meter gives a huge advantage when time trialling. Every rider should known their FTP (Functional Threshold Power) which is the amount of power they theoretically can hold over the course of an hour. Helpfully the test for this is done over 20 minutes, roughly time trial length. If you know this number then you can ride to it without overexerting yourself too early in a time trial. Last time I’d worked out my FTP, it was 288 watts, respectable but around 200 shy of a pro.

On paper the K33/10D circuit should be the quickest circuit I’d done so far, putting a new 10 mile PB on the cards. However I didn’t have my deep front wheel as it’s still in the shop after the spoke I popped on my last time trial in Lancashire. This would mean I would lose some time. I’d lose a bit more when it turned out only one of my latex overshoes was in the packet they live in. That’s another potential 5-12 seconds gone.

All of which paled in comparision by me starting late for the first time. Needing a quick trip to the loo, I misjudged how long it would take me to get to the start line. The start was 2 miles away from the HQ village and up a hill. Also a thunderstorm had just started rumbling and chucking it down as I rolled off to the start. The time I was given at the end was only 7 seconds more than what I got on my Garmin so I could only have just missed it. But still, another 7 seconds gone! 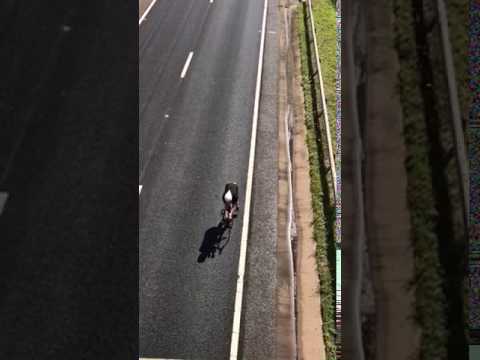 The actual start of the Saracen RC Open TT

Starting with a raised heartbeat after the rush and in a bit of a mood with myself for being late isn’t great. The storm was showing itself too and within a mile or two my feet felt soaked despite my efforts to avoid the puddles. Big puddles slow you down so there was more than just self-preservation at work here! The only thing close to resembling a hill was at mile 2. It got dispatched relatively easily, the rolling downhill beforehand helping things out. I was aiming to keep my average power as close as possible to that ftp figure of 288, but extra efforts on hills help you go quicker so the average figure wasn’t useful until I got to the first turn.

K33/10D is a simple route, a simple first exist left at the pub in Norton took me off the roads that I’d ridden before and onto a nice slight downhill with a good tailwind through the village of Salford Priors. I managed to successfully hit the pothole hidden by the shadows of the trees which sent me into a bit of wobble, luckily I managed to hold it – it’d been a month since I’d used the time trial bars but they didn’t feel too hard to control. I managed to pass my minute man in the village, so knew I hadn’t started too late.

For once I didn’t have any traffic on a big roundabout on a time trial and was able to keep some speed up making the turn onto the A46. This was my first time riding competitively on a busy-ish dual carriageway, the A46 is certainly not a road I’d cycle on normally. I got passed by the rider who started 2 minutes behind me, he was smashing along close to the middle of the road trying to pick up any possible draft from passing traffic. This is the reason dual-carriageways get used for time trials, lorries in particular help riders post (somewhat artificially) quick times as they punch a big hole in the air.

Again getting lucky with the final roundabout, I had a quick sprint for the finish line to post a time of 24:14 – a new 10 mile PB! My average power ended up being 286 watts so not far off the target there too – definitely felt that I could go quicker though with all the little things that didn’t go right on the day. Maybe next time!