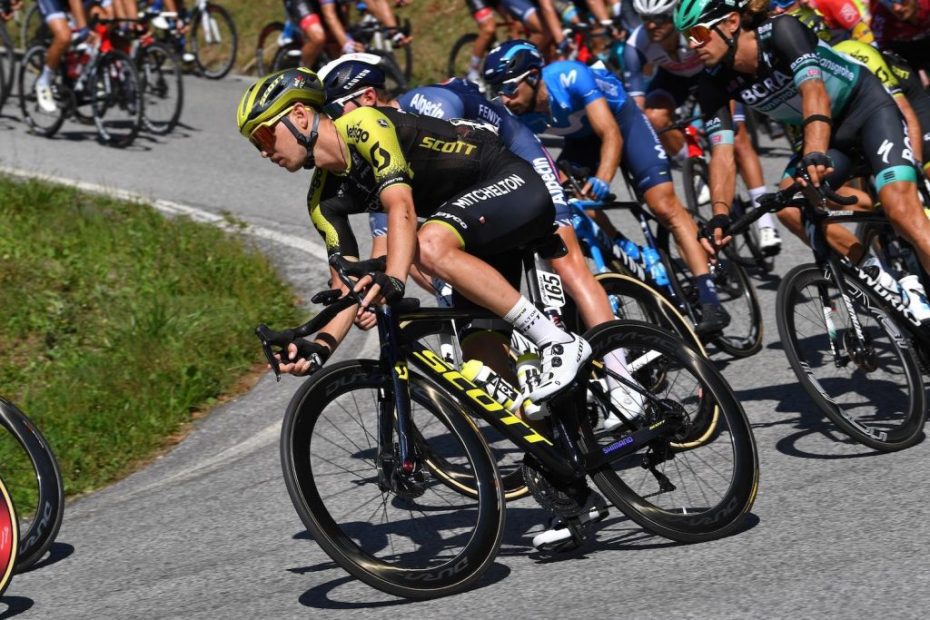 Kiwi Dion Smith sprinted to a superb sixth place at the end of a long and brutal edition of Milan-San Remo.

The 27-year-old recorded his best ever finish in a Monument classic, sprinting from a select group of favourites behind eventual winner Wout van Aert (Team Jumbo-Visma).

Routine Start
It didn’t take long for a breakaway to form with seven riders going clear in the opening kilometres of the race. The peloton then knocked off the pace, allowing the escapees a maximum advantage of 6’45”.

The gap hovered around the six-minutes mark by the time the race reached the halfway point and the first climb of the day, the Niella Belbo. A touch of wheels then saw Smith hit the ground, but the Kiwi was quickly back on his and on his bike.

The gap to the break continued to fall as the peloton passed over the Colle di Nava and the advantage was down to two-minutes on the fast and flowing descent. The pace in the pack was then ramped up as the Cipressa loomed, and final escapee was mopped with 35km to go.

Fireworks
No attacks stuck up the climb, but Daniel Oss (Bora – hansgrohe) launched a counter attack down the descent. The Italian opened up a 15second gap over the thinned out peloton, with Mitchelton-SCOTT amassing on the front of the bunch to assist in the chase and to setup Smith for the upcoming Poggio.

2019 winner Julian Alaphilippe (Deceuninck – Quick Step) was the first of the favourites to make a move on the slopes and he was soon followed by Van Aert. Meanwhile Smith held on in a select chase group behind as they raced down towards the finish line.

The gap to the leading duo was tumbling as they passed under the flamme rouge and as the line came into sight, Smith opened up the sprint behind. However, it was too little too late as Van Aert took the win, while Smith crossed the line in impressive sixth place to cap a brutal day in the saddle.

Dion Smith:
“The boys did awesome all day, it was super-hot out there so to have them get bottles for me and ice socks all day, just even saving me having to go back to the car made the difference in the end. So that was super awesome by them.

“The sprint was strange, there were a few fast guys there, obviously faster than me so I had to play it a little bit smart. I actually ended up of Gilbert’s wheel and he hit out, and I just got on his wheel. I just thought ‘if in doubt, lead it out’! I was on his wheel and I maybe went a little bit too early, but I just put my head down.

“I managed to get around Gilbert, but then a couple of guys came from behind. Van Aert and Alaphilippe looked pretty close, but by the time they opened their sprint up there was still a bit of a gap. There was a small chance that we might have caught them.

“I’m super happy with that [the result], the team were awesome. They put full faith in me and I was pretty nervous coming into the race, one of the first times the team has ridden for me and in such a big race as well. I’m just happy I can pull a result off mainly for them and the team.”

Gene Bates (Sports Director):
“That was absolutely sensational, we would have been extremely happy with a top-10, so to come in sixth with Dion is a victory. It was fantastic from the group, it’s a very young group and they rode exceptionally well.

“The plan was to support Dion and to give him the best run possible and the guys did a great job. He had a small touchdown before the top of the Nava climb, but it didn’t seem to phase him, and he was always really relaxed. We had confidence in him and he should really great leadership.

“It’s important to recognise the effort of each individual in the team today, everyone really performed their role exceptionally well and really committed to it. It was as much a team results as it was a result of Dion’s.”