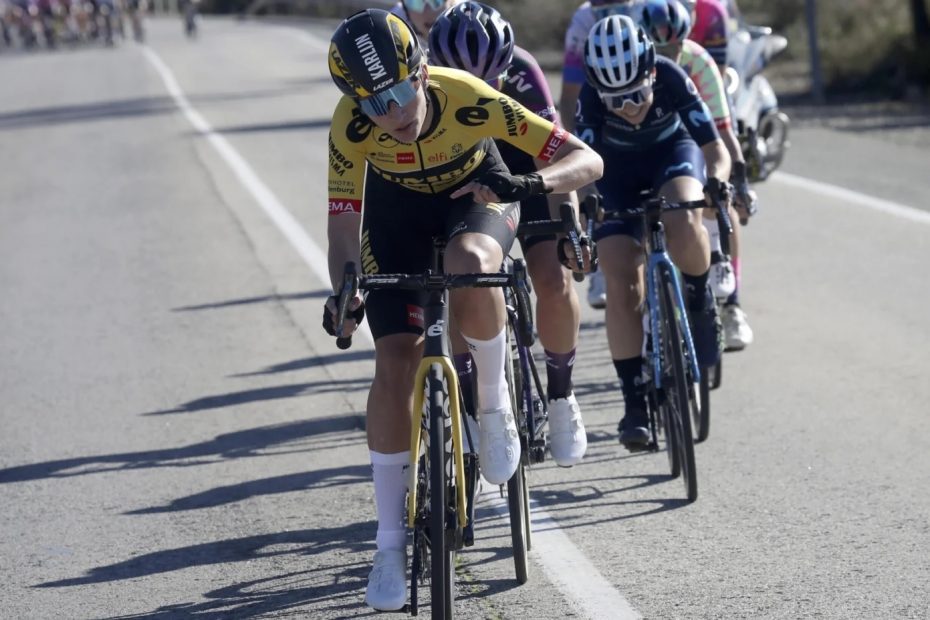 Teuntje Beekhuis tried to break away with two other riders in an attractive opening stage, but her attempt was unsuccessful. Swinkels took the points at the intermediate sprint after good team play and assured herself of the final victory in the sprint classification. The only climb of the day, the Alto de l’Ornet, turned out not to be tough enough to cause significant differences. The race ended in a bunch sprint.

Sports director Carmen Small was happy to end the race with a tangible result. “We stuck to the plan nicely. We wanted to win the intermediate sprint with Karlijn and the team did well there. It is nice to see the team performance behind it. After the climb, it all came together again because the riders still had a thirty-kilometre descent. The team did a good lead-out for Karlijn before the sprint. We learned a lot and started the season well. There is some work to do, but it is always useful to improve. It’s nice that Karlijn was able to get on the podium and show the Team Jumbo-Visma colours.”