Human Powered Health™ is completing its final preparations before the Tour of Flanders on Sunday, the crescendo to a month of Belgian racing. Known in Flemish as Ronde van Vlaanderen, the race features an obstacle course of cobbled climbs, or ‘hellingen’ and stretches of flat cobbles, or ‘kasseien’, making it both one of cycling’s monuments and one of the most exciting races of the year.

So, what makes ‘De Ronde’ such an epic day in the saddle and why should you be getting just as excited about it as the Belgian public?

Arguably the most famous cobbled climb in Belgium, the Koppenberg will make an appearance in the women’s Tour of Flanders for the first time ever.

An intimidating brute, the 2.2km climbs kicks up to 22%, and with a rutted surface, makes it particularly challenging in even bone-dry weather. History oozes out of every stone with many famous moments occurring on the hill including an episode in 1987 when the lead rider was actually run over by the commissaires car.

When it comes to the race, we can only use the men as a case study, but more often than not, the ferociously steep tree-lined climb whittles down the main group rather than triggering an attack as it comes over 40km from the finish.

No matter what happens, it will be momentous to see the peloton crest the iconic Koppenberg.

At 158.6km, this year’s route for the women is the longest since the race’s inception in 2004. Starting and finishing in Oudenaarde, the route winds around the Flemish countryside taking in 11 cobbled climbs in total, including the aforementioned Koppenberg.

Other esteemed climbs en route include the tight Molenberg climb, the popular race-deciding Oude Kwaremont and the short, sharp Paterberg. Often the launchpad for a winning move, with an average gradient of 12.90%, it’s actually steeper than the Koppenberg overall and comes with 12km to race.

The punishing course is one of the hardest on the calendar and with the climbs coming relatively close to each other, to do well at Flanders you have to be up near the front of the group for much of the day so that you don’t miss a crucial move. This makes the lead-in as critical as the bergs themselves and is one of the reasons that the racing is so captivating.

The Tour of Flanders is the crown jewel in what has been a month of Belgian racing. A national obsession, the huge crowds and committed fans are what make the race have such a festival-like atmosphere. Think Super Bowl Sunday and you go some way to understanding what is essentially a holiday.

That’s because it’s estimated that around 750,000 fans (that’s eight and a half Rose Bowls) make the trip every year for ‘Flanders’ Most Beautiful’.

You will see a lot of yellow flags on Sunday with a black lion. This is the flag of the region and will be waved feverishly throughout the day accompanied by impassioned cries of ‘UP! UP! UP!’ as riders look for all the encouragement they can get. 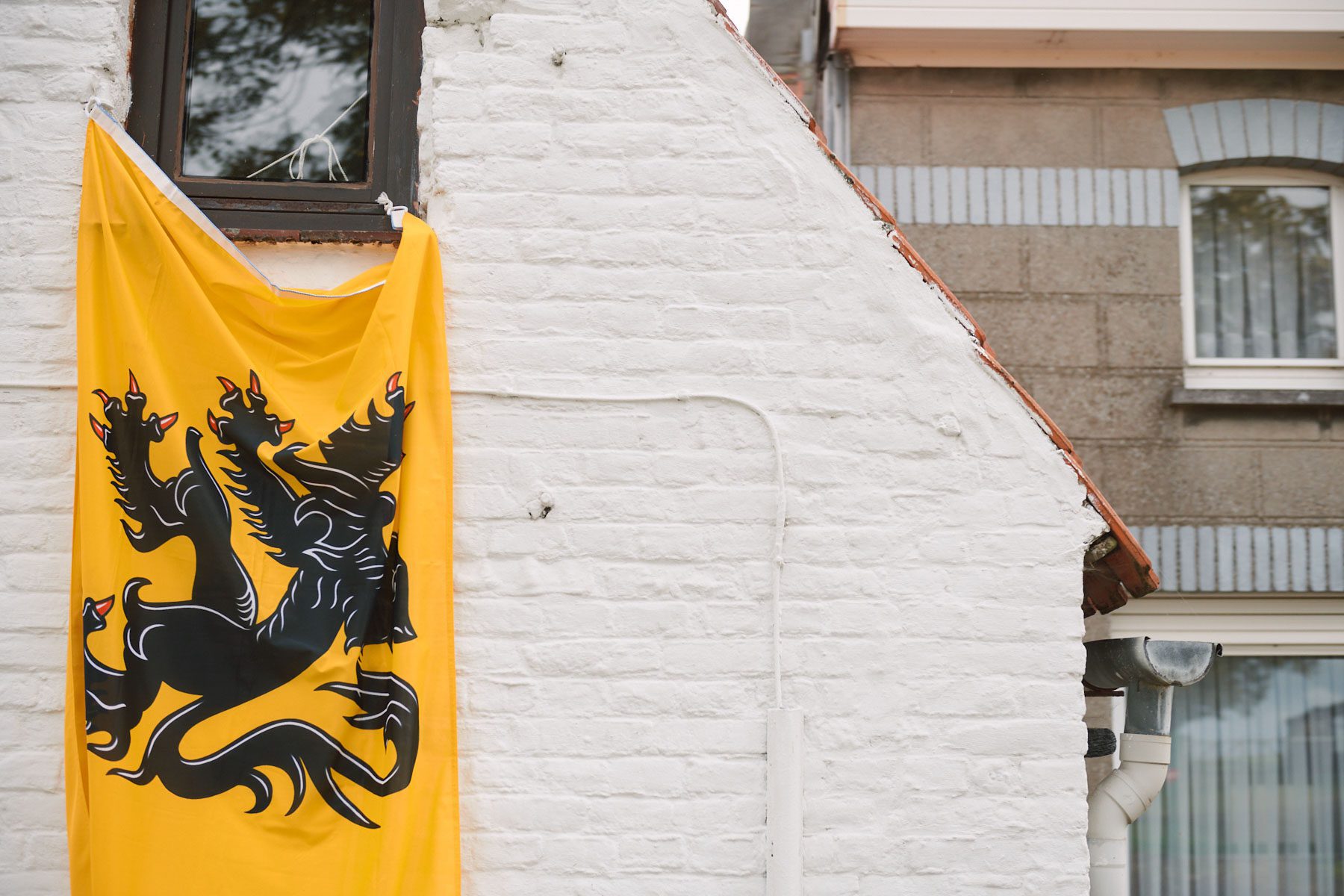 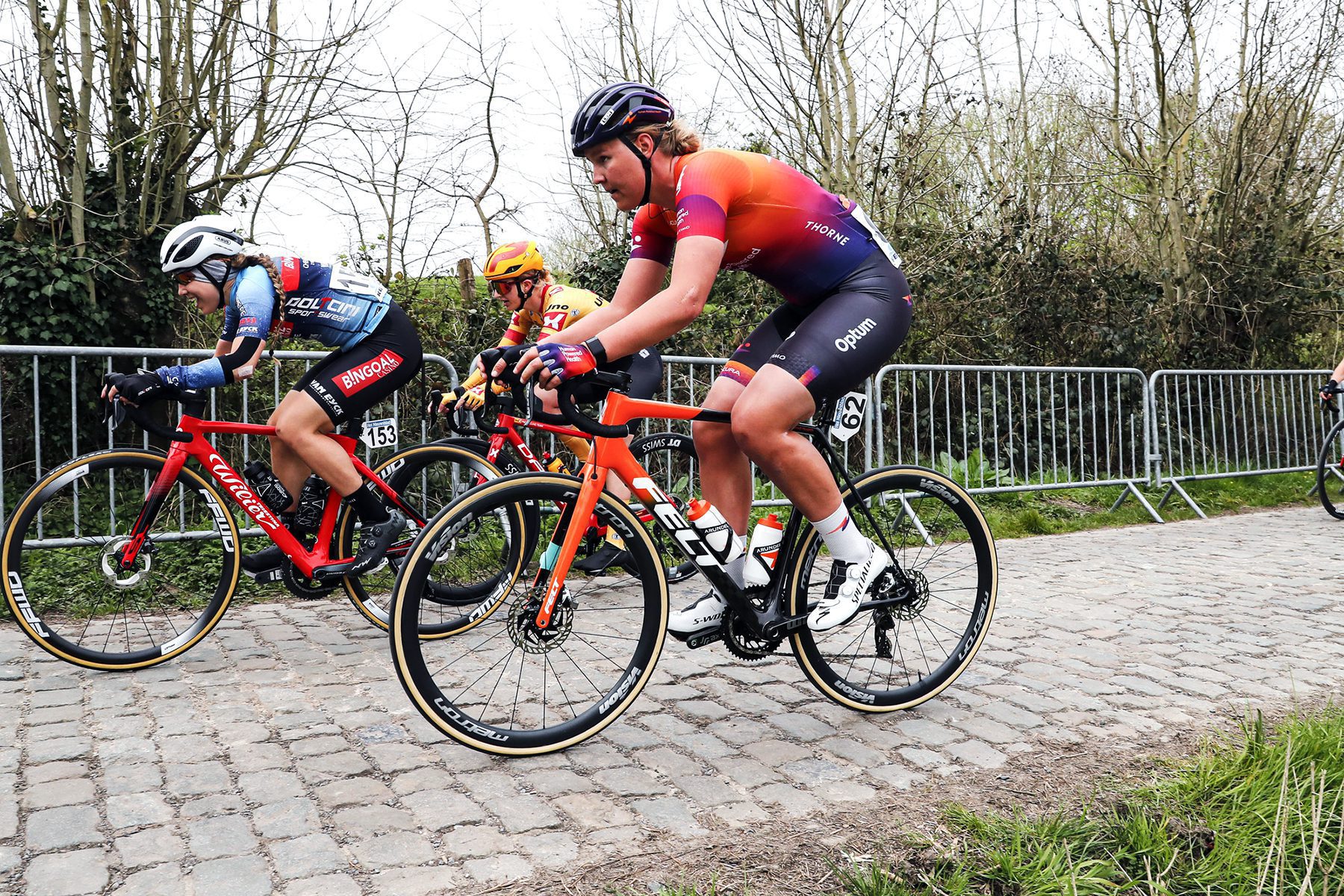 Evy Kuijpers on the cobbles.

No monetary value can be put on the prestige of standing on the top step of the podium in such an iconic race, but it’s certainly a good sign that big Women’s WorldTour races on the calendar are offering equal prize money. 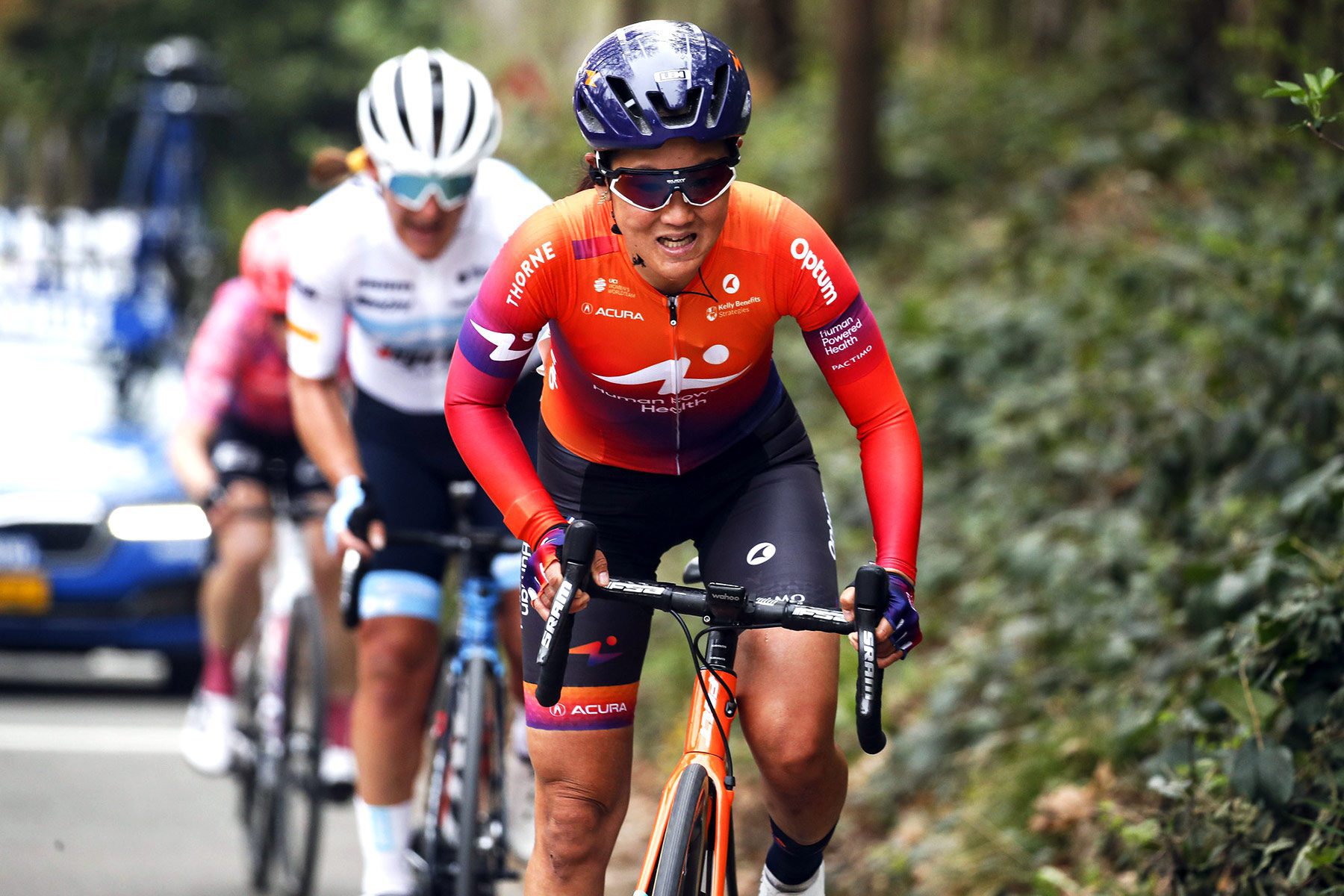 In North America, FloSports has live coverage of the racing and in Europe, it can be caught on the Eurosport Player and GCN+. Live images from the women’s race start at 10 am ET.

If you can’t contain your excitement for the broadcast, keep up with the team’s updates on social media as we will be bringing wall-to-wall coverage from the ground.