Thibaut Pinot to retire at the end of 2023 season 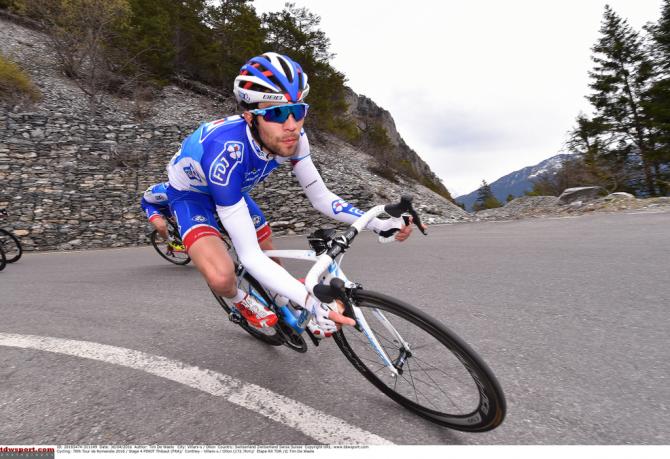 32 year old French rider Thibaut Pinot has announced that he will be retiring at the end of the 2023 season at his team’s 2023 presentation. The Groupama-FDJ rider finished 3rd at the 2014 Tour de France, winning the young rider’s white jersey in the process. Pinot came closest to winning the Tour in 2019 but ultimately had to abandon on the penultimate mountain stage with thigh issues after hitting it on his handlebars. He’d won one of the toughest stages on the Col du Tourmalet that Tour.

“I’m really motivated to win as much as possible, to finish as high as possible, I’m going to do everything I can. I’ve rarely been as motivated at the start of a season and I want to end on a high.

I do everything and I’m going to continue to do everything to achieve the best results possible. I’m also announcing my retirement early to free myself from this weight and to have fun for all these last times.

Cycling has taken a third of my life and now I want to devote myself to my second passion: animals and nature. I’ve always wanted to create things from what nature offers us – making honey, growing fruit and vegetables, seeing what the animals can give us.”

Pinot won 3 stages of the Tour de France, a pair of Vuelta a Espana stages and a monument at the 2018 Il Lombardia. That’s also where Pinot will finish his pro career in October 2023.