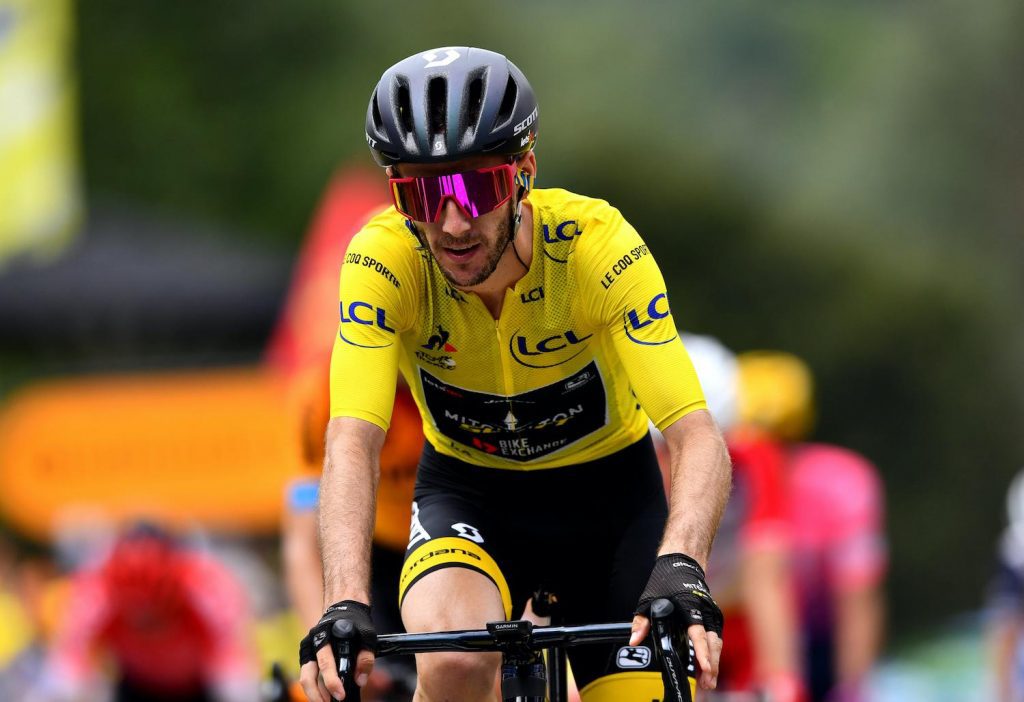 The amount of Tour de France prize money that teams earn varies each year. This year the total prize money pot is €2.293 million. The biggest prize goes to the overall winner who will take home €500,000. Finish a still respectable 15th place though and you’ll only receive €2,000. Movistar’s continuing obsession with winning the best team prize makes sense once you see that it can earn you €50,000 by winning it. There are a whole host of other ways of earning prize money throughout the Tour de France.

Simply wearing any of the main jerseys for a day can see a rider earn a bonus. Yellow is the biggest one, as you’d expect, with a bonus of €500 paid each day to the wearer. Each of the other jerseys – White, Green and Polka-Dot – earns €300 per day. There’s also an extra daily bonus paid to the best youth rider of the individual stages, they receive €500.

King of the Mountains Jersey

Probably the most complicated set of prize money bonuses to drill down and explain. There are 4 different categories of climbs, each with their own bonus amounts and number of riders who can earn prize money. At the end of the Tour de France, the top 8 in the classification get prize money. The winner receives €25,000, then €15,000 and €10,000 for the rest of the podium. 4th starts at €4000 and each place drops €500, so 8th receives €2,000.

There’s also an extra added bonus for the first rider over the Col de la Loze on Stage 17 – the highest point in the 2020 Tour de France. Called the Souvenir Henri Desgrange in memory of the race’s founder, that rider will receive €5,000.

There is no Souvenir Jacques Goddet in the 2020 Tour de France. This is usually awarded for the first rider over the Col du Tourmalet, which isn’t in this year’s race route.

Not quite a jersey, but the most aggressive rider on each stage earns €2,000 for their efforts. The winner of the Super Combative prize at the end of the race will earn €20,000. A reward for their hard efforts to animate the race or the long days spent in the breakaway.

The intermediate sprints feed into the Green Jersey competition, but often the first across the line are the breakaway riders. The top-3 earn prize money in this way – €1,500, €1,000 and €500 – a handy addition to the team’s earnings.

The team prize in recent years of the Tour de France has been calculated by taking the times of the 3 best placed riders on each stage. The riders can vary from stage to stage and the team has to maintain at least 3 riders in the race to be eligible.

The biggest surprises here are just how little that Groupama-FDJ have earned over the first week and a half of the 2020 Tour de France and the same applies for the big teams of Ineos and Movistar. The bulk of Trek-Segafredo’s prize money comes from winning the best daily team prize on 3 stages so far. No team has had all of their riders earn prize money yet. AG2R are the closest with only Alexis Vuillermoz missing out. Conversely, 4 teams have had just 2 riders earn prize money – UAE-Team Emirates, Lotto-Soudal and the bottom 2 teams.

UAE-Team Emirates have already earned €8,520 more in prize money than they did for the whole of the 2019 Tour de France. Astana and Cofidis aren’t far behind them, both teams are under €4,000 away from beating their 2019 prize money totals. Looking at the data in this way favours teams that didn’t win any of the classifications last year however. Ineos, for instance, are a whopping €792,650 behind what they earned in the 2019 Tour so far.

The top 10 riders are unsurprisingly dominated by those who have won stages or consistently placed highly on a couple of days. Peter Sagan is the only other rider to have earned over €10,000 individually so far. A host of sprinters, breakaway riders and jersey wearers make up most of the remaining riders in the chart.

The Overall contenders are relatively light so far. Understandable when their big bonuses come at the end of the tour and the more mountain stages packed closer to the finish. The current top-3 all find themselves in the graphic above but Romain Bardet in 4th misses out and so does Rigoberto Uran in 6th place. Nairo Quintana in 5th sneaks in but Pogačar and Yates in 6th/7th are relatively high after their own heroics.

Some big movers in this list. UAE-Team Emirates shot up after Tadej Pogačar took 3 of the 4 jerseys in this year’s Tour de France. Jumbo-Visma seemed nailed on to finish top with Roglič seeming about to win the Tour de France and the number of stage wins along the way. Movistar made their usual jump up the table by winning the team prize, once again.

It wasn’t a good tour for the Pro Continental French teams with Total Direct Energie and Arkea-Samic at the bottom of the table. B&B Hotels were a decent exception though. Israel Start-Up Nation were the only other team to earn less than €20,000.

The biggest losers since last year’s prize money table are obviously Ineos. Lacking a GC contender, only Richard Carapaz was in the top 10 paid riders. They finish the 2020 Tour de France a whopping €728,630 less well off than the 2019 edition. The other big losers are Bora with €93,640 and Lotto Soudal with €95,010.

Tadej Pogačar’s winnings dwarf everyone else’s as the winner of the yellow jersey, polka dot jersey and white jersey. The GC domination is broken up by Sam Bennett whose stage wins and successful attempt at the green jersey put him 5th in the list. Despite only sprinting a couple of times, 2-time stage winner Wout van Aert appears in 8th place. A relatively off-colour performance from Peter Sagan, in which he didn’t win the Green jersey for the first time in a completed Tour de France, was still enough to put him 9th in the money list.