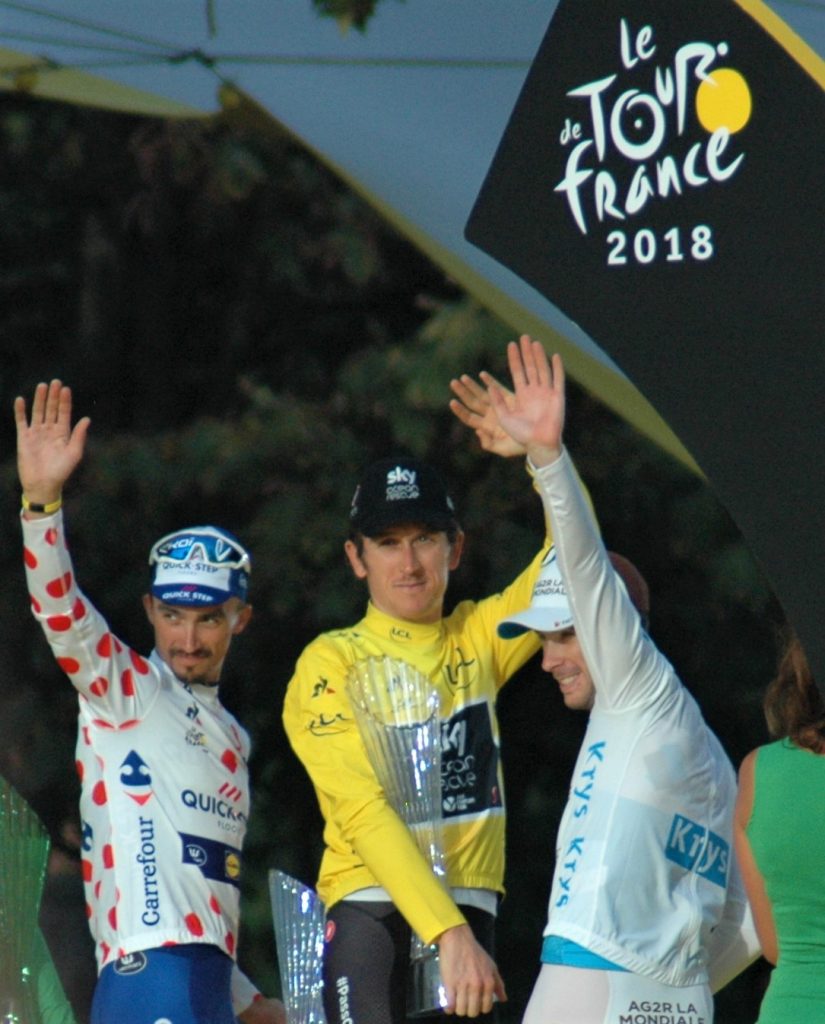 Each year there’s a huge prize money pot for riders and teams to lay claim to. Obviously the biggest prize goes to the winner of the yellow jersey in Paris but each of the intermediate sprints and KoM points contributes to a team’s winnings. You can see why some riders with no apparent vested interest suddenly get excited when there’s some money on the line.

Conversely, we see two strong GC teams right at the bottom in Movistar and Astana. With no strong stage finishes and no sprinters, both teams have been struggling to earn the big bonuses. Expect this to change once we get into the proper mountains.

Jumbo-Visma find themselves still at the top as a result of the consistent high placings of Dylan Groenewegen and Steven Kruijswijk, although they also saw Van Aert go home after a nasty crash. Lotto-Soudal have maintained their prize money podium thanks to Ewan’s sprinting, the daily injection of KoM money from Tim Wellens and Thomas de Gendt’s epic stage win. Deceuninck-Quickstep have caught up and overtaken them though, largely thanks to the work of Alaphilippe in the yellow jersey.

The biggest movers are Groupama-FDJ, Mitchelton-Scott and to a lesser extent, Movistar. Thibaut Pinot’s stage wins has seen Groupama-FDJ earn more and the 5000 Euros earned for the Jacques Goddet Souvenir (by being first up the Tourmalet) has helped out too. Simon Yates has won twice in the last week after deliberately resting up and losing a bulk of time during the first week. Yesterday’s stage win was particularly impressive, being in the breakaway all day and holding off the GC contenders by 33 seconds. Movistar moved up from next to last thanks to Mikel Landa actually finishing highly on stages for the first time. Quintana and Valverde have thrown in some loose change too.

It’s over for another year! Egan Bernal took his first Tour de France and at 22 years old, was the youngest winner since Jan Ullrich won in 1997. His teammate Geraint Thomas finished 2nd, an impressive defence of his 2018 title. The podium was rounded out by Steven Kruijswijk – an improvement on his 5th in 2018.
Home favourite Julian Alaphilippe held on well but ultimately finished 5th. France did manage to win the KoM jersey once again, thanks to Romain Bardet.

Unsurprisingly, the 500k€ won by the winner has seen Team Ineos take a big lead in the prize money standings. They also took the 200k€ for the runner-up too which helps exacerbate the gap between them and everybody else.
Jumbo-Visma’s quieter 3rd week is helped by Kruijwijk’s 100k€ for finishing 3rd – they finish a strong 2nd in the prize money table. Dcecuninck Quickstep round out their Tour with Alaphilippe earning a massive chunk for being the Most Aggressive Rider – he also got 50k€ for finishing 5th.

The biggest jump other than Ineos was by Movistar who got a combined 49k€ for having 3 riders finish in the top 10, but also another 50k€ for winning the overall team prize too.

It’s not a shock but the quieter teams of the Tour find themselves at the bottom of the prize money table. Total Direct Energie didn’t show up much at all, until right at the end where Niccolo Bonifazio wasn’t too far off a win on the Champs Elysees. Katusha didn’t have a sprinter and no-one in the overall either, not a good combination. Dimension-Data were in the same boat once Nizzolo went home – despite Edvald Boasson Hagen’s best efforts.

Unsurprisingly, GC riders have shot up and onto this list with the major bonuses on offer for a high overall finish. Alaphilippe’s lengthy stay in the yellow jersey helped him rack up lots of daily prizes and the Most Aggressive Rider prize helped out too. In a similar way, Peter Sagan earned lots for his stay in the Green Jersey that lasted the entire Tour. Caleb Ewan’s excellent sprinting puts him high on the list too.

With such a big prize for winning the overall, Egan Bernal earned his team the highest percentage of a team’s total by a single rider – 69.5%. Considering he was so off form, Romain Bardet is a surprise 2nd highest with 67.2% of AG2R’s total. Sunweb’s Michael Matthews rescued his team’s Tour with 59.7% of their total.

There were 6 riders who earned their teams no money at all during this year’s Tour de France. They were: Patrick Bevin, Rohan Dennis, Nicholas Edet, Luke Rowe, Luis Leon Sanchez and Tejay van Garderen. In fact, Luke Rowe picked up 2 fines during the Tour so effectively ended up with a total of around -1000€.