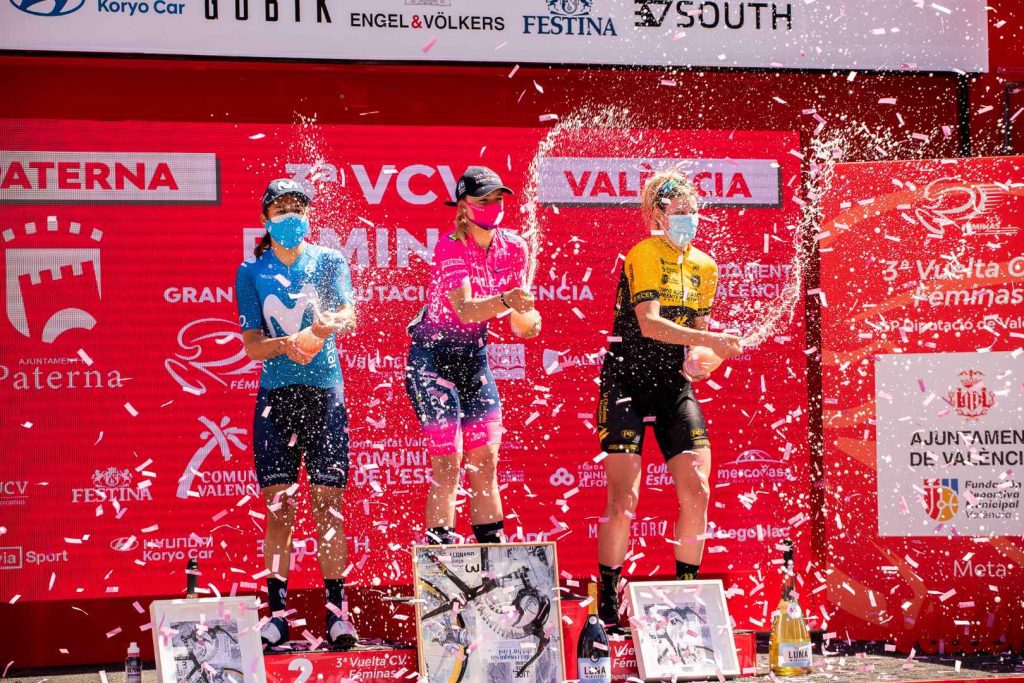 The Vuelta CV Feminas holds a position early in the calendar as one of the first sprint races of the year. It’s an easy way for sprinters to claim their first win of the season. Each of the 3 editions held so far has been a big bunch sprint. The climbing in the middle of the parcours seemingly hasn’t been enough to break the race apart so far.

Chiara Consonni took the win last season as the Valcar sprint train showed its potential and power. The team had been on the podium previously with Teniel Campbell in 2020 when Marta Bastianelli won. Barbara Guarischi was in 2nd place, repeating her finish from 2020. Elodie le Bail was a shock podium finisher for Stade Rochelais-Charente Maritime. 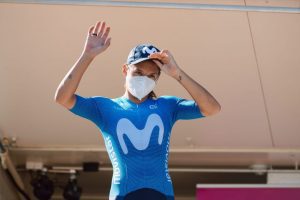 Riders are still being announced – this will be updated regularly until the race starts!

Lets start with last year’s winner, Chiara Consonni. With star Elisa Balsamo moving on to Trek, Consonni is now the top dog sprinter at Valcar. She won regularly in 2021 but will get even more chances this year. The Valcar train has also lost Vittoria Guazzini to FDJ but they could still hold onto their reputation as the best drilled sprint train in women’s cycling. If the train works as we think it will, Consonni wins easily.

It feels like Barbara Guarischi has been a pro since forever, but it’s 2009 in fact. She’s been the runner-up at Vuelta CV Feminas in both the last two editions. Each time she’s just been pipped to the post by Italians – Consonni & Bastianelli. She’s only taken one victory since 2016 though. So I’d expect her to finish highly again but probably not win here.

UAE Team ADQ are bringing the 2020 winner Marta Bastianelli to the race. She had a solid 2021 season, winning a Tour of Britain sprint stage but didn’t quite hit her peak. She was often nearer to the bottom of the Top 10 at major races rather than the top and we may have seen her best. This race is an easy way for her to get off the mark in 2022 though against a relatively weaker field.

This race will be the first-ever for Team Uno-X and you’d feel like Susanne Andersen is going to be their leader here. She’s not done this race before but she has a reputation for having a strong sprint after a hard day in the saddle. The climbing in the middle of the day therefore, shouldn’t dull the sharpness of what she can do at the finish line.

Silvia Zanardi is a rider I thought might be picked up by a WWT team for 2022 but she remains at BePink. The current U23 European champion certainly has a sprint, particularly on tough days. With that in mind, the early part of the day shouldn’t cause too many issues and she’ll have the strength left to get a good result.

Sandra Alonso has been signed by Ceratizit-WNT over the off-season to replace the retiring Kristen Wild. Those are big shoes to fill but Alonso impressed particularly at least year’s Setmana Ciclista Valenciana – taking a stage victory. She was 6th in this race last year and with a strong team to lead her out, could make the podium in 2022.

Agnieta Francke is a Dutch rider who has been racing on Spanish teams for a while. The one-time teammate of Marianne Vos and Annemiek van Vleuten is now at Sopela Women’s Team. Francke has finished in the top-10 in the last 2 editions of Vuelta CV Feminas – 7th in 2021 and 8th in 2020. She’s shown that she can sprint well at the end of races with a solid amount of climbing involved.

The strongest sprinter for Stade Rochelais-Charente Maritime is Arianna Pruisscher. She took a number of top-10s in the flatter lower-level Belgian races last season. As well as making the top-10 in GC at the very lumpy Kreizh Breizh Elites. She’s a rider who should be up there but probably behind the WWT stars. There’s always a chance she matches Elodie Le Bail’s 3rd place for the team here last season.

Only 19, Eva Anguela Yaguez was 8th here last season for Spanish Conti team Rio Miera-Cantabria Deporte. The former Spanish national junior champion has shown she is a useful sprinter but the rest of her 2021 results were mainly DNFs. For the young rider, backing up last year’s result would be a great step forward.